Rooftop solar power has not gained as much traction as the utility-scale ground-mounted solar power segment in India. Despite having central and state policies, a conducive net metering framework and ambitious targets in place, the segment has shown few signs of overcoming its inertia, especially in the residential space. A major momentum will be required to achieve the target of 40 GW of rooftop capacity installations by 2022.

The rooftop solar segment has been receiving a considerable financial boost in the form of central and state subsidies aimed at giving it the thrust it requires to increase annual capacity additions. In fact, one of the biggest challenges, discom reluctance, was resolved by the government by giving discoms a $3.7 billion financial assistance package. In addition, central financial assistance (CFA) continues to be provided for the installation of projects. The Assam Government has recently announced a CFA of 70 per cent for the deployment of rooftop solar power systems on residential, institutional and social sector buildings in the state. Meanwhile, the Haryana government has released CFA guidelines that aim to subsidise rooftop solar power installations by 30 per cent or Rs 20,000 per kW, whichever is lower.

The installed rooftop solar capacity currently stands at a little over 2 GW. To achieve 40 GW of capacity in the next four years, annual targets need to be close to 10 GW. However, the target for the current year is only 1,000 MW, of which only 1.83 MW has been achieved so far. Low targets and even lower performance against these targets are the result of multiple factors at play in the rooftop solar space.

Renewable Watch explores the role of subsidies and other incentives in the rooftop solar segment, and possible solutions for fast-paced growth.

Contrary to many international markets where rooftop solar has been a primary driver for the growth of the entire solar power market, the Indian market has leaned heavily towards the utility-scale solar segment. One of the chief reasons for this is the price-sensitive domestic market and the relatively low-cost power, especially in

the residential segment. Thus, the introduction of subsidy schemes was a natural progression towards stimulating the Indian rooftop solar segment.

The government has recently introduced a number of subsidy and incentive schemes to improve the state of the rooftop solar segment. These include a concept note for a scheme for the inclusion of discoms as implementing agencies for rooftop solar power projects in states. As per the note, financial assistance of Rs 234.5 billion will be given to discoms as incentive for rooftop solar installations within their jurisdiction. This aims to resolve two of the biggest challenges in the segment – the existence of multiple nodal agencies, and the reluctance of discoms to provide approvals for rooftop solar.

On the flip side, this scheme would also give discoms as implementing agencies the power to single-handedly block the growth of rooftop solar power by withholding the required approvals. The disbursement of the subsidies and incentives could then be stalled, leading to the segment shrinking further. The question, therefore, remains whether the incentives being given to the discoms as part of the scheme are enough to compensate for the loss of their revenues from the commercial and industrial (C&I) segment. On the demand side, capital costs have fallen significantly, making rooftop solar power installation affordable, at least for big C&I companies.

While the scheme is yet to be approved, its success will depend largely on the discoms’ willingness to relinquish high-paying customers in exchange for financial incentives incumbent upon their performance as implementing agencies.

The downside of subsidising solar power has been observed in the Indian market. The subsidies issued during the initial phase of the National Solar Mission (NSM) ended up damaging the project pipeline primarily due to a delay in disbursements. Moreover, many banks did not want to manage the subsidies, creating a gap in policy implementation. These issues continue to be seen in the rooftop solar segment as well, and the disbursement of these subsidies remains a question.

While subsidies are crucial for a nascent market, sustainable growth cannot depend purely on financing support in the long term. The rooftop solar segment has now reached a pivotal point where market forces have made it economically viable to function without the need for financial assistance. A drop in the costs of solar power equipment, increased awareness and the existence of multiple business models have all precluded the need for financial assistance from the exchequer.

A deep dive into the financial model of rooftop solar power projects at current tariffs and costs provides an insight into the justification for subsidies. The analysis reveals a pre-CFA internal rate of return (IRR) of over 14 per cent for a 1 kW plant, with a life of 25 years. A tariff of Rs 7.50 per kWh has been used for these calculations, as per the current market price of third-party sales of rooftop solar power for the C&I segment. Considering the downward pressure on margins exerted by low tariffs and the low offtake of power, this rate of return falls within the moderate to good category. To provide some perspective competitively bid wind power projects with similar parameters have an IRR of about 6 per cent.

The IRR increases significantly if the capital cost is lowered by factoring in the high CFA provided to these projects. In the case of Haryana, considering the Rs 20,000 per kW subsidy amount specified in its CFA policy  while keeping all other parameters constant, the IRR increases to 22 per cent.

It is clear that subsidising rooftop solar deployments for the C&I segments is not necessary. If anything, it leads to an increase in the profit margins of developers, which partly defeats the purpose of regulating the market.

The argument then comes down to a market’s growth strategy whether it grows through a value-based system or a profit-based system. The Indian renewable energy market has traditionally been a value-based market, considering the competitiveness and low tariffs that increasingly diminish  its profits. It must be noted that value-based growth has enough room for company profits, and works for the greater good of all stakeholders and not wholly to create profits for a particular category. The rooftop solar segment, stemming from the same philosophy, has received subsidies that aim to create value for consumers and not to drive profits.

However, with evolving solar power economics making installations progressively more affordable, the rooftop segment runs the risk of being transformed into a high-profit-based market owing to subsidies that may not be necessary.

The rooftop solar power market needs to gain traction in order to achieve its targets. The thrust, however, must come from policies that look to simplify the approval procedures through single-window clearances. The financial subsidies should be removed for the C&I consumer segments and the market should be allowed to grow on its own in order to create a sustainable ecosystem. A framework for the development of rooftop solar plus storage technology also needs to be developed to enable better offtake of power and innovative methods of finance must be introduced to lower the cost of capital.

Despite subsidies being available over the years, given the sluggish pace of growth, it can be deduced that their overall effect on the market is not significant. Meanwhile, the financial pressure on the government remains high as it must not only compensate the developers but also forfeit high commercial and industrial revenue. Under such high-input and low-output conditions, subsidies are more likely to harm the segment. The on-going development in rooftop solar segment could be an inflection point at which the removal of subsidies could lead to greater market value. 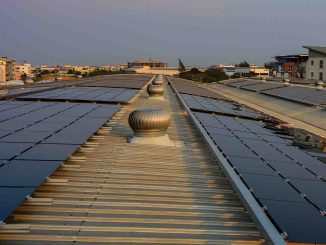 September 2019
By Ashay Abbhi The total rooftop solar capacity installed in the country is insignificant as compared to the ground-mounted capacity. While ground-mou...
More 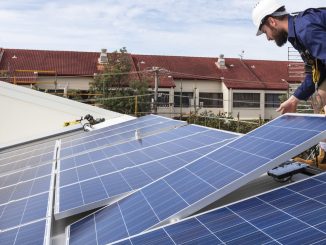