While the utility-scale solar segment has grown exponentially, the rooftop solar segment has suffered owing to operational and administrative challenges. The biggest obstacle facing the segment is discom reluctance as the growth of the commercial and industrial rooftop segments directly translates into a loss of revenue from some of their highest paying customers. The government has now found a solution to this problem by incentivising discoms for every megawatt of rooftop solar capacity installed under their jurisdiction. The total outlay for the scheme is Rs 234.5 billion.

Sustainable Rooftop Implementation for Solar Transfiguration of India (SRISTI) is a part of Phase II of the Ministry of New and Renewable Energy’s (MNRE) rooftop scheme. It is expected to resolve the key issues identified in Phase I of the rooftop programme that was based on central financial assistance (CFA) for rooftop solar installations. These issues include delays in tendering due to tenders being floated by multiple agencies, reluctance of discoms to provide net metering infrastructure and the lack of uniform regulations.

In order to ease the process of rooftop solar installation for consumers, the government has proposed to streamline the procedures by making discoms and their local offices the nodal points for the programme. Given the direct contact and reach of discoms in their designated areas, consumers will get direct access to the nodal agencies.

The government has decided to continue providing CFA for rooftop solar installations for the residential sector only as the adoption of solar by this consumer category is not financially lucrative given that they pay subsidised electricity charges. However, the commercial, industrial, government, social and other sectors will no longer enjoy the CFA subsidies as they are high-paying customers and the installation of rooftop solar systems would result in significant savings in the electricity bill.

The expenses incurred by discoms in terms of infrastructure and revenue losses will be compensated by providing performance-linked incentives. The discoms will be required to submit the cumulative capacity of grid-connected rooftop solar plants as of March 31, 2018, which will be taken as the base installed capacity of participating discoms for the first year.

In addition, the Solar Energy Corporation of India (SECI) will float an annual tender for equipment with rates that are either common across the country or vary among states. This is to facilitate the purchase of quality equipment from vendors selected by SECI or the discoms. Such a tender would ensure standardised quality across all installations, thereby efficiently resolving issues pertaining to poor quality equipment faced under Phase I.

The policy proposes several targets for rooftop solar installations in each sector. The commercial and industrial sectors have been given the largest target of 20,000 MW, considering the benefits they would receive in terms of monetary savings. The government, residential, institutional and social sectors have been given targets of 5,000 MW each. The total capacity targeted to be installed by March 2022 under the scheme, therefore, stands at 40,000 MW, of which CFA is available for only 5,000 MW installed in the residential sector.

The scheme aims to disburse Rs 234.5 billion in two forms: towards CFA for the residential sector and towards incentives given to the discoms. The government proposes to provide a CFA of Rs 18,000 per kW calculated at a benchmark cost of Rs 60,000 per kW to 5,000 MW of residential rooftop solar installations, aggregating Rs 90 billion. The discoms will be given an incentive of Rs 5,500 per kW of rooftop solar capacity installed under their jurisdiction, calculated at Rs 55,000 per kW of the benchmark cost, assuming all discoms would claim an average of 7.5 per cent as incentive, taking the finances to a total of Rs 144.5 billion.

The draft proposal by the MNRE was open to the public for comments and suggestions until December 31, 2017. Once approved, the policy is expected to catalyse growth in the rooftop solar segment. However, while the policy seems sound, effective implementation by all the agencies involved in a coordinated manner will be crucial for its success. 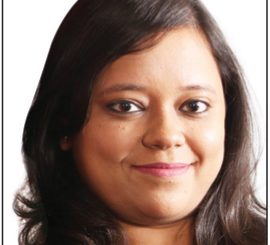 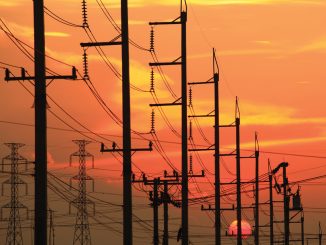