In the Union Budget 2016-17, the government reduced the accelerated depreciation benefit from 80 per cent to 40 per cent. Meanwhile, there was no clarity on whether the generation-based incentive scheme would be continued. These two factors led to a rush of installations at the end of 2016-17.

The first auction for wind power was held in early 2017. As per the Global Wind Energy Council’s (GWEC) report, “Indian Wind Energy: A Brief Outlook”, wind power installations during 2017 are expected to reach around 5,000 MW. Further, a 4-5 GW tender is expected to be released during the year, a positive step towards achieving the 60 GW target by 2022. The key highlights of the report are as follows…

There are several scenarios published in the report that examine the future role of wind power in the global system transformation necessary for a clean energy future. GWEC developed its scenarios in collaboration with the German Aerospace Centre, DLR, and the Institute for Sustainable Futures at the University of Technology, Sydney. These scenarios are updated biennially. The latest update, the Global Wind Energy Outlook (GWEO) 2016, presents scenarios for 2020, 2030 and 2050.

The GWEO 2016 uses the International Energy Agency’s (IEA) World Energy Outlook 2016, New Policies Scenario (NPS), as a baseline. Meanwhile, the IEA’s 450 Scenario, included as the climate consequences of different energy pathways, have once again come into prominence in the international political agenda. The two original scenarios are the GWEC Moderate Scenario and the GWEC Advanced Scenario.

The IEA’s NPS is based on an assessment of the current directions and intentions of both national and international energy and climate policies, including those that have not been incorporated into formal decisions or enacted into law. This scenario projects that annual wind energy markets will match the stellar results of 2014 and cross the 50 GW mark in 2016 as well, and then shrink to just under 38 GW per annum by the end of the decade. It also projects an increase to near-2015 levels in the middle of the next decade, which will gradually decline to 43 GW per annum by 2030 and then essentially stay at the same level into the mid-30 GW range, remaining flat for the rest of the period up to 2050. Based on these projections, the cumulative installed capacity would reach 639 GW by 2020, and 1,260 GW by 2030. The latter is almost 300 GW higher than the NPS projections published two years ago. By 2050, the NPS foresees global wind installations reaching 2,870 GW.

The 450 Scenario, first introduced in the IEA’s World Energy Outlook 2010, outlines an energy pathway consistent with the goal of limiting the global increase in average temperature to 2 °C, which would require the greenhouse gas concentration in the atmosphere to be limited to around 450 parts per million of carbon dioxide equivalent (ppm CO2-eq) in the long term. This scenario also sees wind statistics in 2016 at the 2014 levels, and substantially higher than that projected under the NPS. It also projects a marked increase in installations with the cumulative capacity reaching 1,454 GW by 2030, which is almost 200 GW higher than the NPS projections. By 2050, this scenario foresees global wind installations reaching 3,546 GW.

GWEC’s Moderate Scenario has many of the same characteristics as the NPS, as it takes into account all renewable policy measures that have been already enacted or are at the planning stages around the world, and at the same time assuming that the commitments for emission reduction agreed by governments at COP21, held in Paris in 2015, will be implemented, although on the modest side. At the same time, it takes into account the existing and planned national and regional targets for the uptake of renewable energy in general and wind energy in particular, and assumes that they are met. It follows GWEC’s short-term market projections prepared for its annual market update for up to 2020, with the annual market size reaching almost 80 GW per annum by 2020 to achieve a total installed capacity of 792 GW. The GWEC expects significant growth in the period after 2020. By 2030, the total installed capacity would reach nearly 1,676 GW. By 2050, this scenario foresees global wind installations reaching 3,984 GW.

GWEC’s Advanced Scenario is the most ambitious outlook, and outlines the extent to which the wind industry could grow in the best case. It foresees a strong commitment to renewable energy in line with industry recommendations, the political will to commit to appropriate policies and the political stamina to adhere to them. This scenario foresees ambitious growth rates throughout the decade, assuming that a broad, clear commitment to the decarbonisation of the electricity sector emerges quickly with the ratification of the 2015 Paris Climate Agreement. The annual market size will reach 100 GW by the end of the decade, bringing the total installed capacity to just over 879 GW by 2020 and to 2,110 GW by 2030. This would require comprehensive and robust climate action globally and political will to tackle the climate challenge. By 2050, the scenario foresees global wind installations reaching 5,806 GW.

The AS projects that wind development in India could go much further. By 2020, India could have almost 56 GW of wind power capacity in operation. By 2030, over 400 TWh of wind power would be generated per year and emissions of 258 mt of CO2 would be avoided each year. Investments would reach a level of Euro 11.4 billion per year at the time.

Which path will India take? The higher-end scenarios will depend on increasingly sophisticated grid integration of renewables in general, strict enforcement of state renewable purchase obligations and the development of an effective intra-state and interstate power market that is open to all, with low or no transmission fees. It will require the wind industry to step up its game on scheduling and forecasting, and the government would have to allow renewables to participate in the balancing power and ancillary services markets.

India’s current installations are on a path towards meeting the GWEC’s Advanced Scenario projections for 2020. If the current pace of installations is sustained over the medium term, the total installed capacity would cross the 300 GW mark by 2040. Wind power can provide the much-needed cheap alternative for meeting India’s development and environment goals. 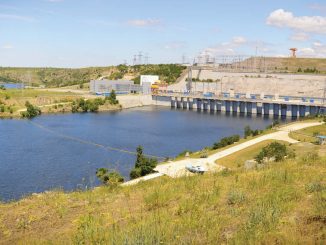 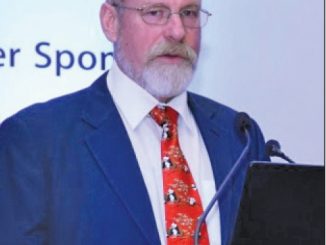 May 7, 2017
On the back of the revised wind power potential, India’s commitment at the Paris Conference of Parties (COP21) and the target to achieve 60 GW of in...
More