Vattenfall has awarded a contract to the Norwegian oil and gas company Aker Solutions, in collaboration with Siemens Energy, for the Norfolk Boreas offshore wind project in the UK. The infrastructure for the 1.4 GW offshore project’s grid connection will be provided by Aker Solutions and Siemens Energy. The contract scope comprises engineering, procurement, construction, and installation (EPCI) work for the offshore platform’s high-voltage direct current (HVDC), as well as an onshore substation and link to the UK’s National Grid.

Norfolk Boreas, the first stage of Vattenfall’s Norfolk Offshore Wind Zone, is situated more than 47 km from the coast of Norfolk. The offshore area will generate enough clean energy once it is finished to power more than four million homes and offset about six million tonnes of carbon emissions. The project is subject to regulatory approvals and a final investment decision (FID) for the project is anticipated in the second quarter of 2023.

According to Aker Solutions following the FID, the project’s contract value for the company is expected to range from $231 million to $323 million. Siemens Gamesa has revealed that it will carry out the following phase of the Mistral strategy program’s new operational model, which is a separate development. The implementation would impact around 2,900 jobs at the company and its effects would be felt more across its European operations. 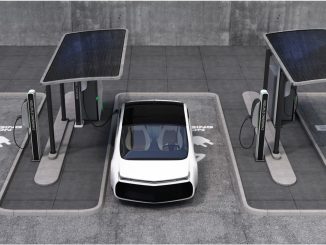