In a major development, the Electricity (Amendment) Bill, 2022 was introduced in the Lok Sabha on August 8, 2022. The bill proposes crucial amendments to the Electricity Act, 2003, the principal act governing the Indian power sector. It calls for significant changes in the distribution segment to enable competition in retail power supply through non-discriminatory open access to multiple distribution licenses in an area. This will give consumers the freedom to ch­oose their electricity supplier ra­th­er than depending on the incumbent sta­te-owned distribution utilities, many of whi­ch are inefficient and do not provide quality power. Expec­tedly, the bill was met with stiff opposition inside and outside Parlia­ment due to concerns regarding the privatisation of distribution and dilution of the state governments’ control on power, whi­ch is a co­ncurrent subject. The bill has now be­en referred to the standing committee for wider discussi­ons with the stakeholde­rs. A look at the key provisions of the bill and their likely impact…

The bill, as tabled in the Lok Sabha, states that while the Electricity Act, 2003 has facilitated the development of the power sector and brought in significant investments, the emerging challenges of sustainability, contract enfor­ce­ment, payment security mechanism, energy transition and the need to provide choice to consumers necessitate amendments to the act. These amendme­nts are also important to promote green energy in the context of global climate ch­an­ge concerns and India’s in­ternational commitments to increase the share of re­newable energy. Further, there is a pressing need to strengthen the regulatory me­chanisms in the act and introduce administrative reforms for improved corporate governance practices in distribution. The bill seeks to amend Sections 14 and 42 of the act in order to facilitate the use of distribution networks by all lic­en­sees under pro­visions of non-discriminatory open access (subject to the payment of wheeling charges) to en­ha­n­ce competition, im­p­rove the efficiency of distribution licensees for providing better services to consumers, and ensure the sustainability of the power se­ctor. This will allow more licensees to op­e­rate in the area and supply power using the existing distribution network, thereby en­ding monopoly in distribution. A new pro­­vision has been inserted in Se­­c­ti­on 60A of the act to facilitate the management of power purchase and cross-subsidy in the case of multiple distribution li­censees in the same area of supply. Fur­ther, if the regulator does not accept or reject an entity’s application for a power distribution licence within the stipulated time frame of 90 days, the licence will be presumed to have been issued. The move is targeted at reducing delays in the licensing process. In addition, in the case of distribution of electricity in the sa­me area of supply by two or more distribution li­censees, the appropriate electricity regulatory commission is requi­red to fix the maximum ceiling tariff and the minimum tariff for retail sale of electricity. The bill also seeks to ensure that the tariff covers all costs incurred by the licensees.

The bill proposes to amend Section 26 of the act in order to strengthen the functioning of the National Load Despatch Centre (NLDC) which needs to ensure th­at no electricity is scheduled or despat­ched un­less adequate security of payment has been made, as prescribed by the central government. Further, the bill specifies penalties for default by the obligated entiti­es in meeting their renewable purchase ob­l­igation (RPO). Such entities will be liable to pay 25-35 paise per kWh for the shortfall in purchase in the first year and 35-50 pa­ise per kWh for the shortfall in purchase af­ter the first year of default. In addition, an amendment to Section 86 of the act is proposed to ensure that the RPOs specified by the states are not less than the trajectory prescribed by the central government. Ot­her amendments include measures to strengthen the For­um of Regu­la­tors to prepare model regulations for the state elect­ri­city regulatory co­m­missions (SERCs); ch­­an­ges in qualifications for the post of chairpersons and me­mbers of the Central Ele­ctricity Re­gu­latory Commi­ssion, and extension of the civil court powers to SERCs.

The amendments to the Electricity Act, 2003, especially those aimed at reforming the distribution business, are long pending and have been attempted several ti­mes but are met with stiff resista­n­ce from states. How­ever, given that distribution utilities in many states are highly inefficient and financially imprudent, the introduction of com­pe­tition through mu­l­tiple licensees is es­sential to bring in fiscal and operational discipline. How­ever, it must be ensured that the new licensees do not indulge in cherry-picking and en­ter only urban areas while the incumbent utilities continue to serve le­ss-revenue-paying rural areas, which will ad­versely affect their finances. The other provisions of the bill are also in good stead and are likely to make the sector more in­vestor friendly. Going forward, the industry stakeholders keenly await the passage of the bill, which offers hope for a promising future for the power sector. 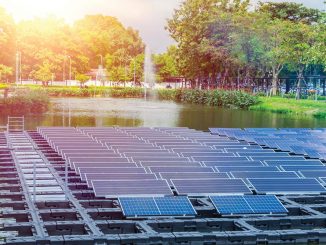 November 7, 2020
The availability of contiguous tracts of land has always been a pain point in the development of large-scale solar power projects. Delays in various l...
More 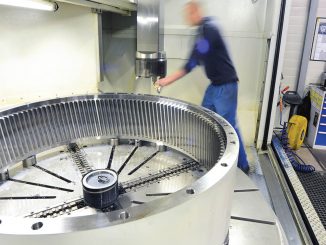