Investment in the energy market is on the rise as the demand for electricity in the country is gradually recovering from the impact of the Covid-19 pandemic. Investments in the renewable energy sector witnessed an increase of 125 per cent in 2021-22 over the previous financial year. In the months of April and May 2022, some regions in India witnessed severe power shortages due to high energy de­mand and the hike in imported coal pri­ces. The recent Russia-Ukraine conflict has directed government efforts towards reducing the reliance on coal, oil and gas imports due to their high prices following the conflict. As a result, the Indian government is now shifting its focus towards clean energy technologies to become self-reliant and strengthen the country’s energy security.

According to Climate Risk Horizons, the power crisis in India could have been averted if the country had been on track to achieve its 2022 renewable energy target. Thus, greater investments in the sector are the need of the hour. Reports suggest that to meet its target of 500 GW by 2030, India would need to make an annual in­vestment of roughly $30 billion-$40 billion. This means that it would have to mo­re than double its investments in renewable energy to meet the 2030 goals.

On the positive side, interest in the country’s renewable energy market remains strong with significant activity happening in the mergers and acquisitions space. In August 2022, two key investment deals were signed in the renewable energy sector. Shell Overseas Investment B.V., a wh­o­lly owned subsidiary of Shell plc, completed its 100 per cent acquisition of So­lenergi Power Private Limited and the Sprng Energy group of companies from Actis Solenergi Limited. With this acquisition, Shell’s present renewable operational capacity will triple. The deal is a significant step towards meeting Shell’s target of becoming a profitable net zero em­i­ssions energy business by 2050. In an­o­th­er major deal, JSW Neo Energy, a wholly owned subsidiary of JSW Energy, has announced its decision to acquire a rene­wables portfolio of 17 GW from Mytrah Energy (India) Private Limited for Rs 105 million. The portfolio comprises 17 SPVs – 10 wind SPVs with a generation capacity of 1,331 MW and seven solar SPVs with a generation capacity of 422 MW. The deal marks JSW Energy’s largest ac­quisition since its inception, and is expec­ted to augment the company’s current operational generation capa­city by over 35 per cent. This trend is likely to continue as deep-pocket renewable energy players go for acquisitions to quickly expand their portfolio.

Against this backdrop, the Institute for Energy Economics and Financial An­a­lysis (IEEFA) released a report on “Re­newable Energy Investment Surges in India”, highlighting the recent investment trends in the sector while emphasising the need for greater renewable energy in­vestments over the coming years to meet India’s 2030 targets. It also explores the potential subsectors in renewables for fu­ture investment.

Renewable Watch presents the key highlights of the report…

The report highlights the key recent investment deals signed in the Indian renewable energy market. In 2021-22, to­tal investments in the sector amounted to $14.5 billion, with 15.5 GW of renewable energy capacity added in the given period. This signifies a strong momentum vis-à-vis the investments undertaken in 2020-21. The year 2021-22 has also witnessed the entry of several new players such as Reliance New Energy and Vector Green in the renewable energy market. These players are swiftly gaining a dominant market share. IEEFA states that over 57 per cent of the investment deals in the period in­cluded capital investment in five renewable energy companies – SB Energy, ReNew Power, Vector Green, REC Limited and Azure Power. The largest deal, worth $3.5 billion, was SB Energy’s acquisition by Adani Green Energy Limited (AGEL). Fur­thermore, five investors, AGEL, Relian­ce New Energy Solar, a consortium of ban­ks (led by ANZ, Credit Agricole, DBS Bank, HSBC and MUFG), RMG and Global Po­wer Synergy Public Company, contributed 43 per cent to the total investment.

The composition of the renewable energy market has also changed since 2019 in terms of companies with the largest ca­pacity share. Companies such as AGEL and Reliance New Energy are aggressively expanding their renewable energy pipe­line. NTPC has announced an ambitious goal of establishing 60 GW of renewable energy capacity by 2032 and a 10 per cent reduction in net energy intensity by 2032. Adani Green, Acme and Azure Power also continue to raise investment for the dep­loy­ment of renewable energy.

According to the report, mergers and ac­quisitions were the dominant type of investment deals in 2021-22 with a share of 42 per cent in total investments. From 41 per cent in 2019-20, the share of equity in total investments substantially declined to 22 per cent in 2020-21, and to 8 per cent in 2021-22. The share of bonds is also starting to increase after a decline in the previous financial year. Many developers such as ReNew Power, Azure Power and Vector Green have attracted huge in­vestments from green bonds in recent months. The share of loans and advances has also witnessed an overall increase in the given period. At present, the State Bank of India is the largest lender to the clean energy sector in India.

In terms of sector-specific investment trends, out of the total investment in renewable energy (54 per cent), 42 per cent was for the solar segment, followed by 2 per cent for rooftop solar, and 1 per cent each for wind and green energy financing. In the period between 2020 and 2022, the roof­top solar market witnessed rising in­vest­ments due to the demand from commercial and industrial consumers.

More recently, states have shown an in­creasing interest in renewable energy de­­­velopment, with a few states signing MoUs for investment in the renewable en­­­ergy sector at the World Economic Fo­rum held in Davos in May 2022. An­dhra Pradesh has signed renewables in­vest­ment agreements worth approximately $16 billion with AGEL, Greenko (backed by Singapore’s GIC), and Auro­bindo Re­a­lty & Infrastructure. Karna­taka and Ma­ha­ra­shtra each signed MoUs with Re­New Power for investments totalli­ng $6.5 billion in renewable energy, battery storage and green hydrogen technologies. This is a welcome step to impro­ve inves­tor confidence in these states and build greater energy capacity while also creating a diverse set of jobs.

The report suggests that it is imperative to accelerate domestic and global capital to finance the renewable energy ecosystem. As the economic recovery continues in India, one can expect the energy demand to rise significantly over the coming years. With climate change, increasing frequency of heat waves, higher temperatures, and greater accessibility and affordability of air conditioners, the country is also likely to witness increasing cooling loads.

To keep up with the increasing demand, the Indian government has introduced various initiatives to strengthen the manufacturing sector and boost domestic production. Going forward, rapid renewable capacity addition will play a key role in meeting the dual objectives of providing electricity and reducing India’s carbon footprint. Emerging technologies that are more sustainable and less costly can be further explored. This will not only help reduce reliance on imports but also build greater energy security. Several renewable energy segments have already witnessed a tremendous fall in prices owing to the deflationary tendencies of the sector. Coal-based power generation, on the other hand, is inflationary. The price of renewables can be expected to fall further as the country becomes more self-reliant in manufacturing.

India recently revised its initial target of deploying 450 GW of non-fossil fuel based energy by 2030 to 500 GW. Accelerating investments in the renewable energy sector will help India achieve this target. The report suggests that India nee­ds to invest in the overall ecosystem of renewable en­e­r­gy, calling it a “renewable plus” app­ro­ach for investment, which fo­cu­ses on multiple domains of the renewables industry. In the near future, investments may be oriented towards flexible so­urces such as battery storage and pu­m­ped hydro, electric mobility, and expansion of transmission and distribution networks. The rising number of clean energy projects must also be supple­mented by the modernisation and digitalisation of the grid. Moreover, building a ro­bust infrastructure and policy environment for do­me­stic manufacturing of inputs such as modules, cells, wafers and electrolysers will be crucial. Greater promotion of dece­ntralised renewable energy such as rooft­op solar may also aid in capacity addition. 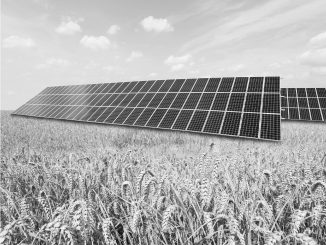 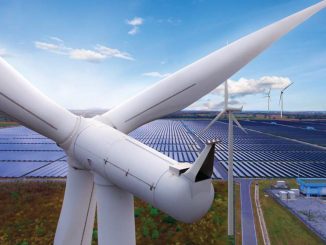