In India, the power exchange started with the day-ahead market in 2008 and since then, transactions have grown by leaps and bounds, at a CAGR of 24.4 per cent from 2009-10 to 2021-21. The buyers are bulk suppliers (or distribution utilities), bulk consumers or traders acting on behalf of them. The sellers are bulk suppliers (or distribution utilities), independent power producers with merchant capacity, captive power plants or traders acting on behalf of them. In ne­igh­bo­uring countries such as Bhutan, Nepal and Bangladesh, there is a single-buyer model, where a single entity buys or sells power at the power exchange or through other contracts for the country. The prices on a power exchange act like a barometer for investment. High prices indicate a shortage in generation to meet the demand or transmission congestion. The availability of power to the consumer depends on a number of factors. There could be a shortage of generating capacity, or there may be a shortage of fuel for the power station, or there may be a spike in fuel prices, making it commercially unviable for the bulk supplier to sustain the purchase of electricity at high prices. There could also be transmission congestion in a high demand area, where industries may be willing to pay high prices. This also points to the requirement of investment in transmission assets. Each of these factors has to be analysed to determine the reason high prices in a power exchange.When the power exchange started in 2008 in India there was a shortage of generating capacity, and each power plant was running at a high plant load factor. This, along with the provisions of competition and privatisation in the new Electricity Act, 2003, spurred private investment in the power generation sector in India. Consequently, the percentage of private sector generation, from being the least, as compared to the central and state sectors, has now become the highest. This is depicted in the accompanying graph.

Start of the real-time market in the power exchange

The closer one gets to real time, the more certain the bulk supplier is of the demand to be met. With the world, including the South Asia region, switching to renewable energy – largely solar and wind po­wer – which again is unpredictable to so­me extent, the need for a real-time market was also felt. The generation from renewables in India (not counting large-hydro generation above 25 MW, which was included as a renewable source later) has increased from 36.95 BUs to 145.45 BUs from 2009-10 to 2020-21, at a CAGR of about 15 per cent. The growth of rene­wable energy generation in India is depicted in the accompanying table.

Since June 2020, a real-time market has been operating in the Indian power exchange every half an hour, where po­wer can be traded up to one hour in ad­vance. Therefore, the flexibility to be able to meet the increased power de­ma­nd or reduced generation, or sell power due to reduced demand or increased generation has increased to match the increased uncertainty of electricity de­mand due to the increase in extreme weather events and the quantum of generation from wind and solar power being increasingly dependent on the weather. The real-time market in the power ex­change results in more efficient utilisation of power resources, and therefore be­nefits all those who partake in the power market.

The products in the power market have a bid matching mechanism either in a pool, where buyers and sellers bid into a pool anonymously, called collective tra­nsactions, or in a pay-as-bid mechanism, where the buyer and seller get identified, known as bilateral transactions. The first one gives a single market clearing price through aggregated sell/ buy curves for all buyers and sellers. Ev­ery buyer that has bid at that rate or higher has to pay this market clearing price. So, the buyers whose bids are ma­tched always pay the same or lower price than what they bid, and hence always gain. Similarly, all sellers that bid at the price for selling always get paid either eq­ual to what they bid or more than what they bid. So, all sellers also always stand to gain. The first gain is known as the consumer surplus, whereas the second gain is known as producer surplus.

The second type of bid matching is the pay-as-bid mechanism, where transactions can be identified as bilateral transactions between the buyer and the seller. Th­e­se are termed as term-ahead transactions by the Indian Energy Exch­an­ge. The revised Guidelines for Import/ Export (Cr­oss Border) of Electricity in 2018, issued by the Government of In­dia, allow the neighbouring countries to trade in the Indian power exchange, th­rough an In­dian power trader, subject to certain conditions, after getting appro­val from the de­signated authority, that is, member (po­­­wer system), Central Ele­ctricity Au­th­ority. Nepal started buying power th­ro­ugh the power exchange in April 2021. Subsequently, it got permission to sell po­wer through the power ex­change, and has been doing so 39 MW of capacity since November 2021. Nepal was able to reduce its cost of purchase by optimally planning to purchase po­wer during the time its rate was lower than the short-te­rm contract rate fixed for a year between the India and Nepal governments. It was able to juggle bet­ween the short-term contract and the power exchange to buy cheaper power. It was also able to generate revenue by selling power from its hydropower plan­ts on the power exchan­ge. This zero-cost energy wo­uld otherwise be wasted by spilling of water. 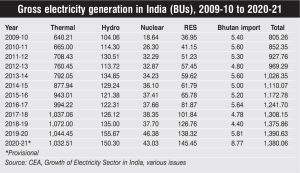 Bhutan also had a requirement of power purchase when it needed to do work on the head race tunnel in the Tala hydro­electric power plant for about three mon­ths and the remaining power generation was not enough to meet the country’s de­mand in winter. It shut down the plant from January to March 2022 to attend to the problem, and met its dema­nd by buying power from the power exch­ange after obtaining permission from the designated authority. It was able to buy cheap power during the off-peak hours, and use its own hydro generation during the peak hours, thereby op­timising its po­wer procurement cost. This again off­ered an advantage to Bhu­tan. These examples show the benefits of the power exchange for cross-border el­ectricity trade. Optimi­sation, which was thus far happening within India, is now happening in a few more countries of South Asia. Bangladesh also has expensive gas- and oil-based generation, for which it imports fuel. As natural gas and oil prices have increased rapidly recently, the power exchange offers Banglad­e­sh an opportunity to reduce its power generation costs, as it is able to buy power from the power exchange whenever this helps save money.

The USP of the power exchange is that th­ere is no commitment charge in power purchase and sale. If an en­tity buys power it pays only for the energy charge, whereas if the contract is long or medium term, it would also have to pay the fixed capacity charge, irrespective of how much it utilises the asset. That is not to suggest that all power must be pu­rchased only through a power ex­ch­a­nge, since power exchange prices are subject to volatility. A judicious mix of the two types of contracts would be better. It must be made clear that the power ex­change has been created to fulfil a ne­ed. There is no compulsion to buy or sell po­wer. Power can be bought and sold on the power exchange in standard time bl­ocks of as little as 15-minute duration. So, if a bulk supplier needs power for only 15 mi­nutes, it can purchase power only for those 15 minutes, and similarly for the sale of power. 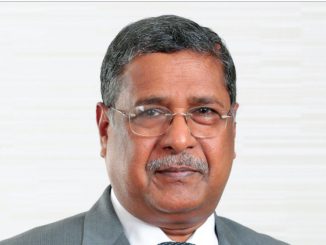 January 19, 2018
Since its launch in 2008, the Indian Energy Exchange (IEX) has evolved into the premier power exchange of the country, attracting nearly 6,000 partici...
More 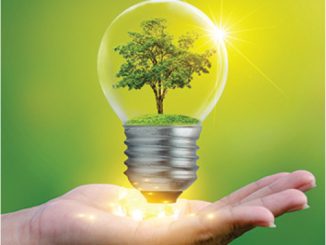