The Indian solar industry depends on imported solar cells and modules for meeting the large demand for solar capacity deployments. Despite many initi­a­­tives over the past few years, the local manufacturing capabilities have been limited owing to strong competition from im­ported equipment. The pandemic-led supply chain issues, changing geopolitics and rising energy security concerns are slowly reversing this trend and driving the expansion of the domestic solar industry.

The central government, on its part, is working towards augmenting its solar ma­nufacturing capacity and reducing impor­ts through a host of policy interventions including launch of the production-linked incentive (PLI) scheme, implication of ba­sic customs duty on imported solar cells and modules, and notification of the ap­proved list of models and manufacturers (ALMM) and domestic content requi­re­ment in various tenders. With these en­ab­ling initiatives, newer players are foraying into the domestic solar manufacturing sp­a­ce while experienced players are fo­cu­sing on expanding their capacity to cater to the huge demand for local solar cells and modules in the near future.

Bengaluru-headquartered Emmvee is one such company that has three decades of experience in the solar power segment and is now focusing on expanding its mo­dule manufacturing capacity, encouraged by the government’s Make in India plans. The company has a current module production capacity of 1,250 MW and has su­pplied more than 2 GW of solar PV modules till date.

Emmvee Solar Systems Private Limited was established in 1992, and initially fo­cus­ed on solar water heating systems. To­day, it is a leading player in this space in both India and Asia. It distributes its products under the brand name “Sola­rizer”. Emmvee Photovoltaic Power was founded much later in 2007 to develop and manufacture high performance solar modules. While the company has its headquarters in Bengaluru, it has international offices in Germany and the US.

Regarding Emmvee’s solar module production business, the company has two factories in Karnataka – a 500 MW manufacturing unit near the Bangalore Inter­na­tio­nal Airport and a 750 MW manufacturing unit at Dabaspet. The 750 MW Dabaspet unit is the most recent addition (establi­shed in 2022) to the company’s operations and is its second solar manufacturing investment in the state. It has been set up to inc­rease exports to Eu­rope and the US. This is part of a larger Rs 10 billion investment that was app­ro­v­­ed in 2021 by a high-level clearance committee of the sta­te, headed by then chief minister of Kar­nataka, B.S. Yediyu­rappa. An MoU was signed with the Kar­nataka government to build a 3 GW cell and module production facility.

Apart from catering to the domestic market, the company has established a successful export business, especially in the Eu­ropean market, which dominates its ex­port shares. The company, through its su­b­sidiary, directly supplies modules to the North American markets. It has also been supplying modules to the Middle Eastern and African markets since 2007 through a well-organised dealer network.

Regarding technology advancement, Em­mvee focuses on developing quality and advanced solar PV and thermal pro­ducts. The company was reportedly one of the earliest adopters of technologies such as automatic stringers, multi-stack laminators and mono PERC in India. It has ad­vanced production lines with cutting-edge automation technologies and artificial intelligence to increase efficiency. For further performa­n­ce optimisation, the company is integrating machine lear­ning technologies.

In addition to manufacturing of solar modules and systems, Emmvee engages in the development and EPC of solar power projects not just in India but in Europe as well. For instance, the company has set up a 14 MW solar power plant in Germa­ny, which it also manages. In India, it has been successful in setting up many roof­top and ground-mounted solar projects. The key projects executed inclu­de a 1 MWp solar project at the Cochin Inter­na­tional Airport, a 40 MW solar power plant at Bagepalli, Kunigal and Bidar in Karnataka, a flat RCC solar power project of 1.1 MWp at the University of Hydera­bad, as well as a 1 MW rooftop solar po­wer plant at the Emmvee solar water hea­ter manufacturing facility in Dabaspet.

Emmvee plans to significantly increase its manufacturing capacity in the coming years. After the successful completion of the 750 MW facility at Dabaspet, it aims to expand its module production capacity up to 3 GW by the end of 2023, by adding two more units of 900 MW each. The rece­nt Rs 10 billion MoU with the Kar­­na­taka Gover­n­ment was a step in this direction. The upcoming facility will come up at the company’s own land in Dabas­pet and create at least 1,000 direct jobs.

Emmvee also plans to expand its cell production capacity to 1.5 GW by early 2024 which will help the company to reduce its import of solar cells. Once this facility is operational, the company will start importing only silicon wafers that are required for making solar cells from countries like So­uth Korea, Taiwan and China.

In line with the Make in India objective, Em­mvee is also exploring the potential for setting up backward integrated solar ma­nufacturing facilities. This will include com­plete end-to-end solar PV integration from polysilicon or wafers to solar module production. The company is closely monitoring the various industry trends, policy interventions and technological innovations in this space.

There are a few issues that Emmvee must address in order to emerge at the top of the solar module supply chain in the co­un­try. First is the intense competition, not just from Chinese and other foreign manufacturers but also from domestic on­es. Many domestic manufacturers are now expanding their production ca­pacities driven by various policy announ­cements from the government. Mean­while, large energy players are foraying into this space increasing the stakes of the game. There is still limited policy clarity, especially regarding the sunset period of the basic customs duty on imported solar cells and modules, which definitely impacts the long-term visibility of investments.

Despite government interventions to improve the uptake of domestic solar ce­lls and modules, the value of solar cell im­por­ts has risen from $572 million in 2020-21 to more than $3,447 million in 2021-22 (as of January 2022) as per government data. Surely, the few months of duty-free import between the expiry of safeguard duty and imposition of basic customs duty could be a major factor driving the increase in im­ports. However, this import value is still significantly higher compared to imports in 2018-19 and 2019-20, which implies that foreign manufacturers still hold a large chunk of the Indian solar market and it might remain that way till domestic capabilities reach a sizeable scale.

That said, there are many positives that offset these negatives. The company has roughly 30 years of experience in the solar space and has a presence in both dom­es­tic and international markets. It is rapidly ramping up its solar cell and module production capacity to reduce imports. To become further self-reliant, it is exploring prospects in the polysilicon and wafer sp­a­ce. Emmvee is one of the 58 manufacturers included in the government’s ALMM list, and as per the order dated April 5, 2022, four of its products have been approved, providing further credibility to the company and its products. The list includes its two mono PERC modules and two polycrystalline modules.

The strong policy focus on reducing imports and expanding local capacity in the solar manufacturing space will further help advance Emmvee’s growth. To this end, the company had reportedly bid for the first PLI round, but was unsuccessful when capacity was awarded in December 2021. There is a second round of PLI planned with a larger corpus, which raises hopes for Emmvee if it decides to bid in it.

Overall, in the evolving solar power landscape with a focus on solar power capacity addition and domestic solar cell and mo­dule production, Emmvee can emerge as a key player with its years of experience and ambitious capacity expansion plans. 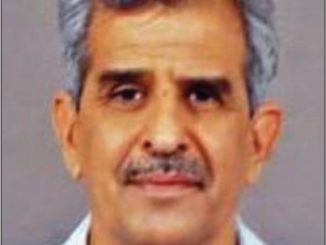 July 22, 2022
With an impressive 500 GW target to be achieved by 2030, India’s clean energy sector is headed for rapid growth. At the forefront of this massive gr...
More 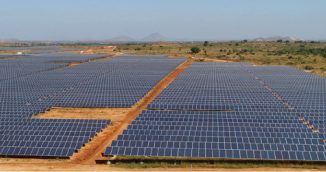 February 26, 2018
The Emmvee Group is one of the leading manufacturers of photovoltaic modules and solar water heating systems in India. Emmvee’s sustainable wide-ran...
More 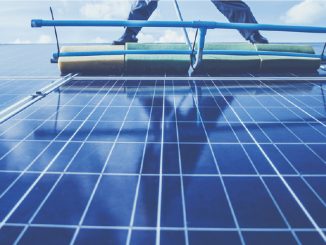