Husk Power Systems, the leading net-zero energy company serving rural Africa and Asia, and operator of the largest fleet of community solar-hybrid microgrids, has announced its “Nigeria Sunshot Initiative,” a multiyear effort to provide reliable, renewable energy to at least 2 million Nigerians. As part of the initiative, Husk has also set a target for itself to remove at least 25,000 diesel/gasoline generators from operation by allowing businesses to transition to more affordable solar power. Husk has committed to powering at least 8,000 women-led businesses by 2026, and connecting 700 health clinics.

The initiative is divided into three parts: first, demonstrating accelerated microgrid deployment at scale; second, improving livelihoods by providing financing for energy efficiency appliances (for both families and MSMEs); and third, catalysing greater local socio-economic development by rolling out productive usage activities such as agri-processing and cold storage.

Husk Power Systems, founded in 2008, is Asia and Africa’s leading net-zero energy service company. In addition to its presence in Nigeria and Tanzania, Husk is in discussions to join several other Sub-Saharan African markets. The company expects to have more than 20 microgrids operational by the end of 2022. It has committed to building 5,000 microgrids by 2030 as part of a UN Energy Compact signed in 2022. 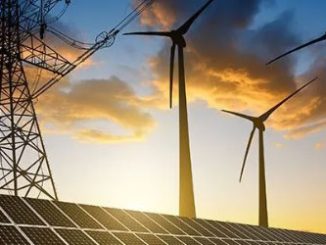 Entergy Arkansas issues a tender for 1 GW of renewable energy

July 8, 2022
For the purpose of acquiring 1 GW of solar and wind energy, Entergy Arkansas, a utility in the US, has issued a request for proposals. Renewable energ...
More