India aspires to achieve a net-zero emissions target by 2070. The transport sector of India is the third most greenhouse gas (GHG) emitting sector with the road transport sector as the major contributor. Out of the total carbon dioxide emissions in India, 13 per cent come from the transport sector (pib, 2020). To tackle its emissions, India is actively undertaking a number of measures including newer fuel emission norms as well as the promotion of electric vehicles (EVs) in the country. The estimated sales figures for EVs are in the range of 25.7 million to 46.4 million. The cumulative market size of batteries is expected to be between 268 GWh to 498 GWh by 2030. While the market size expected from the EV lithium-ion battery for recycling is 35 – 58 GWh by 2036  (Deutsche Gesellschaft für Internationale Zusammenarbeit GmbH (GIZ), 2022). The envisaged projections in EV sales and the subsequent battery demand raises important questions with regards to meeting the raw material demands for manufacturing as well as the management of its end-of-life (EoL). The battery waste generation and environmental issues associated with it may negatively affect India’s aspirational target to showcase itself as the best EV adopter and enabler country.

Increasing battery demand necessitates the need for increased extraction of raw materials. However, reserves are limited in nature and the emissions that result from extraction, processing and transport would counter its decarbonisation goals. This therefore necessitates the need to have a robust and efficient recycling infrastructure. It is important to note that recycling is crucial not only for securing the supply of key raw materials for the future but also for reducing the need for new mineral extraction, thereby lowering the environmental footprint. Creation of a vibrant and well- functioning local recycling ecosystem in the country to take care of this substantial volume of batteries would also create job opportunities in the rising clean and green ecosystem.

For recyclers in India, there are two governing waste management rules: Battery Waste Management Rules, 2001 and E-Waste Management Rules, 2016. The e-waste management rules of 2016 are only applicable for batteries used in electronics i.e., in portable applications, although they have been the only document providing some direction towards the recycling of battery chemistries other than lead acid batteries.

On May 15, 2001, Ministry of Environment and Forest notified the Batteries (Management and Handling) Rules, 2001 to regulate the collection and recycling of all the used lead-acid batteries in India (Ministry of Environment and Forest (MoEF), 2001). The rules as mentioned limited the definition of a battery to a ‘lead acid battery’ and Li-ion batteries were not covered. The rules outlined responsibilities of manufacturers, importers, re-conditioners, and assemblers to ensure that used batteries are collected and sent to registered recyclers. The implementation of these rules has been a challenge, as the informal sector is dominant in recycling.

The Ministry of Environment, Forest, and Climate Change (MoEFCC) published the Draft Battery Waste Management Rules, 2020 on February 20, 2020, which are envisaged to supersede the Batteries (Management and Handling) Rules, 2001 (Ministry of Environment, Forest and Climate Change (MoEFCC), 2020). The Draft Rules brings under its ambit, all manufacturers, producers, collection centres, importers, re-conditioners, re-furbishers, dismantlers, assemblers, dealers, recyclers, auctioneers, vehicle service centres, consumer and bulk consumers involved in manufacture, processing, sale, purchase, collection, storage, re-processing and use of batteries or components thereof including their components, consumables and spare parts which make the product operational. In addition, it also mandates the collection targets for recycling of all types on batteries, especially EV batteries which are defined under industrial batteries.

In India, the recycling of lead-acid batteries is mostly informal in nature, which constitutes around 85 per cent-90 per cent of the industry. The unorganised/informal recycling operation is done through kabadiwalas and unregistered recyclers. The lithium-Ion battery recycling generally follows a mix of formal and informal recycling, given the fire safety aspects related to such type of batteries.

In India, the battery recycling industry can be divided into organised and unorganised sector. While the organised sector follows the rules and regulations that the recyclers must adhere to, the unorganised players usually include scrap dealers and informal smelter units.

Organised battery recycling includes the flow of batteries from the end consumers to the recycling plant through appropriate and defined channels, such as registered producers and battery aggregators. The collection of the batteries can also be done by the battery manufacturers or battery vendors themselves. The recyclers in the organised segment must comply with environmental and safety regulations set by the government. The processes used by organised recyclers are of higher efficiency with lesser emissions in comparison to the processes used by unorganised recyclers who generally use smelters.

The unorganised recycling industry is different from the organised recycling industry with respect to the collection of batteries which is usually done by itinerant collectors (also known as Kabadiwalas in India). These collectors take the batteries to the scrap dealers where the scrap dealers sell the batteries ahead to the informal smelters in their network. The metal extraction done by the informal smelter is then sent to the local battery manufacturers or assemblers who then sells the product to retailers. The informal smelters in this sector may not follow the entire set of environmental and safety norms.

The lithium-ion battery recyclers in India are mostly classified as e-waste recyclers as these batteries fall under the purview of e-Waste Management Rules, 2016. Recycling of li-ion EV/ traction batteries has still not gained steam. Recyclers collect batteries through various channels viz. battery manufacturers, collection centres (third party run or by the recycler), and also through the informal sector which provides the recyclable batteries at the collection centre.

Most of the players in the Indian lithium-ion battery recycling business are suppliers of black mass as against being an end-to-end recycling and refining player. This is mostly due to constraints in technology, lack of demand from organised sector, unfavourable policies and lack of incentives for investments in the sector. Further, there is a strong demand of the black mass from other industries, other than battery manufacturing. Many recyclers such as TES-AMM use their Indian facilities for pre-treatment only and send the black mass to their factory in Singapore. Some of the recyclers with capabilities to recycle lithium-ion batteries in India are tabulated below

The way forward and conclusion

A draft Battery Waste Management Rules, 2020 has been published by the MoEFCC on February 20, 2020, which is to supersede Batteries (Management and Handling) Rules, 2001 (MoEFCC 2020). The draft includes all types of batteries regardless of their shape, volume, weight, material composition or use and incorporates all appliances into which a battery is used. The draft rule also looks to ensuring a safe and formalised recycling of batteries with an emphasis on tracking batteries that have completed their useful life through online records and data management.

To conclude, battery recycling will play a crucial role in the efficient use and re-extraction of the resources ensuring a stable supply chain and contributing to the circular economy. However, the scale at which battery recycling can contribute significantly has not been achieved yet owing to many reasons. Efficient battery waste management policies and regulations are the need of the hour to encourage participation from the industry and the entire ecosystem, and appropriate technological assistance to sort and recover materials. Although issues remain with regards to safe handling of batteries especially lithium ion, the advantages to environment due to battery recycling outweigh the challenges. In the waste management hierarchy, reuse is preferred before recycling. Hence, the next article in series will discuss the reuse of battery. 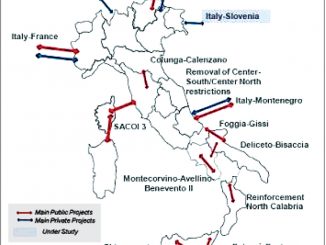 April 17, 2017
The structure of the electricity sector in Europe is undergoing a steady transformation driven by the huge growth in renewable energy resources and th...
More

May 31, 2022
Octopus Renewables Infrastructure Trust has agreed to acquire a 7.75 per cent stake in the Lincs offshore wind farm. Lincs, with a capacity of 270 MW,...
More 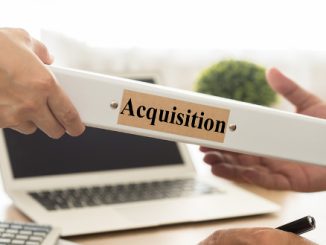 JSW in talks to acquire Mytrah for $2 billion

August 11, 2022
JSW Group has signed an agreement to acquire renewable energy company Mytrah Energy India in a deal estimated to be worth $1.8 billion to $2 billion. ...
More