After the slowdown caused by the Covid-19 pandemic, the funds inflow in the renewable sector has finally seen an upsurge in recent months. Mergers and acquisitions continue to be a popular route for expanding renewable portfolios. Further, raising funds through green bonds is eme­rging as a favoured option. Given the long-term target for renewable capacity expansion in India, more robust and reliable long-term funding will be needed for setting up bankable projects. Industry leaders share their views on the evolving financial trends for renewables, the key challenges and possible solutions, and emerging financial instruments. Excerpts…

What have been the major financing trends in the renewable power space over the past one year?

With the revival of energy demand and co­m­mitments from various banks and financial institutions to exit fossil fuel investme­nts, the share of renewable energy in­vestments in India is rising. In the first four months of this financial year, investments in the Indian renewable energy sector re­ach­ed $6.6 billion. This demonstrates the success of the clear long-term targets of the government, supported by the exceptionally bankable 25-year power purchase agreements (PPAs), providing long-term revenue certainty, and hence opening up the unlimited capacity of global markets to offer low-cost and low-risk infrastructure finance.

Indian developers are attracting investments from green bonds. For example, the $414 million 2026 green bond issue by Azure Power Global witnessed a re­cor­d low of 3.575 per cent per annum in August 2021.

Indian banks are also increasing their len­ding to renewable energy projects. The co­untry’s largest public sector bank, the State Bank of India aims to become carbon neutral by 2030 and currently has re­ne­wable energy loans worth $4.3 billion or 1.5 per cent of the bank’s gross loan ass­ets. India’s seventh largest commercial bank, Federal Bank Limited has committed to terminating funding towards new coal projects starting in October 2021. Mo­re­over, the Reserve Bank of India (RBI) is supportive of lending to renewable energy projects and has categorised renewab­les as a priority sector. In April 2021, the RBI joined the Network for Greening the Fin­ancial System, a group of central banks seek­ing to mobilise finance to support the transition to renewable energy projects and sustainable businesses.

India has come a long way in the development of the renewable energy sector over the past two decades. From just 20 MW of installed solar capacity in 2010 to over 100 GW of installed renewable energy capacity as of October 2021, the story has been no less than transformational. Including large hydropower, India now boasts of over 38 per cent of its energy capacity co­ming from non-conventional sources.

In an effort to strike a balance between ec­o­nomic growth and the environment, India recently pledged to achieve a target of net zero emissions by 2070. It also up­ped its renewable energy capacity target to 500 GW by 2030 and aims to meet 50 per cent of its energy requirements throu­gh renewables. While the intentions are all in the right direction, one must not forget that structural issues that plague the sector still exist. These include, and are not limited to, land acquisition issues and the failure of discoms to meet their contractual obligations.

What are the key challenges in the financing of renewable energy projects in India?

The cost of issuing green bonds has generally remained higher in India despite it being relatively secure. The higher borro­wing cost of green bonds in India could be based on asymmetric information, hi­gher risk perception, and other govern­ance iss­u­es. Green projects often have a high up­front cost with some cost-saving features only applicable in the long term. Also, maturity mismatches in green projects and their financing increase the cost of borrowing. The absence of a universal definition of green finance and information asymmetry has contributed to this trend in India, where the financing markets are still evolving as compared to the developed markets.

Large-scale solar parks require huge tracts of land. However, the acquisition of contiguous land parcels for such projects is a big challenge for project developers. The absence of a legal framework for dispute resolution further intensifies the problem. Environmental and social concerns must be taken into account before awarding a contract. Also, one must not ignore the role that rooftop solar can play without the hassle of land conflicts.

Falling renewable energy tariffs have led to a conundrum, where state governments are reluctant to enter into long-term PPAs and are even failing to meet the terms of the­­ir existing contracts. This offtaker risk po­ses significant cashflow problems for de­­velopers and uncertainty for lenders in recovering their money.

Which are the most preferred modes of fin­ancing currently? Do you think the surge in mergers and acquisitions (M&A) activity will continue?

The majority of the big deals are packaged as debt, equity investment, or green bon­ds, followed by mezzanine funding. Mer­ger and acquisition (M&A) transacti­ons in fina­n­cial years 2021 and 2022 indicate that the ac­qu­isition of good quality assets is of gre­at interest for long-term financial institutions.

What new and innovative financial instruments can be deployed to promote renewable energy?

India will need investments of about $500 billion over the coming decade to meet its target of 450 GW of installed renewable en­ergy capacity by 2030. By comparison, renewable energy investment in India over the last seven years was around $70 billion. Scaling up the investment level is feasible, but it will require new and innovative financing solutions.

A green taxonomy – a classification system that establishes a list of environmentally sustainable economic activities – can help drive domestic and international capital more efficiently towards environmentally sustainable projects in India. It will allow investors to determine which investments can be considered green. Doing so will pr­o­tect investors from greenwashing, focus investments where they are most needed, and make due diligence pro­ce­s­ses more efficient. However, India must es­tablish a taxonomy suited for India and in line with international standards to benefit from this policy.

According to a study by the Climate Policy Initiative, the state utilities delaying or de­fa­ulting on their contractual payments to po­­wer producers adds as much as 1.07 per cent of additional risk premium to the cost of debt for renewable energy projects and even limits the availability of capital. Infras­tructure projects are generational and often see transition from one government to an­other. However, this should not lead to fai­lure of discoms to honour long-term PPAs. Appropriate payment security mechanisms such as those provided under projects awarded by NTPC/SECI as part of a tri­pa­rtite agreement between the Govern­ment of India, the state governments and the RBI are key to mitigating such counterparty ris­ks for developers and lenders. Fur­ther, an infrastructure law that makes con­­t­racts bin­ding for all parties is much need­ed in order to boost the confidence of in­ve­s­tors, both domestic and foreign, in the sector.

Another area that requires attention is battery storage infrastructure. In contrast to the stable flow of power from conventional so­­urces of generation, electricity generated by non-conventional sources is generally unpredictable due to its intermittency. As per an International Rene­w­able En­ergy Age­­ncy study, electricity sto­rage can direc­tly drive rapid decarbonisation in key segments of energy use. In order for this to ha­p­­pen, it is important to include this sub-se­g­ment in the harm­o­ni­sed list of infrastru­c­ture sectors so that financial institutions such as PFC, REC, IREDA and IIFCL are able to lend to low-cost funds for this segment.

As India moves to the next phase of decarbonisation, the start of the decade is perhaps a good time to fix the structural issues before we can create more milestones.

“The offtaker risk poses significant cashflow problems for developers and uncertainty for lenders to recover their money.”
Chanchal Raheja June 23, 2022
India will require $223 billion of investment in order to meet its goal of wind and solar capacity installations by 2030, according to a new report by...
More 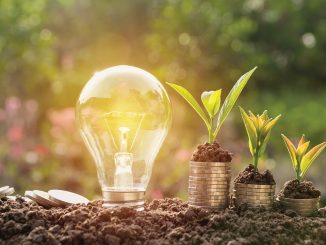 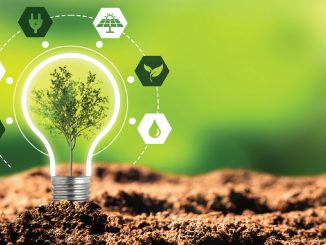 December 5, 2021
As companies made up for the time lost due to the pandemic, the year 2021 witnessed considerable development activity. This was supported by successfu...
More