In pursuit of the country’s ambitious target of achieving 500 GW of renewable energy capacity by 2030, the sector is witnessing speedy developments. Upcoming segments such as energy storage and green hydrogen are receiving a greater push from the industry and the government alike. Reliance Industries Limited has targeted a solar manufacturing capacity of 100 GW and green hydrogen costs of $1 per kg by 2030. It is projected to spend billions of rupees on its new energy businesses and has already made many investments in clean energy companies. Renewable Watch presents the views of Mukesh Ambani, chairman, Reliance Industries, on the company’s progress and future plans in the renewable energy sector…

Reliance Industries is venturing rapidly into renewable energy. We have started work on developing the Dhirubhai Ambani Green En­ergy Giga Complex on 5,000 acres in Jam­na­gar. It will be amongst the largest such integrated renewable energy manufacturing facilities in the world. The plan primarily entails three parts. The first part of our plan is to build four giga-factories. These factories will ma­­nu­facture and fully integrate all the critical components of the new energy ecosystem. One, we will build an integrated solar photovoltaic (PV) mo­du­le factory. Two, we will build an advanced energy storage battery fa­ctory. Three, to produce gr­een hydrogen, we will build an electrolyser factory. And lastly, for converting hydrogen into motive and stationary pow­er, we will build a fuel cell factory. Over the next three years, we will invest over Rs 600 billion in the­se initiatives. Reliance will, thus, create and of­fer a fully integrated, end-to-end renewables en­er­­gy ecosystem.

In October 2021, Reliance New Energy Solar Li­mi­ted (RNESL) and Denmark-based Stiesdal signed a cooperation agreement for technology development and manufacturing of Stiesdal’s HydroGen Electrolyzers in India. It is an important step to­war­ds fulfilling our commitment to accelerate India’s transition to green energy, benefitting from our vast solar energy sources and scaling up innovative and leading technologies to meet this objective. We aim to leverage Stiesdal’s impressive port­­folio of climate technologies to serve the In­di­an market and work together to make this portfolio a global pace setter. In partnership with Sties­dal, we will strive to achieve our sta­ted goal of offering hydrogen en­ergy at under $1 per kg in one decade, the 1-1-1 target for gre­en hydrogen. Reliance is committed to making the greatest co­n­tribution to the Na­tional Hy­d­ro­gen Mission an­nounced by Prime Minister Narendra Modi on In­dependence Day this year. Our vision is to put India on the global hydrogen map.

Our acquisition of REC Solar Holdings is in line with our strategy of inves­ting in new and advan­ced technologies and operating capabilities aim­ed at achieving Reliance’s goal of enabling 100 GW of clean and green en­ergy before the end of this decade. This will constitute the largest contribution by a single company to India’s renewable energy target by 2030.

Together with our other recent investments, Reli­ance is now ready to set up a global-scale integrated PV giga-factory and make India a manufacturing hub for the lowest-cost and the highest efficiency solar panels. We will continue to invest, build and collaborate with global players to ac­hieve the highest reliability, efficiency and eco­no­mies to deliver high-quality, reliable power at af­for­dable prices to our customers, both in India and in markets worldwide.

The future of renewables looks promising. We are exploring new electrochemical technologies that can be used for large-scale grid batteries. We also plan to collaborate with global leaders in battery technology to achieve the highest reliability for round-the-clock power availability th­rough a combination of generation, storage and grid connectivity. 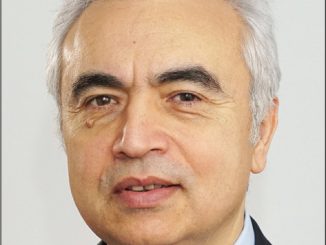 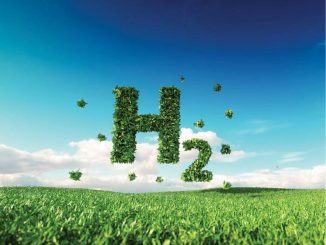 September 24, 2020
As the world moves towards low-carbon pathways, hydrogen is gradually paving the highway. Hydrogen, a clean-burning fuel, is a promising substitute to...
More

January 14, 2022
Reliance Industries Limited (RIL) has signed MoU with the Government of Gujarat for a total investment of Rs 5955 billion as part of Investment Promot...
More