Technological advancements have given rise to automation and digitalisation of operations across all sectors. The renewable energy sector is no ex­ception. The role of automation and di­gi­talisation has been particularly well adapted in the wind sector, within renewables. Technological advancements have proved useful for developers and turbine manufacturers in obtaining real-time information on system faults, minimising human risk and carrying out operations and maintenance (O&M) of wind power plants.

In the recent past, one of the key objectives for the wind industry has been to bring down O&M costs, which form a large part of the cost component in running a wind power plant. One of the main reasons for rising O&M costs is the failure of components such as blades and gearboxes, particularly in old wind turbines, and the high cost of logistics. With the growth of the industry and the entry of more companies providing specialised O&M services, the cost of wind O&M is gradually decreasing. Even though the use of smart technologies is increasing initial upfront costs, technological innovations are helping the industry reduce overall wind O&M costs by more accurate fault detection and easy upkeep. Based on the nature and scale of wind operations at present, manual O&M methods will have to be replaced with robots and drones in the coming years.

Given the infrastructural requirements of wind plants and turbine hub heights, O&M becomes particularly tricky. Advanceme­n­ts in technology, especially in automation, help ease the process of O&M and optimise turbine operations. A significant deve­lopment in the wind O&M space is the emergence of advanced condition mo­n­i­toring techniques. As opposed to man­ual checking of turbines, these techniques generate real-time data on vibrations, acoustics, temperature and speed. This helps in predicting potential failures.

With time, there has been an increase in the application of technologies such as internet of things (IoT), artificial intelligen­ce and blockchain. IoT-based technologies such as the mobile video supportive system (MVSS) have further propagated the identification and prediction of failures. MVSS is a platform that notifies ma­in­tenance ex­perts of potential failures so that they can act immediately. This technology re­duces the downtime by 10-20 hours and, in turn, improves the efficiency of a wind power plant. Further, MVSS en­sures that technicians are sent to the site as per need and not just for routine check-ups.

The inspection of wind turbines has al­ways been a difficult and cumbersome pro­ce­ss. Automating the inspection of wind turbines using unmanned vehicles is an emerging solution waiting to find in­d­ustry acceptance and regulatory app­ro­val. This method can be used for re­cor­ding high-definition videos and images, and for geo-positioning assets that are located in ex­treme environments. Un­ma­nn­ed auto­no­mo­­us vehicles can improve inspection pro­­cesses and consequently en­hance ma­na­gement, and O&M of re­newable en­ergy assets. Furth­er, the lifespan of these assets is increas­ed through impro­ved maintenance and the safety of workers is ensured.

Robotic technologies can also be used for cleaning and repairs upon detection of issues. However, the use of robots for re­pair work is still at the development stage. There are several upcoming technologies in the space. Globally, crawling robots have been gaining traction for carrying out both inspection and minor repairs, such as cleaning and polishing of turbines, and us­ing vacuum pumps for vertically climbing up the rotor blades. Drones equipped with a digital camera, a thermographic ca­mera, or a combination of both, are also useful in accumulating better quality data than manual inspections. Such drones usually fly 3-10 metres above the blade and can circle it to cover the turbine’s entire surface area. Despite reasonable operational costs of drones, these are not a popular option due to high upfront cos­ts. Wind turbine inspection robots and dr­ones are estimated to cost about $20,000, while cleaning robots are priced as high as $150,000. Unless the wind fa­rm is very large, developers are not quite convinced about the initial investment and the long payback period.

Since wind speeds are relatively hard to forecast and may vary on an intra-day, inter-day or inter-seasonal basis, digital in­novations go a long way in increasing the efficiency of harnessing the resource. Some of the key benefits of digitalisation are improvements in operational efficiency, decision-making and cost efficiency.

Wind turbines usually have many complex moving and rotating parts. The use of digital technologies helps in integration and efficient monitoring of parts. In recent de­ca­des, the wind industry has seen ma­ny technological improvements, such as variable speed generators. At present, most of the installed wind turbines utilise variable speed, and information and communication technology (ICT) methods are used to control, optimise and monitor the power flow. Earlier, fixed rotor speed systems led the wind turbine market. According to a research paper on inertia response and frequency control techniques (S.M. Alizadeh, C. Ozansoy, 2017), ICT can help in the efficient scheduling of wind power generation and energy despatch and can be used in automation, protection and even in reactive power and synthetic inertia control applications.

Communication of real-time data from wind power plants is crucial for more eff­ective monitoring of performance. Additio­nally, it is essential to aggregate the real-time data generated from wind parks to form databases for further analysis. On the basis of this, operators can get better estimates on failure rates, downtime and resource requirement. Digitalisation is expected to increase the value of wind power projects for operators and developers through real-time operation and monitoring of assets. However, in order to realise the benefits, there is a need for the development of industry-accepted practices and standards.
The Indian wind power sector has implemented various digital technologies for diagnostics. While some are standard practices such as SCADA, others are more advanced such as electrical monitoring. Owners’ return on investments is an important factor, making it crucial to assess how technology can minimise the risk exposure. Moving to more standardised digital methods could help reduce risks for the owners of wind plants. Minimising such risks has an even bigger role in the case of projects with greater capital investment such as offshore wind farms.

India is still lagging behind in the automation of O&M for its wind power plants compared to other countries. With the current installed wind power capacity of nearly 40 GW and a target of 450 GW of renewables by 2030, India has ambitious goals in terms of wind power expansion. Since a large volume of the existing wind plants have been set up in the past five years, a large share of wind plants is relatively new. However, there would be a need for technology adoption in O&M to catch up as the wind plants age. As the existing wind turbines age and offshore wind evolves, O&M automation would become increasingly essential. Although the adoption of O&M automation has been slow, original equipment manufacturers should move to recognise its long-term value proposition.

Another set of challenges has more to do with the acceptance of digital methods. In the sphere of digitalisation and big data, there exist barriers related to data sharing and transparency, along with potential barriers such as digital skill gaps within the industry. As per a report by DNVGL, when it comes to challenges preventing successful digital transformation, internal barriers related to company culture and employees are much more common than external barriers such as regulation or industry standards. Thus, technology exis­ts but there needs to be a change in the industry mindset to enable more effective digitalisation. 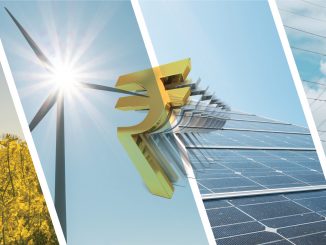 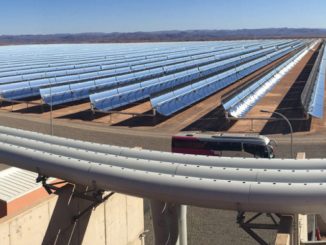 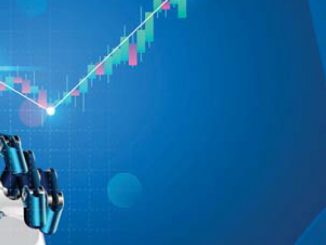 January 18, 2021
Digitalisation is transforming every industry, from manufacturing to transport, banking and energy. The wind power segment is no exception to the digi...
More