The policy for Biomass utilisation for power generation through Co-firing in Coal-based power plants was changed and announced on October 8, 2021, in order to further help the country’s energy transition and reach the aim of cleaner energy sources. This revised policy would provide the required guidance for accomplishing the intended objectives.

As per the policy, it has been mandated that all thermal power plants use 5 per cent blend of biomass pellets made, primarily, of agricultural residue along with coal with effect from one year of the date of issue of this guideline. The obligation shall increase to 7 per cent (except for those having Ball & Tube mill the use of biomass remain 5 per cent) with effect from two years after the date of issue of this order and thereafter. Further, it has been advised in the policy that minimum contract period for procurement of biomass pellets by generating utilities shall be for 7 years so as to avoid delay in awarding contracts by generating companies every year and also to build up long term supply chain.

As a result of various actions taken by the Ministry of Power, initiatives for procurement of Biomass have been taken up by NTPC and different States. NTPC placed an order for 8,65,000 tonnes of biomass pellets, and supply is already underway. Furthermore, in October of this year, NTPC placed a 65,000-ton order. Another round of procurement for 25,00,000 tonnes is underway. The bid submission deadline is November 1, 2021. Haryana, Punjab, and Uttar Pradesh have collectively purchased 13,01,000 tonnes of biomass pellets for co-firing in their power plants. The orders are set to be completed in November, 2021.

The Ministry of Power has already set up the National Mission on use of Biomass in coal-based thermal power plants, to address the issue of air pollution due to farm stubble burning and to reduce carbon footprints of thermal power generation. 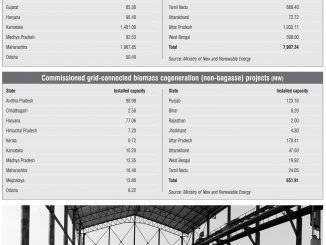 Biomass Update
Achievement as of December 2016 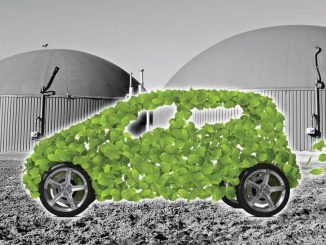 May 7, 2017
Renewable gases can be produced by anaerobic digestion of wet biomass, gasification of woody solid biomass, or the power-to-gas process, in which rene...
More