The United Arab Emirates’ (UAE) power production has long been driven by hydrocarbons. However, in recent years, the country has been focusing on clean power in a bid to cater to its ever-growing power demand and to save the costs associated with it. This is clearly reflected in the UAE’s Energy Strategy 2050, which was announced in 2017. The energy strategy envisages the production of 44 per cent of power from renewables, 6 per cent from nuclear, 12 per cent from clean coal and the rest from natural gas by 2050. It also aims to reduce the country’s carbon footprint from power generation by 70 per cent and increase consumption efficiency of individuals and corporates by 40 per cent by 2050.

DEWA dominates Dubai’s power sector. RSB Dubai was set up in 2010 as the independent regulator for electricity and water. The Dubai Supreme Council of Energy (DSCE) is the governing body for policy development to deliver new energy sources in the Emirates.

The power grids of ADWEA, DEWA, SEWA and EWE have been interconnec­ted to form the Emirates National Grid (ENG). The ENG is operated and monitored from a control centre at the Al Aweer Power Station and can accommodate a power flow of up to 1,450 MW. The ENG forms part of a Gulf-wide regional grid system, linking the national grids of the six countries (UAE, Qatar, Bahrain, Saudi Ar­a­­bia, Kuwait and Oman) of the Gulf Co­operation Council (GCC).

The UAE has one of the highest solar exposure rates in the world, giving it a tremendous potential for renewable energy development. Its future plans involve developing clean energy, which is also in line with its Energy Strategy 2050. To aid this, it is fo­cusing on strengthening its T&D network. The country intends to move towards ad­vanced electricity infrastructure and energy efficiency programmes, with smart grids and electric vehicles (EVs) being a core area of focus. Further, according to the International Renewable Energy Agency (IRENA), the UAE is expected to install over 18 GW of solar energy by 2030, which, in turn, is expected to drive the demand for smart grids in the future, creating vast opportunities for market players. The country is also pursuing a peaceful nuclear energy programme and is the first country in the Middle East to operate zero carbon nuclear power.

Dubai is fast-tracking the development of its clean energy resources to end its re­liance on fossil fuels. In May 2020, DEWA announced that the share of clean energy in Dubai’s energy mix had increa­sed to around 9 per cent. This exceeds the goa­ls set in the Dubai Clean Energy Strategy 2050, which aimed to provide 7 per cent of Dubai’s total power output from clean energy sources by 2020 and tar­gets to add 75 per cent by 2050. DEWA’s total installed capacity stands at 12,900 MW, which includes 1,013 MW from photovol­taic (PV) solar panels at the Mohammed bin Rashid Al Maktoum (MBR) solar park, the largest solar park in the world, which was launched in January 2012 and is managed by DEWA. The fifth phase totalling 900 MW was allocated in Nov­ember 2019, with a record price of $0.01693 per kWh. DEWA is also aiming for solar panels on every roof by 2030. In May 2021, DEWA, in partnership with Expo 2020 Dubai and Germany’s Sie­mens Energy, inaugurated the AED 50 million green hydrogen plant at the MBR solar park. The integrated facility was developed with electrolysis, storage and re-electrification capabilities. The daylight solar power from the MBR park will enable the pilot project to produce about 20.5 kg an hour of hydrogen at 1.25 MWe of peak power.

The Sharjah Investment and Development Authority (Shurooq) and Diamond Develo­pers announced in March 2019, the construction of a sustainable city in Sharjah entirely powered by solar PV. It is poised to become the first residential community in the region to enjoy access to renewable energy storage solutions.

In December 2020, EDF Renewables, the renewable energy unit of the French energy group EDF, closed financing with Jinko Power HK – a subsidiary of China-based power producer Jinko Power Technology – for the 2 GW Al Dhafra PV2 solar project, which will be built approximately 35 km from Abu Dhabi. The project is a public-private partnership with EDF Renew­ables and Jinko Power, each holding a 20 per cent stake, while the remaining 60 per cent is held by Masdar and the TAQA Gro­up. The project is scheduled for commissioning in 2022.

To connect the upcoming renewable energy and non-conventional fuel-based plants with the transmission grid, the UAE has been undertaking grid expansion activities, installing more transmission lin­es, adding more substations and expan­ding the existing ones. TRANSCO, the UAE’s largest grid owner, has an approximately 68 per cent share in the UAE’s line network. DEWA has a 26 per cent share and SEWA has a 6 per cent stake in the network. The majority of substations in the UAE are at the 132 kV voltage level, with DEWA acc­o­unting for over 70 per cent of those sub­s­ta­tions. Only TRANSCO owns and operates substations at a voltage level of 220 kV.

Currently, Dubai has 314×132 kV substations and another 37 substations at 132 kV are under construction. DEWA is also in the process of awarding cable works for the 132/11 kV Tilal Al Ghaf, Senaat, Sara­yat Street and Valley substations, the new 132 kV Citywalk-Khazan cable circuit, and associated modification works. Cur­rently, the total value of DEWA’s power tra­ns­mi­ssion network under construction excee­ds AED 8.5 billion. Meanwhile, the Abu Dhabi National Energy Company (TAQA) plans to invest $10.9 billion for the expansion of its T&D network, which is part of the company’s 2030 vision for inc­reasing the share of power generation from clean sources to over 30 per cent, from the current 5 per cent, by 2030.

A smart grid is a key component of DEWA’s strategy to develop an advanced infrastructure. It includes programmes with investments of up to AED 7 billion that will be completed in the short, medium and long term until 2035. In 2019, DEWA re­new­ed its collaboration with Honeywell to install 2,50,000 additional smart meters across Dubai, bringing the total number of Honeywell smart meters installed as part of the Smart Applications via Smart Grid and Meters initiative to approximately 1 million.

The EV Green Charger initiative, launched by DEWA in 2015, provides a network of EV chargers across Dubai and forms a part of the Dubai Gr­een Mobility Strategy 2030. As of February 2021, Dubai registered 2,473 EVs and 6,016 hybrid vehicles. To further support EV adoption, DEWA is providing free charging for non-commercial EV custo­mers registered in the EV Green Charger Initiative until December 31, 2021.

The Covid-19 pandemic, delays in renewable energy project auctions and project construction, lack of privatisation in the northern emirates and the slow upgrade of T&D networks pose challenges to po­wer sector development.

However, with electricity consumption growing by leaps and bounds, there is a hu­ge  demand for new power projects. The projections for investment in the power sector also look promising. Moreover, the plans to develop renewable energy are driving investments in grid expansion and modernisation. Backed by impressive te­chnology, the UAE is well equipped to meet the ever-increasing energy demand, and create smart and efficient energy sources. Net, net, the UAE is well on track to meet its Energy Strategy 2050. 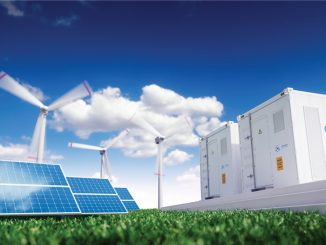 November 2, 2020
As India moves to a future driven by renewable energy, it is becoming clear that the country cannot rely solely on the renewable energy technologies ...
More 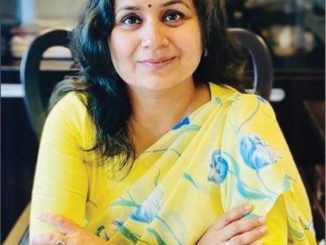 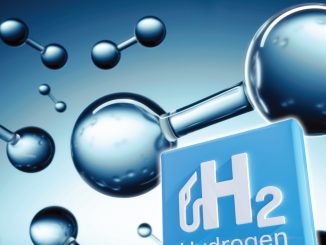 March 31, 2021
Once viewed as the fuel of the future, green hydrogen, or hydrogen produced using renewable energy sources, has swiftly assumed centre stage in the gl...
More