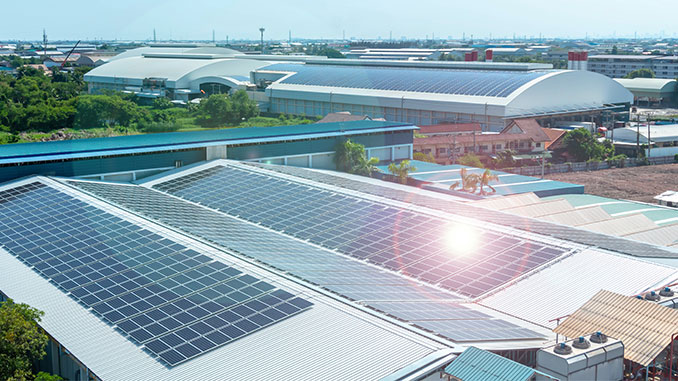 Beginning in 2022, Mahindra & Mahindra (M&M) will install a 58 MWp captive solar facility that will generate around 100 million units of power annually. The project will boost M&M’s renewable power contribution from 12 per cent to 56 per cent throughout its facilities in Maharashtra which include Mumbai, Nashik, Pune, Igatpuri, and Nagpur. The solar plant, located in the Parbhani district of Maharashtra’s Marathwada region, will be built, owned, and operated for a period of 25 years by ReNew Sunlight Energy, a wholly owned subsidiary of ReNew Power.

The company will be able to reach a capacity of 78 MWp with this captive solar facility. This project will also help the company to make considerable progress toward carbon neutrality and Science-Based Targets by reducing carbon emissions by 79,000 tonnes per year. This is the equivalent of planting 3.7 million trees or providing a year’s worth of power to around 20,650 Indian homes. M&M is already using renewable energy with a 0.06 MW project at its Igatpuri factory.

Also, through the EP 100 initiative, Mahindra claims to be the first company globally  to commit to doubling its energy productivity. EP100 brings together a growing group of energy-smart companies improving their energy productivity to lower their emissions and improve their competitiveness. By 2030, it plans to have all of its facilities recognised as ‘Zero Waste’ sites.