India’s renewable energy capacity has grown by leaps and bounds in a few short years, on the back of major auctions for utility-scale solar and wind power projects. The increase in the scale and size of these projects has helped bring down costs and tariffs, and create a competitive market. However, with large projects suffering from challenges such as unpaid discom dues, land acquisition issues, transmission unavailability and grid integration constraints, distributed projects, especially in the commercial and industrial segment, floating solar and energy storage are becoming a popular choice for developers and consumers alike. Slowly, a highly competitive market has emerged in the distributed renewables space with a variety of business models on offer. Against this backdrop, industry experts discuss the benefits and outlook for large utility-scale versus smaller distributed renewable energy assets…

Between utility-scale and distributed renewable energy, which segment has a more promising future in the Indian context and why? What is your perspective on the long-term growth trajectories for the two options with respect to issues such as transmission unavailability and regulatory uncertainty? 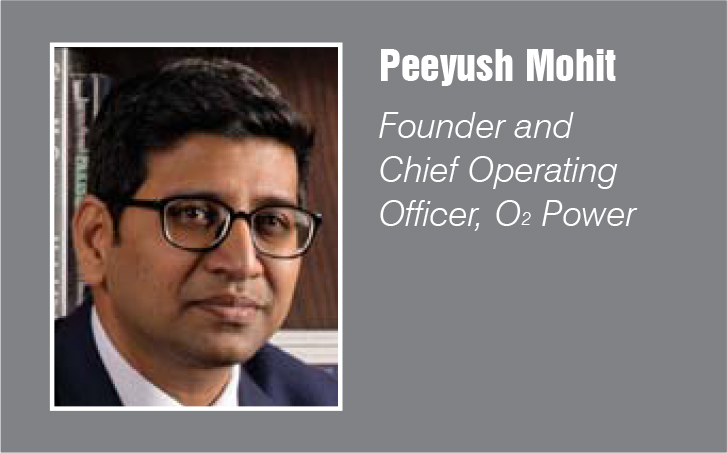 Historical cost curves for renewable energy have shown the promise that solar and wind energy continue to hold for India. I feel that both formats should do well going forward. Technically speaking, distributed renewables being closer to the consumption point, lead to lower transmission losses and avoided cost of transmission infrastructure. However, as long as distribution utilities are not in sound financial health, there will be apprehensions on cross-subsidising consumers moving out of the system. In the past, in some states, this has shown up in the form of charges that make it unviable for customers to procure their own power. There is a need for a consistent policy approach to enable distributed renewable energy to reach its full potential. 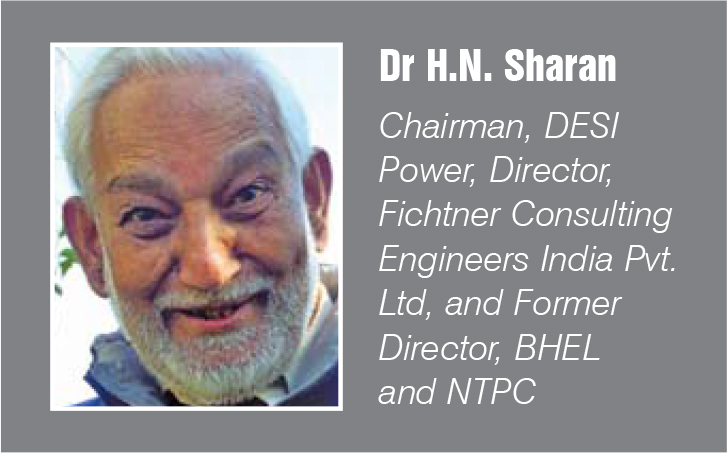 The future of both the sectors is bright, provided some changes in policies, incentives and regulatory regimes are introduced soon. Both sectors will need to incorporate storage and smart system management technologies to ensure time-of-day matching of demand with supply in order to ensure the security of supply at the least generating cost. This will involve hybridisation of primary energy sources with the available storage technologies, such as batteries, water, air, hydrogen or flywheels, selected on the basis of optimisation of the total life cycle cost, for zonal conditions for the centralised grid and for local conditions for microgrids.

As National Solar Energy Federation of India (NSEFI) Chairman Shri Pranav R. Mehta always says, solar spread is as important as solar growth. Since India is blessed with abundant sunlight, utility scale solar is important to increase the share of solar power in the  energy mix while decentralised systems like rooftop and microgrids can help mitigate transmission and distribution losses, and ensure energy is produced where it is consumed. Concerning tariffs,  both in utility scale and distributed sector have achieved grid parity and now equally benefit developers, consumers and the distribution companies.

In terms of long-term trajectory, the way ahead for both utility and distributed solar looks “brighter”. When it comes to utility scale, we already have 50 GW+ in pipeline apart from the installed 40 GW+ utility scale solar capacity. With new announcements of inter-state transmission system (ISTS) charges waiver until 2025, innovative tenders like solar-wind hybrid, Round-the-Clock, Solar + Storage, the outlook for utility scale looks very promising. The announcement of Green Term ahead and Day Ahead markets will also give a much-needed push for utility scale growth.

In case of distributed sector, the amendment  the prosumer rules to increase cap to 500kW from 10 kW have reinstated confidence in residential and commercial segments. At NSEFI, we believe India will triple its rooftop capacity from the existing 5 GW in the next 3-4 years. With the increased interest in corporate RE procurement, India’s Open Access market is also set to grow at a faster pace.

The government of India has been very receptive to industry’s problems and are very proactive in addressing them. At NSEFI,  we believe problems like state level policy co-ordination and implementation, land availability issues, and  pending power sale/power purchase agreement signing will be addressed in a timely manner to ensure sustainable RE proliferation in India.

What steps need to be taken to further improve the outlook for the sector in order to meet the country’s ambitious renewable energy targets till 2030?

Central and state government agencies have been making good efforts to drive growth in the renewable energy sector. That is the reason India has been able to add significant solar and wind capacity over the past decade. However, some issues that are critical for the sector are:

The focus of the centralised power sector’s policy and regulatory framework should be to incentivise the following goals:

The policy and regulatory framework of the decentralised power sector should have the following goals:

To further, proliferate the growth of renewable for meeting the ambitious targets by 2030. India needs to focus on the 4Cs which are Certainty (Policy); Curtailment (Accountability); Capital (Availability and Accessibility)

Certainty:  Policy certainty is paramount for the success of any sector including that of renewables. Re-negotiations of PPA in Andhra Pradesh and Punjab, and tender cancellations in Gujarat and Uttar Pradesh have already created clouds of uncertainty for future investments. While we have to acknowledge that policy, especially that of up-and-coming technologies always evolves, it is highly necessary to have a clear, long term and comprehensive policy and regulatory infrastructure in place. Only this will help us get closer to our ambitious targets.

Capital: Access to affordable capital is an important factor in our journey to 450 GW of RE installations. India needs around $500 billion to create generation, transmission, distribution, and storage infrastructure in the next 10 years. At least 35-40 per cent of these investments will be needed to accelerate distributed renewable energy growth. On the other side of this capital issue, timely payment to developers, clearance of SGD/GST change-in-law claims will help bring more liquidity into the sector.

Curtailment: Curtailment of renewables is now a major concern for investors as well as existing players. At NSEFI, we are tracking in real-time curtailment of both solar and wind in India since lockdown in April, 2020. According to our data at least 73.9 million units of solar and wind power has been   curtailed in the last 1 year with at least 1.5- 2 GW of Solar curtailed every day. This curtailment majorly comes from Tamil Nadu, Andhra Pradesh and Telangana. We actively pursuing legal route in 2 of these 3 states already. However, the need of the hour is to have a mechanism in place that will prevent undue and rampant curtailment of solar and wind in India without respecting the “Must Run” status.

How can energy storage, hydrogen and other emerging technologies be implemented in conjunction with utility-scale/distributed solar?

Energy storage is required by the grid for managing the intermittent nature of supply from renewable sources. However, it comes at a cost. The higher the “firmness” of supply, the higher the cost. I believe that storage integrated tenders must be designed in a way that is optimised between firmness and the resultant tariff. A very high firmness requirement can discover tariffs that discoms may not have an appetite for. A progressive approach must be taken.

As far as green hydrogen is concerned, it may not have a strong use case as a means of storage for the electricity grid. However, it can definitely mitigate emissions in industries such as fertilisers and petroleum refining. Green hydrogen may not currently be cost competitive with grey hydrogen (derived from hydrocarbons), but there does seem to be a promising path to parity. A programme that enables the creation of green hydrogen manufacturing capacity should see India achieving parity in less than a decade.

The power policies followed since 1947 have failed to meet the needs of half our population, and if continued on business-as-usual lines, they are not likely to meet the Indian trilemma, which is “the triple challenge of providing secure, equitable and affordable, environmentally sustainable energy” within the next few decades. No doubt, the provision of electricity from the centralised grid to all cities, towns and villages in India is a major achievement of this policy. Unfortunately, but its reliable and secure availability for productive usage, essential for social and economic development as well as for energy services for human, farming and business needs, is still far from reality. Meeting the minimum power needs of all Indians and of the national economy, infrastructure and strategic security will require some changes in the centralised sector as well as the creation of a decentralised sector.

Power sector policies should commit to supplying reliable and secure CO2-free electricity in adequate quantities for living and productive activities of all Indians, as well as for the replacement of fossil fuels in the transportation and process industries, and other applications within the next few decades. This goal can be best achieved by providing two separate policy and regulatory frameworks, one for the currently coal-driven centralised power sector and the other for a still-to-be created renewable energy-based decentralised power sector. Both sectors will have to become fully renewable within the next few decades if climate change impacts are to be mitigated.

There is no doubt that energy storage will be vital  in the coming years. From a solar+storage perspective, I see three critical areas where this combination can yield good dividends.

MoU Signed between NHPC and BEL

A Memorandum of Understanding (MoU) has been signed between NHPC Limited and Bharat Electronics Limited for the setting up of a GigaWatt scale vertically integrated solar manufacturing unit. The MoU was signed by the directors […]

The government has proactively promoted electric vehicles (EV) through various policies. It launched the Faster Adoption and Manufacturing of (Hybrid and) Electric Vehicles (FAME) India scheme to create EV demand. In addition, the National Mission […]