Goa is the smallest state in India, which thrives on its tourism industry. The state’s sunny beaches and pleasant weather attract tourists to throng the place, which also results in a rise in power demand in the state. During the daytime, Goa needs approximately 540 MW of power, with a requirement of 640 MW during peak hours from 6 p.m. to 11 p.m. At present, Goa relies heavily on other states, with most of this power demand being met by drawing from the national grid. However, in terms of the installed power generation capacity, the state has two significant waste-to-heat recovery plants set up by Vedanta and Goa Sponge and Power Limited, with a total capacity in the range of 80-282 MW. Further, about 0.37 MW of power is produced from biogas. Solar power development in the state has been limited so far, with most installations being set up as distributed solar or rooftop systems.

In contrast to the sluggish growth so far, the state has accelerated its efforts to facilitate the deployment of renewable energy over the past two years. Along with amendments to the state solar policy and rooftop net metering scheme, a rural village electrification scheme has been launched. Entities such as Energy Efficiency Services Limited (EESL) have also entered the scenario with plans for scaling up solar power development in the state. The Goa Energy Development Agency (GEDA) is the state’s nodal agency in the renewable energy sector, which aims to execute new and renewable sources of energy in the rural and urban areas in the state. These plans are undertaken either directly or with the assistance and cooperation of various existing agencies engaged in the field, which include private and public cooperatives. Through GEDA, the state is focusing on the promotion of solar thermal and solar photovoltaic (PV) systems, wind-solar hybrid projects, energy efficient devices as well as integrated rural energy programmes, which aim to provide minimum domestic energy for cooking, heating and lighting.

In addition to meeting the growing demand for power, the state aims to increase the share of renewable energy sources in the energy mix and meet renewable purchase obligations (RPOs). On the basis of reports submitted by the electricity department of Goa, the Joint Electricity Regulatory Commission (JERC) observed that while the state had achieved its solar RPO target for financial year 2019-20, it had a shortfall of 43.4 MU in achieving its non-solar RPO targets. The total RPO target to be met for financial year 2019-20 was 11.5 per cent, of which 4.7 per cent was the solar target. In order to comply with the non-solar RPO targets, the state’s electricity department had signed a letter of intent (LoI) with Manikaran Power Limited for the supply of non-solar renewable power and another LoI under a short-term open access agreement with Tata Power Trading Company Limited. As per the action plan submitted by the electricity department, the state planned to generate 2 MUs through solar projects and 0.61 MUs through non-solar renewable sources. Meanwhile, the total RPO targets for financial years 2020-21 and 2021-22 are 14.1 per cent and 17 per cent, respectively, and the solar component of the targets for these years are set at 6.1 per cent, and 8 per cent, respectively.

As of March 2021, Goa has an installed solar capacity of only about 7.44 MW, as per the Ministry of New and Renewable Energy (MNRE). This is still a long way from achieving the target of 150 MW by 2022. Over the past few financial years, there has been minimal grid-connected solar rooftop system installation in the state of Goa. However, Goa has taken steps to begin developing a supportive policy framework for the future development of renewable power.

The Goa Solar Policy sets up a framework for solar power generation. These include generator categories of small and large prosumers, that is, consumers that already have a connected load with the Goa Electricity Department (GED) and produce solar power, as well as producers that plan to set up solar power plants with a capacity of more than 100 kW to sell power to discoms under gross metering as per the tariff discovered by reverse bidding. As a fillip to the growth of solar energy in the state, Goa is also promoting open access-based solar energy. Consumers with a demand load of 1 MW and above shall be eligible to take power under open access during peak hours, that is, 6 p.m.-11 p.m. Producers can also set up plants under the renewable energy certificate mechanism and sell the power to GED at the average power purchase cost. The policy also delineates a framework for land procurement for setting up projects.

Moreover, according to the state net metering guidelines, 50 per cent financial assistance shall be provided in the form of subsidy with a maximum limit of Rs 54,000 per kW, towards the installation of grid-connected solar rooftop systems with net metering in the range of 1-90 kW, for residential purpose. Despite being the smallest state in India, more than 114 consumers in Goa had installed rooftop solar systems as of March 2020, with 107 of them being net metered connections. Goa plans to expand its rooftop capacity manyfold in the near future. In January 2021, GEDA issued an expression of interest for the empanelment of agencies to design, supply, install, test and commission grid-connected rooftop solar PV systems with an aggregate capacity of 80 MW to be installed on residential buildings and group housing societies and resident welfare associations.

Through its solar policy, the state also aims to increase the participation of farmers in the solar energy segment and augment their income sources by production and sale of solar power to discoms. Farmers, on their own or through a developer, can set up decentralised power projects on their uncultivable agricultural land. Further, under the policy, the state will promote the solarisation of grid-connected agricultural pumps.

Goa announced its Rural Village Electrification scheme in August 2020. This scheme has been formulated to ensure last-mile connectivity and electricity connections to all the remaining unelectrified households in the state. The main aim of this scheme is providing solar PV-based standalone systems for unelectrified households located in remote and inaccessible villages and habitations, where grid extension is not feasible or not cost effective.

In May 2021, a solar electrification programme was inaugurated in the state. The programme focuses on delivering clean, affordable and reliable energy to those residing in remote rural areas. This initiative has been undertaken by GEDA, along with Convergence Energy Services Limited (CESL), a subsidiary of EESL. The programme will involve installing and maintaining solar PV systems for five years. Earlier, in December 2020, GEDA invited bids for installing 151 power conditioning units, six solar home lighting systems and 58 solar street lights under the Remote Village Electrification programme. Further, in April 2021, CESL invited bids for the design, manufacture, supply, installation and commissioning of 151 solar conditioning units, solar street lights and six solar home lighting systems at various households in Goa. 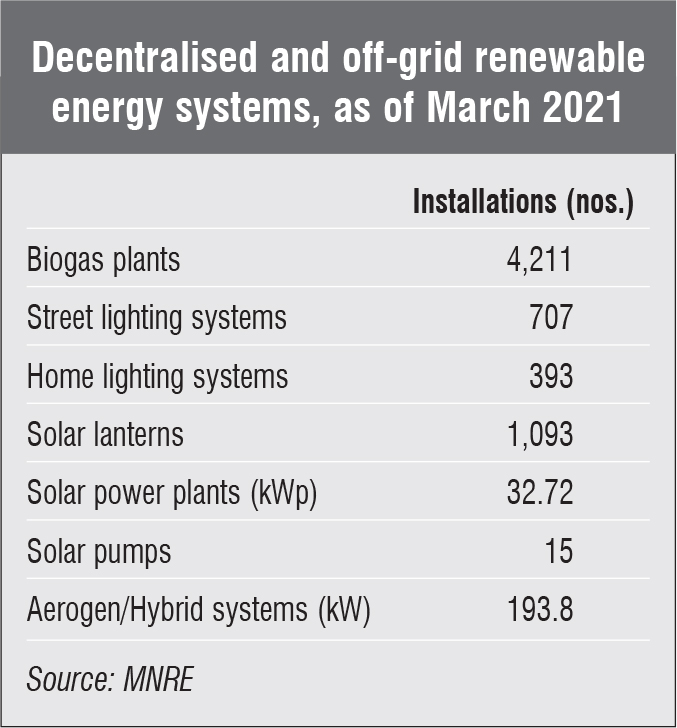 EESL has played a significant role in the developmental efforts for promoting solar power in Goa. EESL’s climate financing interventions include programmes such as Gram UJALA and the Decentralised Solar and Gram Panchayat Street Light programmes. In November 2020, EESL signed an MoU with the Department of New and Renewable Energy (DNRE) of Goa to implement India’s first convergence project in the state. EESL’s convergence initiative includes the provision of solarised agricultural feeders, battery energy storage systems and LED street lights in local villages. As per the MoU, EESL will install around 100 MW of decentralised ground-mounted solar power projects, which will be used for agricultural pumping. These installations, ranging between 500 kW and 2 MW, will be set up on the land provided by gram panchayats or electricity boards. Under the project, 6,300 agricultural pumps will be replaced with BEE star-rated energy efficient pumps and 1.6 million LED bulbs will be distributed to rural households in Goa. According to the Goa ministry, this project is expected to accrue savings of about Rs 25.74 billion to the state, over a period of 25 years, while also improving the health of distribution companies. Further, approximately 400,000 households are expected to benefit from this project, avoiding 140,000 tonnes of emissions.

In line with its scaled efforts, EESL also floated a tender in February 2021 for developing 70 MW of solar power projects at various locations across Goa. CESPL was responsible for conducting auctions for the offered capacity, which was divided into three lots of 25 MW, 25 MW and 20 MW.

The state of Goa is also ramping up efforts in the clean mobility segment. It has been encouraging the uptake of electric vehicles (EVs) by giving incentives and subsidies such as cash incentive, exemption from registration charges, subsidy to access affordable lease, as well as incentive to scrap old vehicles. Under the Solar Policy. 2017, the state plans to set up renewable energy-based charging stations. Further, in April 2021, the Goa government released a draft EV policy. The policy aims to encourage start-ups and investments in the field of electric mobility and associated sectors such as mobility-as-a-service, autonomous vehicles, data analytics, and information technology.

Among other developments, in July 2020, EESL floated a tender to procure 250 electric cars. Tata Motors and Hyundai Motors won the tender to supply 150 units and 100 electric sports utility vehicles, respectively. Tata Motors also announced a partnership with DNRE in February 2021 to deploy its EVs in Goa, as a part of its tender with EESL.

Looking at the nascent stage of its renewable sector, Goa has begun to scale up efforts and has also sought support from the centre. In January 2021, the Goa government approached the MNRE seeking technical support for carrying out a feasibility study to evaluate the potential, availability of technologies and financial viability for setting up power generation projects from new and renewable energy sources in the state. Further, the government has taken steps to lay out a road map for renewable energy. Consequently, in March 2021, the Goa government signed an MoU with Germany-based Deutsche Gesellschaft für Internationale Zusammenarbeit (GIZ) to develop a state energy plan for a 100 per cent renewable energy road map under the Indo-German Programme on “Access to Energy in Rural Areas”. GIZ will provide technical assistance in setting up the strategic unit, as well as monitoring, reporting and modifying components of the road map. The memorandum has been signed to achieve a goal of creating a strategic unit to develop, maintain and implement a multi-sectoral action plan.

Having sunny roofs and limited space, Goa aims to further promote the uptake of rooftop solar in the state. A storage component added to a grid-connected set-up can help enhance power supply reliability in the state that is prone to frequent changes due to climatic conditions. Thus, the state aims to promote grid-connected rooftop solar with both storage and non-storage systems for residential and other LT consumers and systems with advanced storage options capable of peak power management for industries and other HT consumers. Further, the state  plans to facilitate rooftop uptake in the industrial consumer category, which is the largest consumer in the state.

Goa, being a coastal state, has a small potential for wind power development. As per the National Institute of Wind Energy, the state has the potential for 0.84 GW of wind power capacity at a hub height of 100 metres. This potential is spread across areas with conditions suitable for an estimated 20 per cent of capacity utilisation factor. Since Goa is a sunny state with favourable wind speeds, there is also a potential for setting up wind-solar hybrid systems for optimal utilisation of both resources. Although there have been small pilot-level initiatives in this area, the potential remains largely unexplored and presents an attractive opportunity for interested developers. 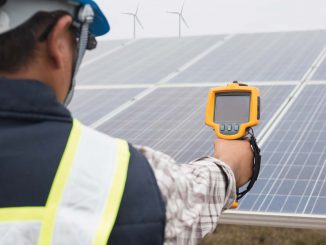 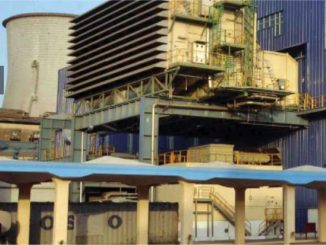