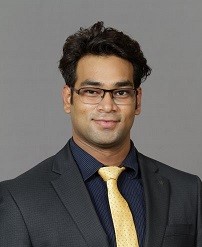 Climate Change is a global phenomenon. Hence, one nation cannot combat climate change alone. Global efforts are needed even to mitigate the negative effects of climate change. Solutions that are cooperative and collaborative in nature. More than 200 countries participating in COP25 is a testimony to the fact that global problems require global solutions. The cause-and-effect relationship is not the same when it comes to global problems such as climate change. Cause may be somewhere, but effects are seen everywhere.

Almost every human activity produces carbon emissions, and it is now a well-known fact that carbon emissions are the primary reason for global warming, which is causing the climate change. So, the most logical solution to tackle climate change would be to reduce these emissions. There are 2 ways to reduce emissions: 1. promote those activities that avoid certain emissions being released into the atmosphere and 2. promote those activities that absorb emissions from the atmosphere such as increasing forest cover. The world is comprising of developed, underdeveloped and developing countries. Developed countries which have caused much of the damage, developing countries which had just started industrialisation and under-developed countries which haven’t yet started industrialisation.

As a developing country, India is a part of the Kyoto Protocol. We do not have binding emission reduction targets like the developed countries, hence every activity which helps mitigate or reduce emissions from the atmosphere can help that country or that company earn carbon credits, which they can sell in an open carbon market recognised internationally. India and China are considered to be benefitted most from the carbon trading schemes. The world’s biggest carbon market is European Union Emissions Trading Scheme, popularly known as EU ETS. In EU ETS, member countries are allocated carbon permits or allowances for a particular year. These countries will have to limit their carbon emissions to that level. Failing to do so, they can buy extra permits from countries who have emitted less than they are allowed to or probably have reduced more efficiently. This is known as Cap and trade mechanism, a market based instrument that incentivises countries who have reduced more emissions, and allow them to sell it at competitive prices to the countries who could not reduce enough.This gives rise to Carbon Trading.

Carbon trading is an innovative way to mitigate the carbon emissions. It is buying and selling of a kind of carbon currency, known as carbon credits. Carbon credit is the right to emit 1 ton of CO2 emissions. 1 Carbon credit equals 1 MtCO2 eq. A rich developed country can buy carbon credits from under-developed or developing countries in exchange for some monetary value, thus allowing them to earn a little extra while keeping these emissions under control.

How to Trade: Earn and Sell Carbon Credits

Carbon credits are actually recognised as bankable, transferable credits. In India, the projects that help reduce emissions are liable to earn carbon credits provided they fulfil the two conditions: additionality and financial viability conditions. The projects that earn carbon credits should be able to reduce emissions from what would have otherwise resulted from a business as usual (BaU) scenario. This is known as additionality condition. Another essential condition is its financial viability. The project developer should be able to prove that the project will not be financially feasible without the revenue earned from selling these carbon credits. If these two conditions are fulfilled, companies can earn internationally recognised carbon credits that are recognised and accepted across the world.

In India, National CDM Authority is one such organisation that can certify your carbon emissions reduction and can offer you CERs (Certified Emission Reduction). Carbon credits under this mechanism are known as CERs. Like Clean Development Mechanism, there are other voluntary markets as well which can offer you certified carbon credits.

Carbon trading is an attractive proposition for countries that have difficulty in further reducing their emissions, countries which have binding emission reduction targets and were unable to do so, or it was not economical for them to reduce emissions, or for companies which voluntarily want to reduce their emissions and become net zero or carbon neutral. The IMF has said that a price of $75 would be consistent with climate action ambitions. So, the potential for earning extra revenue is huge for companies or countries alike.

Interestingly, the revenue that you can earn by selling carbon credits/ CERs is not a business income, but capital receipt, hence not taxable, which makes it even more profitable.

The time is now to realise the responsibility towards the planet and the environment and what better way to do it than with a business opportunity. As a developing country, India has a lot of potential for reducing carbon emissions in not just the energy sector but other sectors as well such as agriculture, animal husbandry, etc. India is also the 2nd most popular destination for voluntary carbon offsetting projects. At a time, when companies are striving to go for net zero, companies that can earn carbon credits can develop a secondary revenue stream just by selling these credits. So, what are you waiting for? If you are a business that is helping reduce emissions, search for ways to earn carbon credits can wait for the right time.