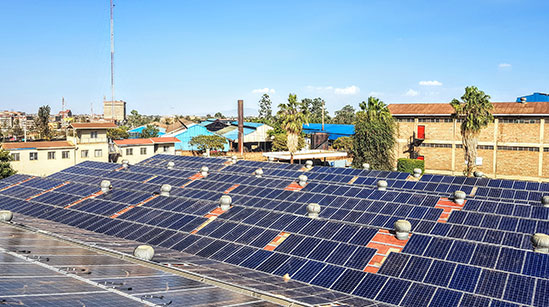 Chattisgarh-based integrated steel manufacturer, Godawari Power &Ispat Limited, has announced plans to set up a  250 MW solar power plant in Raigarh, Chhattisgarh. The Board of the company has approved the proposal to set up the plant at a cost of about Rs 7.5 billion with the funding coming from internal accruals. The solar plant shall come up over an existing idle land parcel of 362 hectares acquired by the company and generate 370 million units of electricity per annum. The power generated from the solar project will replace the high-cost thermal and grid power, and be utilized for the enhanced billet capacity in the company’s existing plant situated in the Raipur district of the State. The project is expected to be commissioned in December 2022

Godawari Power &Ispat Limited a public limited company that was established in 1999 and belongs to the Hira Group of Industries, Raipur.  The company manufactures sponge iron, billets, ferroalloys, captive power, wires rods (through subsidiary company), steel wires, Oxygen gas, fly ash brick, and iron ore pellets. GPIL is also awarded rights for iron ore mining for captive consumption, as a result of which, the company has managed to traverse the entire value chain (raw material to final product) in steel wires and has now become a fully integrated steel manufacturer.