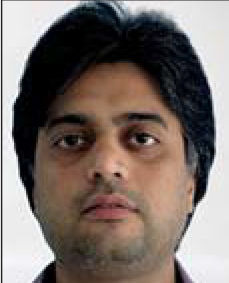 Dr Anurag Pandey has about two decades of experience in various aspects of materials and process engineering, hydrogen and fuel cell technology and alternative energy, and currently leads hydrogen economy R&D activities at Reliance Industries Limited. Over the past nine years, he has been working extensively on clean energy solutions, particularly fuel cell technology and hydrogen economy, and has explored various aspects of hydrogen economy for its techno-commercial viability. The most interesting aspect of his current role is to figure out a holistic, sustainable and economically viable bouquet of promising technologies and start-ups for commercialisation.

“Hydrogen’s tremendous potential in renewable energy through solar and untapped wind energy, combined with electrolysis, will open up new possibilities for abundant clean energy. It can offer democratisation of energy generation, wherein small to large players can participate. Through hydrogen, India can aspire to achieve energy security and also become an energy exporter,” he says.

According to him, a robust and efficient hydrogen supply chain will remain the holy grail for green hydrogen. “The path to green hydrogen will have to go through grey (fossil derived) and blue (with carbon capture/sequestration). The transition to a hydrogen economy from the incumbent fossil base faces multiple challenges and it is important to handle these in a timely, holistic and systemic manner,” he says. Initially, hydrogen costs are expected to be higher due to lower economies of scale and hence, it is prudent to use low-cost grey/blue hydrogen while building the supply chain and infrastructure, he notes. The key policy interventions needed include easy access to capital for new projects, gradually incremental use of hydrogen in transport and industry, tax benefits, emission penalties and the roll-out of some large, sector-specific demonstration projects backed by relevant ministries and stakeholders.

Pandey’s goal is to contribute significantly towards developing and establishing a renewable hydrogen economy so that India can finally be energy secure. “Ultimately, I want to see a future where energy, the fundamental aspect of our lives, is available to everyone on demand in the most affordable and sustainable way,” he says.

In his spare time, Pandey likes to consume technology and science news and documentaries, in the areas of infotech, natural science, astronomy, energy, materials and engineering. He is fascinated by the nature of reality and humans’ role in the cosmos, and loves dwelling on this.