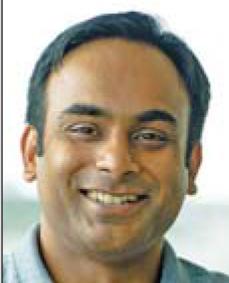 Saurabh Marda is the co-founder of rooftop solar company Freyr Energy. Watching his company gradually scale up the number of rooftop installations is a particularly satisfying part of his job. “The cumulative amount of installations that we undertook in the first six years is what we now do in one year,” he says with some pride.

Marda has experience of over a decade of working in the clean energy space. After obtaining an undergraduate degree in engineering from RV College, Bengaluru, he went on to pursue a master’s in environmental engineering from the Georgia Institute of Technology, Atlanta, USA. After working in environmental consulting for a few years, Marda pursued a master’s in business administration from Yale University. Thereafter, he gained experience in the solar power sector, working with various leading solar companies including SunPower and Solaria, before eventually co-founding Freyr Energy in India.

Marda is extremely optimistic about the growth of the rooftop solar segment and strongly feels that its progress should not be weighed against arbitrary targets. With about 1.2 GW of rooftop capacity being installed in 2020, Marda believes that the country’s progress in this area is by no means slow. That said, he believes that policies should be built around creating a mutually beneficial system for both consumers and utilities in order to increase uptake in the residential rooftop segment. Further, he believes that streamlining of rooftop solar policies across the state and central governments would help improve adoption.

Freyr Energy has aggressive growth plans going forward. Marda aims to achieve this by leveraging the platform that the company has built so far and by giving customers the best possible experience. He goes on to say that the broad goal of the company is to become an even more prominent player in the residential rooftop segment over the next couple of years.

Marda’s management style is rooted in the philosophy of leading by example. No major rules are imposed on his employees. At the same time, he believes in being transparent and honest with his team.

As a trained engineer, Marda enjoys solving engineering problems. In his free time, he plays various sports and works out, and this, he believes, gives him more energy for work. He also loves spending time outdoors with his five-year-old daughter.