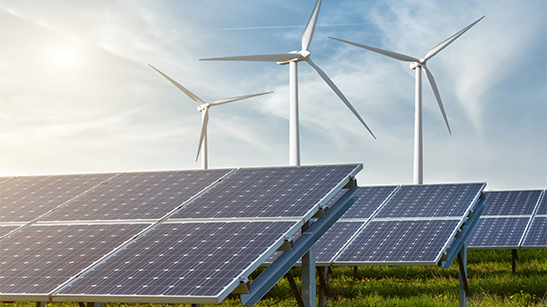 The Solar Energy Corporation of India (SECI) has issued a request for selection for setting up 1.2 GW of inter-state transmission system (ISTS) connected wind solar hybrid projects. The projects are part of tranche IV of SECI’s ISTS-connected wind-solar hybrid project tenders. The project developers selected by SECI based, shall set up wind-solar hybrid power projects on build-own-operate basis. SECI shall enter into a power purchase agreement with the winning developers for a period of 25 years from the date as perthe provisions of the agreement. The last date for bid submission is May 28, 2021.

As per the tender document the minimum bid capacity shall be 50 MW, with at least 50 MW of project capacity being proposed at each project site, and maximum bid capacity shall be 1,200 MW. Buying entities and bulk consumers which require wind-solar hybrid power to fulfill their solar and non-solar renewable purchase obligation (RPO) under respective RPO regulations will be eligible to buy wind-solar hybrid power under this scheme.The rated installed project capacity of either of the solar or wind components shall be at least 33 percent of the contracted capacity. SECI has allowed for the solar project component to be sub-divided into a number of ‘blocks’, being set up at multiple locations, if required. However, such blocks for a single solar project component shall be located within the same state.

Since 2018, SECI has tendered three traches of ISTS-connected wind-solar hybrid projects. Of the three tranches, allocation for the first two has been completed. Both Tranche I and Tranche II were undersubscribed, primarily due to low tariff caps in tenders. The tariffs discovered for the first two tranches ranged between Rs 2.67 per kWh and Rs 2.69 per kWh. SECI had originally announced the tender for Tranche III in December 2019, although it was delayed multiple times.