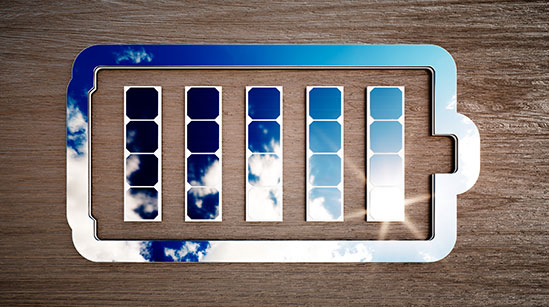 The Karnataka Renewable Energy Development Limited (KREDL) has invited project developers to sell renewable energy for charging a battery energy storage system (BESS). According to an expression of interest (EOI), the selected developer would have to sell energy (27-30 MWh/day) for seven years which will be used to charge a 7 MW/21 MWh BESS in Pavagada Solar Park or any other location.

Solar, wind, small hydro, or renewable energy from any other source would be procured through an open access mechanism for charging the storage system during off-peak and regular hours. Meanwhile, the discharged energy from the battery would be sold to commercial and industrial consumers during peak hours. The last date for bid submission is April 6, 2021 and, the proposed BESS pilot is expected to be online by March 2022.

Energy storage uptake in India has, until now, been mostly limited to smaller behind-the-meter power backup applications and for catering to the nascent EV market in the country. However, the past few months have witnessed an increase in the uptake activity, indicating the emergence of an energy storage market in India, driven by increasing cost competitiveness, improving technology, and tendering activity. While energy storage systems in India are primarily used for backup at present, going forward, they are going to find greater uptake in renewable energy integration. Renewables, especially solar and wind, are infirm by nature and their generation patterns change according to resource availability. Thus, energy storage can store any excess renewable energy generated, to be used at a later time. It thereby helps in leveling out any peaks or troughs in the generation patterns from variable renewables and creates a stable and continuous energy stream throughout the day and night.