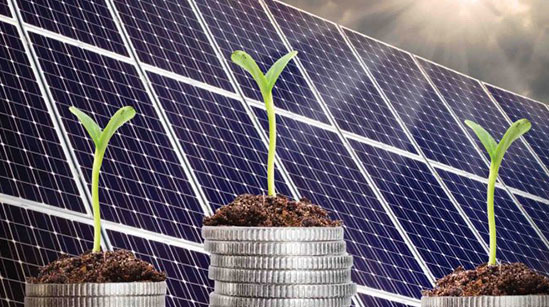 Solavio Labs, an Indian start-up that develops robotic technologies to clean solar panels, has announced that it has raised Rs 4 million in funding from a Canadian innovation fund. This announcement takes the start-up’s total funds raised to Rs 20 million. Solavio Labs is now the only Indian start-up in the clean energy spaceto procure funding from three government bodies namely, India, Dubai, and Canada in the last year.

With the announcement, SolavioLabs also announced its expansion into the Middle East and North America. Further, to support the growing global demand for PV technology, the company also has plans to scaleits manufacturing base in India with the production of 12,000 units by the end of the current financial year. The company has reported that its systemsare compatible with most structures, mounting areas, and climate conditions, and also about 30 per cent lighter than most robotic cleaning technologies in the market.

SolavioLabs is a Coimbatore-based start-up that specialises in artificial intelligence-based solutions for solar panel cleaning. So far, SolavioLabs has secured orders for 100 MW of solar plants globally. The company recently signed a long-term Memorandum of Understanding with the Dubai Electricity and Water Authority (DEWA). Under the agreement,  it successfully commissioned its first set of autonomous solar panel cleaning bots to pilot at the 1.8MW solar PV carport located at the DEWA head office property.