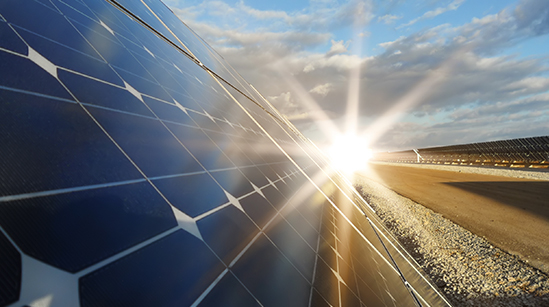 Indian Institute of Technology,Bombay’s National Center for Photovoltaic Research and Education are in the process of developing crystalline silicon solar cells with an efficiency of at least 22 per cent. The institute is also developing perovskite solar cells which are manufactured by roll-to-roll coating. At the same time, state-owned engineering company, Bharat Heavy Electricals Limited isin the process of developing its Passivated Emitter and Rear Cells (PERC) with a minimum efficiency of 21 per cent. The Indian government has announced funding for both the initiatives with a production-linked incentive scheme. The Ministry of New and Renewable Energy (MNRE) has also established the Foreign Direct Investment Cell and Project Development Cell to attract investments under the solar manufacturing sector.

In November 2020, the government approved the production-linked incentive program in ten sectors which included high-efficiency solar photovoltaic modules. Under the program, the government proposes to provide Rs 796.42 billion in the next five years to several sectors like high-efficiency solar PV modules, advanced chemistry cells battery, and automobiles and auto components. In the Union Budget 2021, the government committed to injecting Rs 1.97 trillion over the next five years to boost the prospects of solar manufacturing in the country. These efforts would be directed at scaling up the sector as well as creating new job opportunities. Of this amount, Rs 45 billion has been earmarked for supporting R&D in high-efficiency solar PV modules manufacturing.