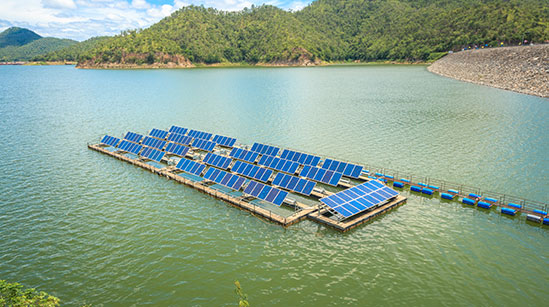 A hybrid power project has been approved by the Municipal Corporation of Greater Mumbai (MCGM) on the Middle Vaitarna Dam. It is the country’s first civic body to develop such a project. Currently, the Dam supplies water to Mumbai’s metropolitan region. MCGM has also announced that it will form a joint venture between Shapoorji Pallonji & Company and MahalaxmiKonalUrja. The hydroelectric project will have a capacity of 20 MW, and the floating solar project a capacity of 80 MW. The power will be purchased at a set tariff of Rs 4.75 per kWh for 25 years. The project will generate 208 million units of electricity which could potentially help MCGM save Rs 240 million in power bills.

Floating solar has gained traction in India due to the availability of dams, lakes, and reservoirs where such projects can be easily installed.  In November 2020, SunSourceEnergy announced that it would develop a 4 MW grid-connected floating solar project along with a 2 MW/1MWh battery energy storage system. In October 2020,  theDamodar Valley Corporation proposed 1.7GW of floating solar projects along with four of its dams in West Bengal and Jharkhand.