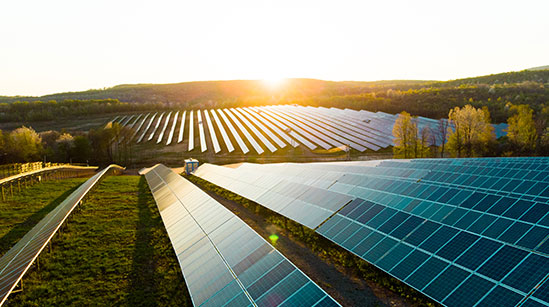 The MNRE has announced the approval of 2.92 GW of solar power park projects with central financial assistance (CFA) of over Rs 384 million in Uttar Pradesh as well as some northeastern states of the country. In Uttar Pradesh, 2,840 MW of solar projects will be developed with a CFA of Rs 380 million under the programme for the development of solar parks and ultra-mega power projects. The remaining capacity of 80 MW will be distributed equally among the northeastern states of Arunachal Pradesh, Manipur, Meghalaya, and Mizoram with a CFA of Rs 4.27 million.

The central government has taken measures to make full use of the solar potential in these states. Foreign direct investments of up to 100 per cent have been allowed and interstate transmission charges have been waived for wind and solar projects. Additionally, new transmission lines have been laid and substation capacities have been added under the green energy corridor project. The solar programs implemented in these states include the PradhanMantriKisanUrjaSurakshaevamUtthaanMahabhiyan (PM KUSUM) scheme, Solar Rooftop Program Phase II, and the Solar Park Program.

As of February 2021, Uttar Pradesh has floated tenders for about 6.6 GW of solar capacity while the entire northeastern belt has issued tenders for 635 MW of solar power. Recently, The Uttar Pradesh New and Renewable Energy Development Agency floated a request for selection inviting developers to build 275 MW of grid-connected solar power projects across the state.