With a rich solar potential, India has been exploring avenues to tap this resource and build a robust solar power market. This market is divided into two broad segments: large utility-scale projects and smaller rooftop and distributed projects. In line with the ambitious renewable energy targets across segments, the 2022 target for rooftop solar is also a tall one at 40 GW. So far, the achievement has been very modest, with only about 6 GW of capacity being set up. Rooftop solar’s consumers span residents, small enterprises, and commercial and industrial (C&I) entities.

Despite this diverse consumer base, efforts to promote the segment and the huge potential across India’s brightly lit roofs uptake remain slow. The growth of the rooftop segment is being stymied by a policy tussle  and various challenges.

The line separating net and gross metering Net metering has been the primary subject of debate for this segment. Although net metering has been hailed as a key driver of rooftop solar growth, it has suffered from the lack of proper implementation. There is little consistency across different states and stakeholders. Under the net metering mechanism, the billable amount for prosumers is adjusted against the solar power they supply to the grid. Meanwhile, under the gross metering mechanism, the consumer is compensated at a fixed feed-in tariff (FiT) for the solar power supplied to the grid, and has to pay the retail supply tariff for the electricity consumed from the grid. Usually, the FiT and the retail supply tariff are different. It would be less attractive for prosumers to set up larger rooftop solar installations if the FiT is not adequate to compensate for the retail tariff for grid-sourced electricity – which is often the case.

Putting a ceiling on net metering has been one of the main obstacles in the way of rooftop solar capacity growth. The debate became more heated when the Ministry of Power (MoP) issued new rules in December 2020 regarding the rights of electricity consumers. As per the rules, net metering will be applicable for loads up to 10 kW and gross metering will be applicable for loads above 10 kW for potential or existing prosumers with solar power generating systems. While this was a marginal improvement over the draft issued in September 2020, which set the cap at 5 kW, it was still met with considerable backlash from the industry. Agencies such as the National Solar Energy Federation of India have also appealed to the Ministry of New and Renewable Energy (MNRE), advocating for the removal of the net metering clause since this would adversely impact micro, small and medium enterprises (MSMEs) in the segment. Following the backlash, the MoP has considered reviewing its stance on gross metering for installations of over 10 kW capacity.

Among states, West Bengal has also issued restrictive regulations. The state recently issued an amendment to the Cogeneration and Electricity Generation from Renewable Sources Regulations, 2013. As per the amendment, consumers (except agricultural consumers) with contract demand above 5 kW are to set up rooftop solar systems under the gross metering arrangement.

The discoms, which are already facing financial constraints, also have a vested interest in supporting the capacity ceiling. First, if C&I consumers become self-reliant by producing their own electricity, discoms would lose an important share of their clientele. Second, to meet their renewable purchase obligations, discoms prefer to source renewable power from utility-scale projects since their tariffs are lower. Some discoms, such as Punjab State Power Corporation Limited, believe that procuring cheap solar power from the market and distributing it to consumers would be better than setting up rooftop solar projects under the present net metering regulations. If more consumers begin opting for rooftop solar systems under net metering, discoms may lose out on revenues due to lower sales and would have to pay stranded power purchase costs.

As rooftop systems for residential households are often small in scale, they are not as affected by the net metering cap. However, these small-scale consumers are also fewer in number due to a lack of awareness and the unavailability of funds, since setting up a rooftop installation requires considerable investment. The breakeven period for residential installations may be as long as four or five years, which might be too long for potential prosumers who are not very far-sighted. While government subsidies and central financial assistance may help the residential segment in setting up smaller capacities, little subsidy is provided for larger capacities, and none for installations beyond 10 kW. There is also a lack of affordable financing for MSMEs looking to set up rooftop solar systems. Although the Small Industries Development Bank of India has also launched an affordable financing scheme for its MSME customers, the impact is limited, with scope for more initiatives. Although international financing is available for clean energy through institutions such as the World Bank, the Asian Development Bank and the Green Climate Fund, access to it is mostly limited to large solar independent power producers and A-rated corporates.

The medium to large consumers comprise group housings or C&I consumers. Usually, the C&I segment is keen to take up rooftop solar, since they have the capital to invest and often have to pay high grid tariffs. However, potential C&I prosumers may be deterred by the ceiling for net metering since their capacities would fall under the gross metering domain and would thus not be as profitable. Further, under most existing state-level policies, the maximum capacity limit for rooftop solar systems to qualify for net metering is capped at 1 MW for a single metering point. This has also limited the number of C&I consumers.

Rooftop solar projects are mainly implemented through two types of business models – capital expenditure (capex) and operating expenditure (opex). Under the capex model, the consumer owns the system and project development occurs on an engineering, procurement and construction basis. These projects are usually small, with capacities under 100 kW, and are vulnerable to low quality and safety hazards due to low-level customer awareness and an emphasis on reducing capital costs. While there are standards in place for solar project components, there are none for the actual process of implementation. Thus, the workmanship and implementation, especially for smaller projects trying to cut costs, remain largely unchecked. Since the consumer directly bears the costs, there is an increased focus on reducing capital costs without properly accounting for long-term gains. This may compromise the quality of the system, making it underperform and consequently affect future returns.

Under the opex model, the developer owns the solar project, and the consumer only has to pay for the energy generated at an agreed tariff. These projects tend to be larger and are more popular with C&I consumers. They have better quality and safety measures since more experienced developers are involved, but these measures are still not as thorough as those taken by utility-scale developers with

greater financial resources and specialised teams. If the capacities of C&I consumers’ projects are brought under gross metering, with a low FiT, there will be a greater struggle to ensure quality and high performance. Ensuring that proper standards are in place for the installation of these projects is critical to fully utilise the gains from them.

The installation of a rooftop system involves obtaining discom approvals, procuring equipment, setting up the structure and modules, cabling, installing the inverter, getting a net metering or gross metering connection, and getting subsidy reimbursement where applicable. While some steps could involve time-consuming bureaucratic hurdles, others add to the cost of the system. The Covid-19 pandemic too has exacerbated the problem of financial limitations in the rooftop segment, with residents and C&I consumers less willing to shell out capital costs in light of the economic slowdown. The response of state-level renewable energy departments to the pandemic has not been uniform in terms of providing relaxation in timelines to installers despite the MNRE’s directive to grant extensions to these projects due to the pandemic being classified as a force majeure event.

The capacity ceiling and low FiTs for gross metering remain particularly concerning since the costs involved in setting up rooftop solar systems are significantly higher than those of utility-scale projects, which have achieved economies of scale. However, economies of scale could also help bring down the cost of rooftop solar if discoms aggregate the demand for rooftop solar under their purview. Rooftop systems provide additional benefits such as lower water requirements and limited land requirements. Further, their shorter transmission distances also help in reducing the aggregate technical and commercial losses of discoms. In the coming years, innovative discom-led models could pave the way for rooftop solar. By shouldering the responsibility, not only will discoms be able to realise its benefits, residential and small enterprises will also be encouraged to take up rooftop solar.

August 31, 2022
In order to jointly develop a large-scale green hydrogen facility within the Suez Canal Economic Zone, Globeleq, based in Africa, has signed a MoU wit...
More 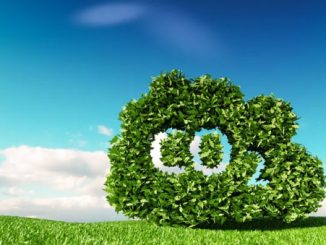 November 18, 2021
The European electricity sector is undergoing a steady transformation, brought about by the massive growth in renewable energy resources and the Europ...
More