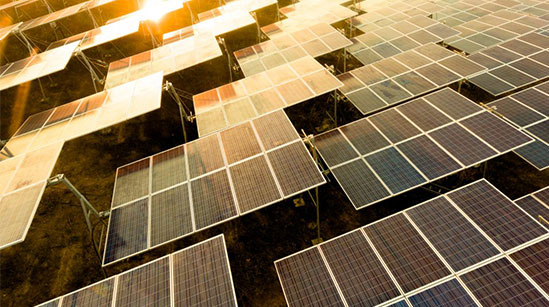 Vikram Solar has announced the commissioning of its 140 MW solar plant that it developed as an engineering, procurement, and construction (EPC) contractor for NTPC limited in Uttar Pradesh. The project, spread across 700 acres of land, is located in Bilhaur in the Kanpur districtand includes a 33/132 kV switchyard. It represents the largest solar park in the state, in terms of capacity. It is expected to generate 319 million units of electricity annually and power 145,662 households in the state. The project was completed well ahead of schedule despite facing challenges due to the pandemic. The current project is a part of the NTPC’s plans to develop 225 MW of solar projects in Uttar Pradesh.

Bilhaur was initially set to house a 1,200 MW thermal plant until 2015 when the plan was dismissed in favour of a solar park. The current project will see Vikram Solar achieving about 1 GW of solar installations as an EPC contractor in the country. In April 2020, the company won the right to develop a 300 MW solar project from NTPC Limited at an estimated price of Rs 17.5 billion. This solar plant will be spread across 1,500 acres of land in Rajasthan. Vikram Solar has also made considerable progress as a module manufacturer with the announcement of plans to launch a 3 GW manufacturing facility in Tamil Nadu in July 2020.