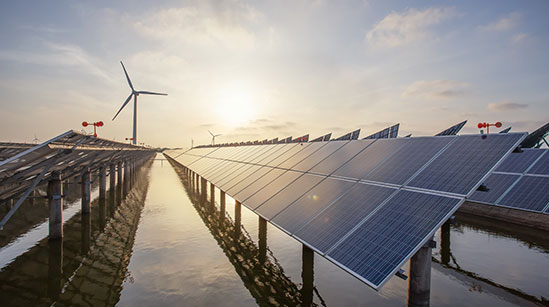 SECI has allocated 1.2 GW of wind-solar hybrid capacities among four renewable energy developers under Tranche III of the interstate transmission system (ISTS).  ABC Renewable Energy was awarded 380 MW of projects, Adani Renewable Energy Holding Eight Limited was awarded 600 MW, and AMP Energy was awarded 130 MW for Rs 2.41 per kWh. The tariff represents the lowest ever recorded for wind-solar hybrid projects. The remaining, 90 MW of capacity was allotted to ACME solar at a tariff of Rs 2.42 per kWh by the bucket-filling method. The winning bidders must set up the projects anywhere in the country on a Build Own Operate Basis.

The tender was initially floated by SECI in January 2020. The projects must include the transmission network of the Central Transmission Utility at a voltage level of 220 kV or above. Further, the winning bidders must procure ISTS connectivity and long-term access. The tender also specified that the rated installed project capacity of one of the components of the hybrid project must be 25 per cent of the capacity of the other. The project must also maintain a minimum capacity utilisation factor of 30 per cent.

Under Tranche I and II of SECI’s wind-solar hybrid tenders, 1.56 GW of energy capacity was auctioned. The first of these was held in December 2018 where the lowest tariff of 2.67 per kWh was quoted by SB Energy for developing 450 MW of wind-solar hybrid capacity. The second was held in 2019 which Adani Green Energy emerged as the winning L1 bidder with a quoted tariff of 2.69 per kWh.