In January 2016, Jabalpur, Madhya Pradesh, was announced to be one of the early beneficiaries of the smart city programme. Within four months of its selection, the city commissioned an ambitious municipal solid waste (MSW)-to-energy project. The plant went live in March 2018 and has an installed capacity of 11.5 MW, accounting for 17.2 per cent of the total installed waste-to-energy (WtE) capacity in the country. The vision of the project was to power 18,000 households and reduce at least 37,000 tonnes of the city’s carbon emissions. An estimated 4.4 hectares of land, which would otherwise have been used as landfills, could be saved by processing MSW in Jabalpur. The plant would have a positive impact on groundwater pollution as well.

The city of Jabalpur has 276,000 households spread across 79 wards and generates 743 metric tonnes of MSW per day (as of 2017). The Jabalpur Municipal Corporation is responsible for the collection, segregation and transport of household waste. The smart city has devised an innovative strategy for tracking the collection and transportation of MSW. Waste bins from each household and over 300 community bins across the city are monitored using radio frequency identification (RFID) tags. A team of sanitation workers visit door to door to collect waste on a daily basis and scan the RFID tags at each household to record that waste has been collected and ensure that no house is left behind. Further, sensors are installed in each community bin to send an alert to the municipal corporation when the bin is 90 per cent full, thus ensuring that trucks only have to collect waste when necessary. While transporting the MSW, the trucks, waste compactors and cranes are all monitored using GPS. The cost outlay for this integrated waste tracking system is estimated to be Rs 1,830 million.

The WtE plant converts MSW into electricity through the process of incineration. The grate combustion system ensures that the MSW does not have to be sorted or shredded prior to combustion. The gases released from the combustion process are used to generate steam, which, in turn, produces electricity. The pollutants released, such as flue gas, are treated prior to emission. According to a statement by Essel Infraworks Limited, the emissions from the plant comply with European standards (as of 2016).

However, there are a few challenges that the project has faced over the years. First, for the plant to generate sufficient electricity and run profitably, the municipal corporation must meet its waste-processing capacity of 800 metric tonnes per day. In June 2019, it was reported that the Jabalpur WtE plant was suffering losses as the municipal corporation was only able to collect 400 metric tonnes of waste per day. It was thus proposed that the waste of Nagpur be transported to Jabalpur to meet the gap. Given that the city’s waste generation is close to 800 metric tonnes and is growing at 3.8 per cent every year, there is still scope to meet the capacity of the plant. The second challenge pertains to the low calorific value of MSW is India. This is due to improper segregation and the lack of awareness about the ill effects of single-use plastics.

Going forward, the WtE project in Jabalpur must improve its capacity to process and collect waste. Collecting too little or too much waste can be detrimental to achieving the environmental targets. Despite a strong infrastructure for collection, driven by big data analytics, there are leakages in the system. Efforts to increase the amount of garbage collected and enhance the waste processing capacity can go far in making Jabalpur a zero-landfill city. 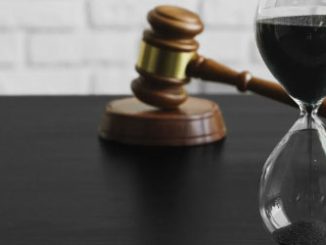 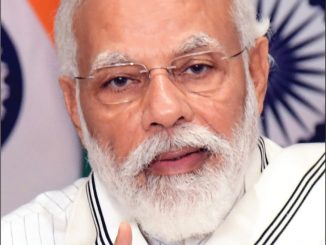