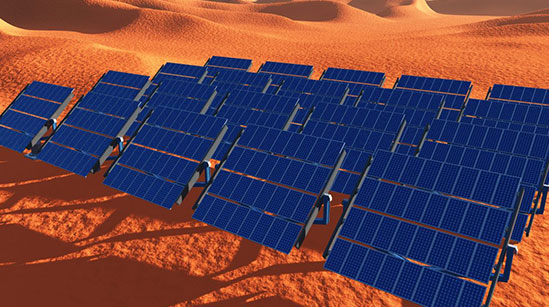 Plans to develop a 2 GW solar power plant in the deserts of the Gulf have been given the go-ahead, with the authorities in the UAE awarding the project to a multinational consortium on July 26, 2020 . The state-owned Emirates Water and Electricity Company (EWEC) has awarded the contract for the 2 GW Al Dhafra solar farm to a consortium including Abu Dhabi National Energy Company (TAQA), another local firm Masdar, French utility company EDF and China-based JinkoPower. As ratings agency Standard & Poor’s noted, EWEC is a subsidiary of ADQ, which also holds a stake in TAQA.

At a tariff of $0.0135 per kWh, Abu Dhabi Power claims it to be the world’s lowest tariff for solar. The facility will be 60 per cent-owned by TAQA and Masdar, while EDF and JinkoPower will hold the remaining 40 per cent. According to EWEC, the project will be built approximately 35 km from Abu Dhabi.

Having won the contract, the parties will now work to bring forward the project following the signing of a contract with EWEC. EWEC has stated that it aims to reach financial closure on the project in the third quarter, with partial generation set to begin in the first half of 2022. The array will be fully operational by the second half of 2022. EDF has confirmed it would use “the latest in crystalline, bifacial solar technology” when delivering the project, contributing towards high efficiency in the kind of irradiation conditions found in the Abu Dhabi desert. The $0.0135 per kWh bid is around $0.002 lower than the previous record of $0.0156 per kWh, offered by Total and Marubeni in Qatar’s 800 MW tender in late January 2020.