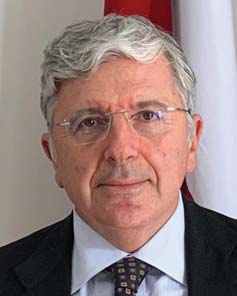 With over 70 years of bilateral relations, India and Italy have had a long history of collaboration on various issues including power. Now, with Italy producing 40 per cent of its total energy from renewables, India and Italy are collaborating in the field of clean energy. In an exclusive interview with Renewable Watch, His Excellency Vincenzo de Luca, Italian ambassador to India, talks about the relationship between the two countries, the key learnings and technology transfers, and India’s role in the global transition to low-carbon energy…

How has the India-Italy relationship evolved over the years?

I took office during a very interesting period of the Indo-Italian bilateral relations. Two Italian prime ministers have come to Delhi on official visit in recent times.  Several Italian ministers have also visited, to sign important MoUs and to take part in flagship events such as the 2018 Techcnology Summit. Prime Minister Narendra Modi is planning to visit Italy in 2020 while Italian Minister of Foreign Affairs Di Maio will lead a robust business delegation to India next autumn. The priority areas for bilateral cooperation are green, circular economy, renewable energy and clean tech, infrastructure and railways, food processing, Make in India, and the creative industry. The bilateral relations have been gaining momentum: People-to-people contact is multiplying while trade relations have been improving considerably. In 2018, the total trade exchange between India and Italy reached Euro 9.5 billion, which represents an 8.9 per cent increase compared to 2017. This positive trend slightly slowed down in 2019 when bilateral trade stood at Euro 9.1 billion (-3.6 per cent), but this is in line with global trade dynamics. Even two-way tourist flows are growing steadily. In short, the bilateral relationship is in full bloom and we are working to bring the two countries even closer.

What are the key areas for cooperation between the two countries in the energy sector? What new opportunities do you foresee in the renewable energy space?

At the bilateral level, an MoU on cooperation in the field of sustainable energy for climate change adaptation and mitigation was signed in 2017, providing inter alia for the establishment of a joint working group. The areas of collaboration identified in the agreement are: organising seminars and targeted B2B events; fostering collaboration between companies operating in the renewable energy sector; promoting dialogue between R&D laboratories; and jointly developing smart grids. At the multilateral level, Italy praises Indian leadership in the International Solar Alliance (ISA) and is ready to take part in the ISA as soon as the amendment allowing non-tropical countries to join the organisation comes into force.

At the business level, several Italian companies have already set foot in India, in both the conventional and renewable energy sectors. Among them, SAIPEM, headquartered in Chennai since the 1960s, has a manpower strength of around 1,700 people, most of them devoted to engineering design activities. Tecnimont, present in India since 1996 with about 2,000 personnel, is currently planning to participate in waste-to-bioenergy initiatives such as the production of biogas from agricultural waste and other organic residues. Specifically focused on renewables, Enel Green Power has been operating in India since 2015, when it acquired a controlling stake in BLP Energy. Today, Enel has a 172 MW operational wind capacity and is developing a 475 MW additional capacity in Gujarat. SNAM, a leading European gas utility, is currently exploring the Indian market to set up a base. Besides these big players, SMEs, which constitute the backbone of the Italian economy, are planning a foray into the Indian market.

How has Italy’s energy generation mix changed over the past few years? What is the country’s plan to meet its commitments under the Paris Agreement?

Italy has always been at the forefront in the field of clean energy. In 1883, Lorenzo Vanossi, an engineer, built the first electric generator driven by hydraulic power in Italy whilst the first power plant harnessing the power of water was constructed in 1895. Today, renewable energy covers 18.1 per cent of the gross total energy consumption in Italy (exceeding the target established at the EU level by 1.1 per cent) and around 40 per cent of the entire electricity production; in 2018, Italy ranked second in the EU and eighth worldwide in power generation from renewables. Italy fully supports the efforts of the European Commission to enshrine the 2050 climate-neutrality target into a European Climate Law. The Italian integrated National Energy and Climate Plan aims at triggering a broad economic transformation, in which decarbonisation, circular economy, and the rational and equitable use of natural resources will be the crucial tools for a sustainable future. In compliance with the Paris commitments, Italy has already met its 2020 emission reduction targets and is ready to raise the bar by setting even more ambitious targets.

What has been the progress since the last edition of the India-Italy Technology Summit?

Besides fostering a fruitful dialogue between Italian and Indian research labs and promoting B2B meetings in many strategic sectors, including renewable energy, one of the main outcomes of the India-Italy Technology Summit was the decision to establish four centres of excellence. One of them will be devoted to renewable energy, and will become an interactive cooperative research platform between the two countries.

What are the major policy- and technology-related challenges in the Indian power sector? What entry barriers do European companies face in India’s renewable energy space?

The Indian power sector presents both opportunities and challenges. On the one hand, the rise in Indian energy demand led by population growth and progressive urbanisation offers plenty of opportunities for renewable energy deployment, which is happening also because of the favourable policy framework designed by the government. On the other hand, India is facing some challenges. Transmission infrastructure, for example, is inadequate and has to adapt to the growing generation capacity. European companies are reporting a slowdown in capacity additions due to the cancellation of some bids or the renegotiation of long-term contracts. Our companies are also facing difficulties in terms of land acquisition. Another hurdle is represented by some policy mismatches between the centre-and state-level goals. Moreover, Indian discoms have recently witnessed poor financial performance, which led to payment delays and non-fulfilment of renewable purchase obligations. Finally, the levying of import duty is impacting solar procurement costs and competitiveness. All these factors have increased the risk perception of renewable energy projects in India, which remains, however, an interesting market to look at.

In your view, what are the key learnings and technology transfers that India can imbibe from Italy and vice versa?

The process of mutual learning between Italy and India is promising under several aspects. On the one hand, Italy can tap the highly skilled human resources available in India, the field of data analytics, and benefit from the execution of quality projects at a lower cost, thus improving the competitiveness of Italian products. On the other hand, India can benefit from the Italian know-how in battery energy storage solutions, network and smart grid development, digitalisation, and from the sharing of best practices in health, safety and quality. One of the most interesting top-notch technologies that Italy can bring to India is the so called “power-to-gas” solutions, allowing for the storage of energy stemming from renewable sources in the form of gas. Such an innovative methodology, pioneered by the Italian company SNAM, aims to convert the surplus electric energy into hydrogen through electrolysis. Another key area of technology transfer is electric mobility. Piaggio has recently launched an electric three-wheeler, equipped with smart swappable batteries, in India.

What role can India play in the global transition to a low-carbon future?

Involving India proactively in climate negotiations is a must, with India being the third largest carbon emitter in the world. Although per capita emissions in India are still low, the carbon dioxide generated in the subcontinent represents 7 per cent of the world’s total. This share is going to increase with the expansion of the manufacturing sector, the expected rise in coal consumption in the short term and the progressive diffusion of conditioning systems. In this scenario, engaging constructively with India, without neglecting its social and development imperatives, is pivotal. Being the CoP 26 co-organiser along with the UK, Italy is particularly keen to engage with India on climate change and environmental topics. To this end, our environment minister has visited India twice over the past six months. Our minister managed to start a very constructive dialogue and establish an amicable human connection with his Indian counterpart. We are looking forward to an active participation from India, as a responsible global player, both in the pre-CoP in Milan and in the CoP in Glasgow. We are also eager to welcome young Indian delegates to the event “Youth4CoP” planned in September 2020.