According to a United Nations (UN) report, due to global warming, around 1 million animal and plant species, including 40 per cent amphibians, about a third of marine mammals and corals, and 10 per cent of all insects, are facing the threat of extinction in the coming decades. We are already witnessing frequent and intense heatwaves, long, extreme and frequent droughts, larger and more destructive fires, record-breaking rainfall, and an unseen frequency of typhoons and hurricanes due to higher temperatures. This has led to destructive inland flooding, extreme weather patterns and widespread crop failures. Mega-storms such as Hurricane Harvey have gone from occurring once every 100 years to once every 16 years. Heat waves, like during the summer of 2018 in the UK, are now 30 times more likely to happen due to climate change. The persistence and re-emergence of malaria, which claims over 400,000 lives each year, is also linked to global warming, besides several other ailments such as cerebral-spinal meningitis, malignant skin conditions, asthma, allergies and infectious diseases.

If emissions continue unabated, nearly 40 per cent of the world’s population that lives within 100 km from the shoreline is at the risk of flooding due to the rise in sea level. Moreover, wheat, which is the source of 20 per cent of all calories consumed by humans, could be in severe shortage as 60 per cent of wheat-growing areas are expected to be afflicted by severe and prolonged droughts.

The UN asserts that global warming needs to be limited to 1.5 °Celsius in order to reduce the adverse effects of climate change. However, we are far from achieving this target set out in the Paris Agreement. In 2018, energy consumption grew by 2.3 per cent worldwide, nearly twice the average growth rate in 2010. The weather conditions were responsible for almost a fifth of the surge in global energy demand, with average winter and summer temperatures in some regions exceeding historical records.

Thus, increasing the share of renewable energy in the overall energy mix is the need of the hour. The energy sector presents an opportunity to transition to non-carbon based renewable energy sources, which have emerged as cheapest forms of energy today. The coal-fired power generation segment continues to be the single largest emitter, accounting for 30 per cent of all energy-related CO2 emissions. A coal-fired power plant generates 910-950 gram of CO2 for every unit of electricity it generates. In comparison, the CO2 generated from a solar power installation is 54–60 gram, and that from a wind farm is only around 12 gram. Using the 3D model of renewable energy, emission and renewable energy targets can be achieved.

Decarbonisation: Simply put, if we decarbonise the economy, we will be able to keep emissions under control and arrest global warming.

Digitalisation: Technologies such as the internet of things, artificial intelligence and blockchain can help transform the power sector by managing assets and huge data sets, analysing them, improving energy forecast, and maintaining grid stability.

Viability of hybridisation and energy storage

By 2030, India has a target of increasing its renewable energy share to more than 55 per cent. The country’s demand for energy is set to double by 2040 and its electricity demand may triple, according to an International Energy Agency report. Electricity continues to dominate as the “fuel of the future”, with global electricity demand growing by 4 per cent as of 2018.

The demand for electricity can be met through renewable energy installations. Intermittency and unpredictability are known limitations of renewable energy, and hybridisation addresses just that. The existing solar installations can be integrated with wind to make them more capacity-efficient and likewise, a wind farm can accommodate solar installations on the same land parcel. The clean power that is generated but not utilised can be stored in BESS and used whenever needed. This system takes into account flexible load as well as flexible source while tackling voltage regulation limitations. Hence, once the hybrid set-up is connected to a BESS, it becomes a truly robust and viable hybrid model. 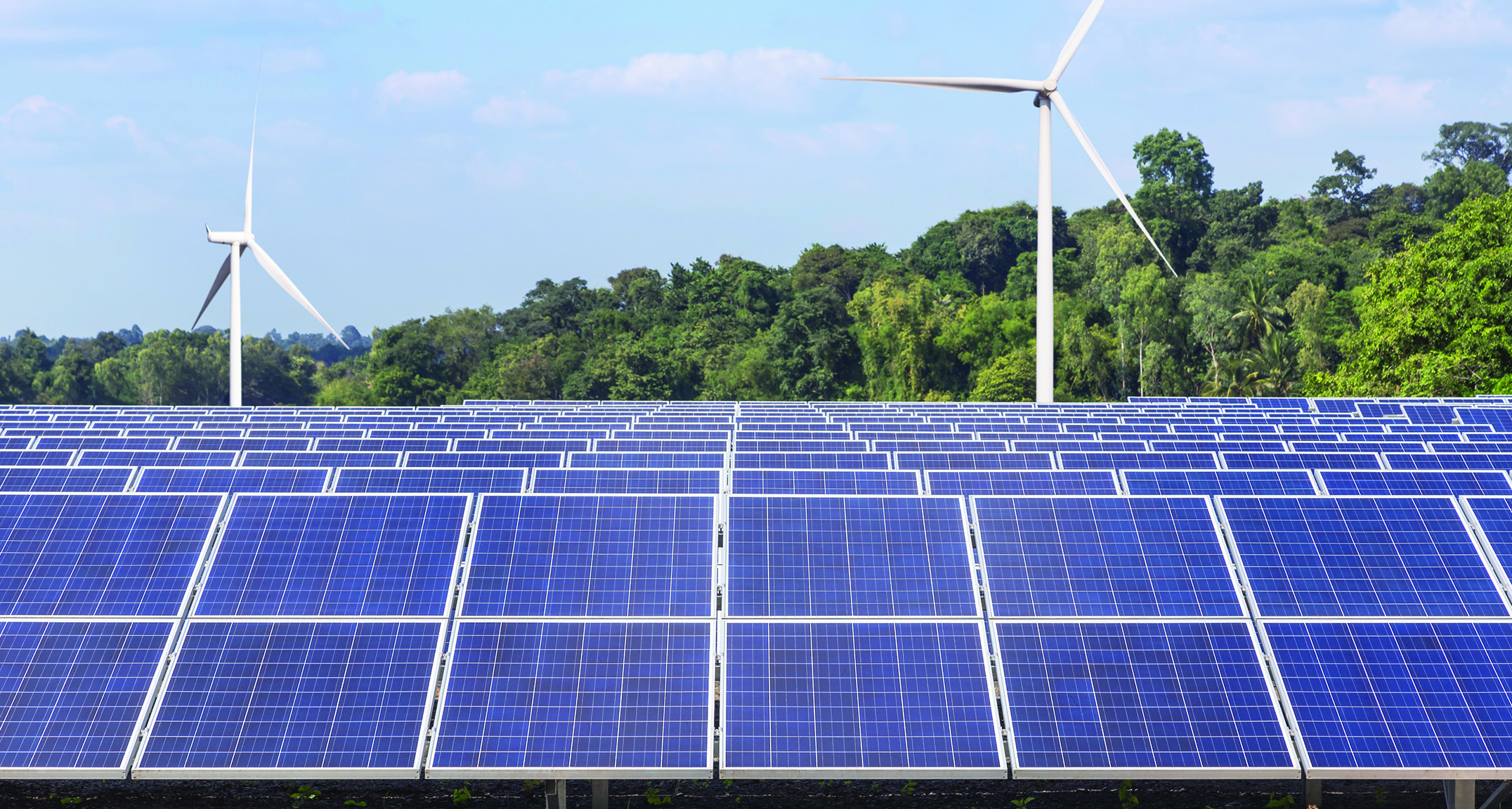 The Solar Energy Corporation of India has awarded around 1.44 GW of wind-solar hybrid projects. In addition, it has issued a tender to install 160 MW of wind-solar battery hybrid projects in Ramagiri, Andhra Pradesh. The hybrid concept is being considered by other countries as well. For instance, most of the tenders in Australia are for renewable energy hybrids. These projects are configured in a way that battery energy storage is not provided at the outset, but it can be added once the viability is established. The provisions for BESS are made right at the beginning.

Another inspiration in this field is Nigeria. One of the most populous nations in Africa with 203 million people, Nigeria has been building and expanding institutional infrastructure to spur innovation and advancement, and create better quality of trained resource pool to support the country’s economic growth. These facilities are being supported by hybrid power plants to meet energy requirements in the absence of reliable centralised power supply. These include captive solar integrated with energy storage, with diesel generation as back-up. The government’s plan is to provide uninterrupted power to 37 universities and seven teaching hospitals in three phases. Africa’s largest BESS installation with 37 MWh of storage is spread across three sites. The single-largest installation of 24 MWh is a part of Phase I. The power from these sites will be utilised by more than 120,000 students and 28,000 staff members, thereby reducing the carbon footprint by 137,170 metric tonnes. Besides, it will light up 29 km of streets at night.

The electricity for all target set out by Nigeria, Indian and other emerging countries can be achieved through hybrid renewable energy set-ups integrated with BESS. There could hardly be a better option to mitigate the huge climate risk looming over us. Thinking “hybrid” is the most viable way forward.