Interest in building-integrated photovoltaics (BIPV), wherein PV modules are utilised as the roof, facade, walls, windows and sunshades of buildings, is growing worldwide. This is partly because of the emphasis on sustainable green buildings and partly because of the savings it could offer in construction material and electricity costs. Globally, a lot of work is under way currently for the development of software tools that allow interaction among architects, technical designers and PV module manufacturers. Significant research is also being carried out to make BIPV more aesthetically acceptable for households.

However, there are still many hurdles that stakeholders need to overcome to make this a reality. In fact, in India, the uptake of BIPV has been dismal despite its savings potential for both households and architects. So far, only a handful of demonstration projects have been set up.

BIPVs are difficult to design and connect to buildings. They often become unfeasible when there is no possible way to connect them with the electricity grid. Sometimes the solution for the connection is so expensive that it does not make commercial sense to install a BIPV system in the first place.

The design and integration of the electrical components of BIPVs is another key issue. The placement of the junction box is the biggest challenge. The easiest way to mount the junction box is to glue it on the PV module. But this solution is not acceptable because of its visual appearance. Aesthetics are another key issue, which is being resolved by doing digital printing on solar modules.

Digital printing on solar modules is an innovative solution to improve the aesthetics of BIPVs, but it leads to efficiency losses. Therefore, many architects have experimented with a thinner layer of paint, which looks more appealing and at the same time,does not lead to major power loss. 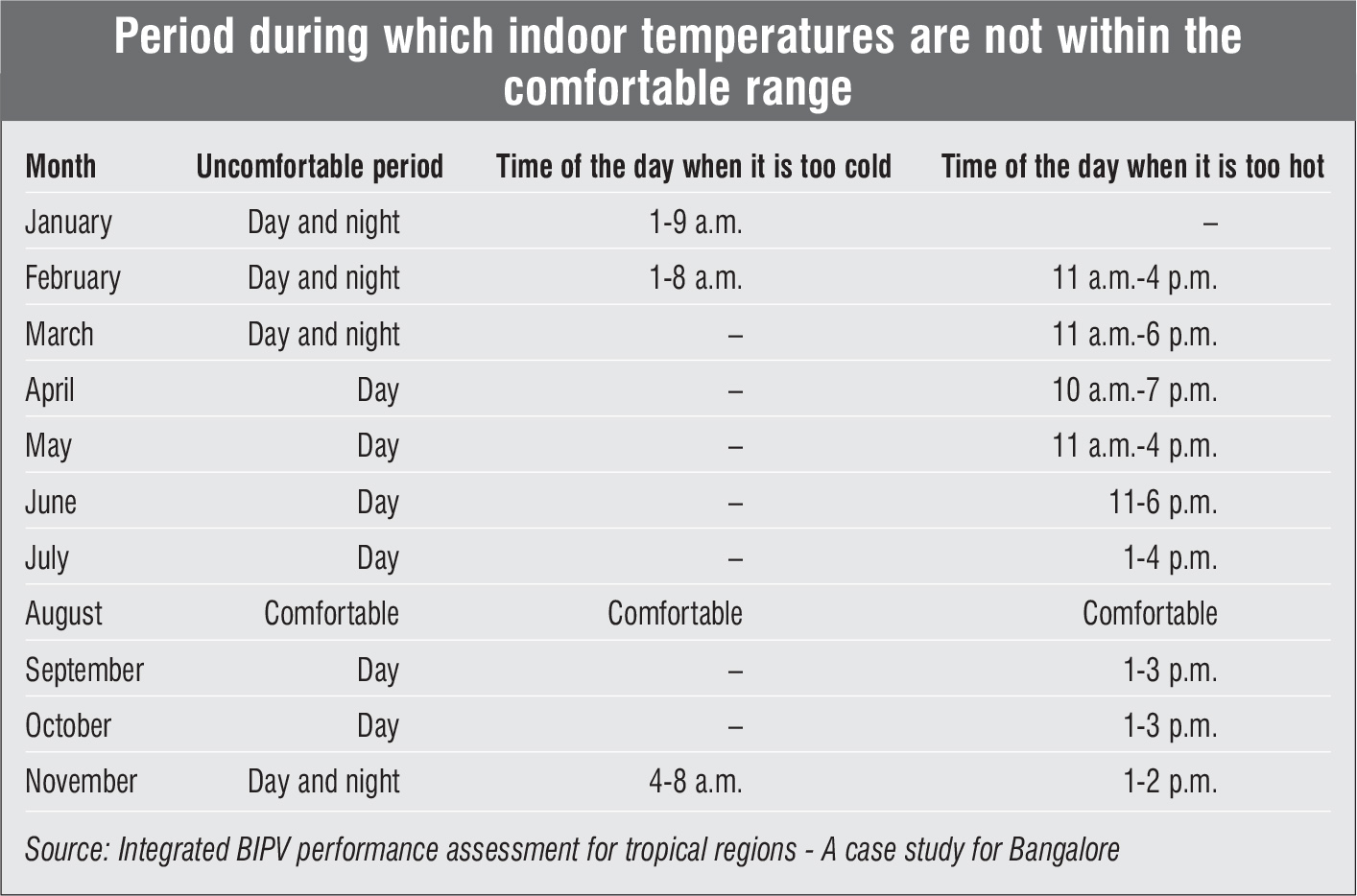 A small 5.25 kWp BIPV system has been installed at a lab at the Indian Institute of Science (IISc) in Bengaluru. The power generated from the system is supplied to the grid.

Specifications: The lab, with an area of 14 square feet, is located on the second floor of an existing load-bearing structure. The south wall is not exposed to the sun. There are four windows in the experimental lab. A PV roof with a 15 degree slope has been set up for maximum solar irradiance. Thirty-five monocrystalline silicon PV modules of 150 W capacity are being used. A 0.2 metre air cavity below the PV panel allows the extraction of warm air.

Objective: The BIPV system has been set up for research purposes.

Challenges: The BIPV system has often had electrical and thermal issues. The cell temperature increases substantially, resulting in power losses. Moreover, the BIPV system transmits a lot of heat to the interiors and raises the issue of “thermal comfort” (comfortable temperature) for the occupants.

Research and methodology: An analysis was carried out by Gayathri Aaditya, Rohitkumar Pillai and Monto Mani at IISc. The internal temperatures and humidity were measured using Suppco data loggers, which collect data at an interval of five minutes. The meteorological parameters were monitored through a weather station installed on the BIPV lab. The data was collected for the entire year and analysed to understand whether the temperatures inside were within the comfortable range (as per standards, for areas similar to Bengaluru, thermal comfort is obtained if the temperature is between 21 °C and 29 °C). The internal temperatures were compared with ASHRAE-specified comfort range values. The study concluded that the temperature calculated at the BIPV lab was not in the comfort zone for 11 months.

Discussion points: The various modes of heat transfer on a human being in the BIPV structure are shown in the accompanying figure. After analysing the temperature data, the following observations have been made. 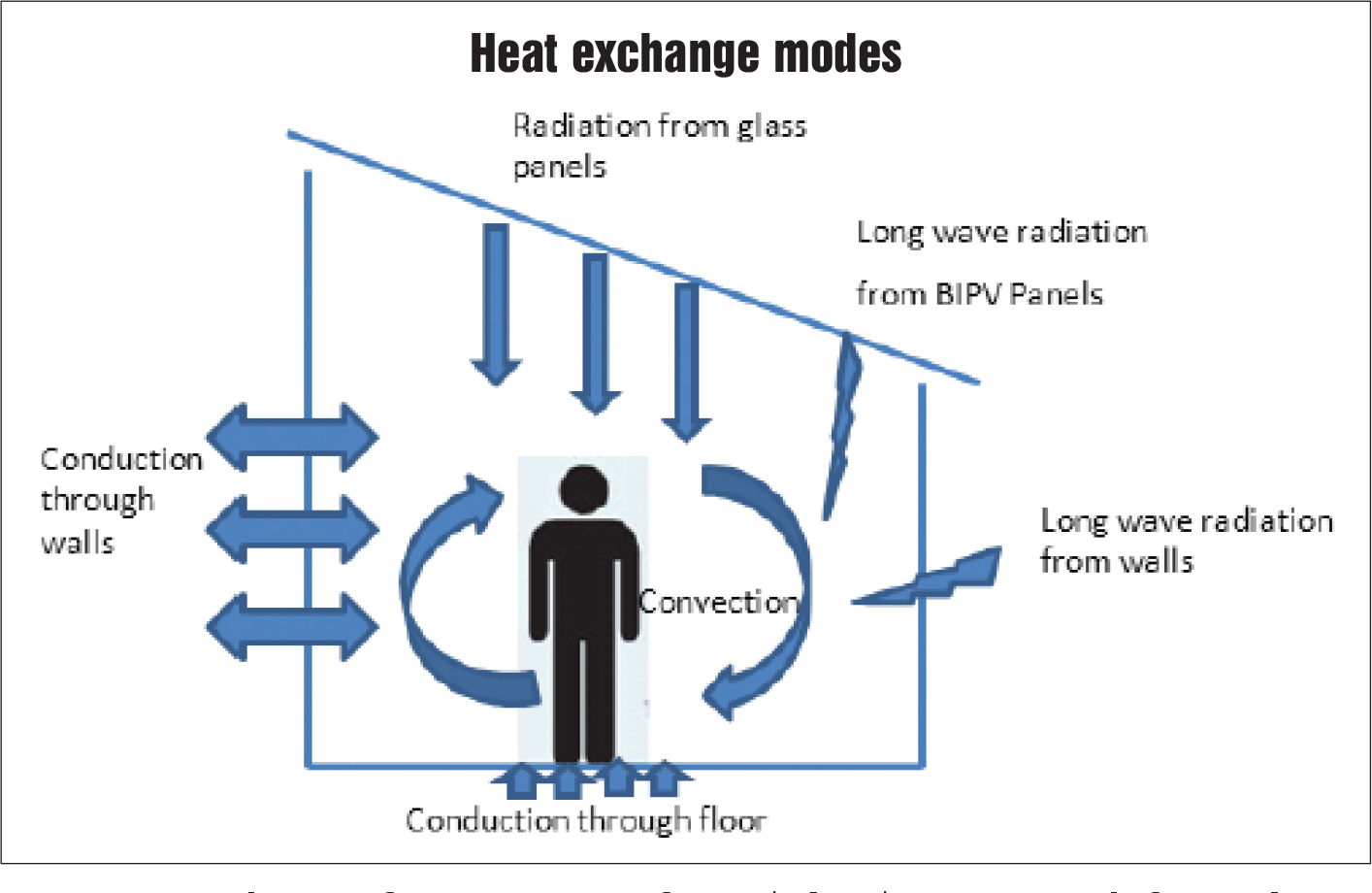 BIPV is a complex but innovative emerging technology that will help buildings become more sustainable. Globally, various buildings have integrated BIPV systems and ongoing research revolves around making such systems more visually appealing. In India, the uptake of BIPV has been slow. And the research that is being carried out is more focused on the issue of thermal discomfort for the occupants of the building. In India, several BIPV products are available in the market. But the availability of these products alone will not help. It is necessary that research and development continues for increasing cell efficiency and reducing production costs. Also, similar to the rooftop solar segment, the growth of the BIPV segment depends on favourable and consistent net metering regulations. Until that happens, BIPV will remain a futuristic proposition for the Indian market. 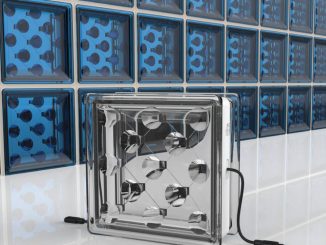 September 2017
A growing focus on energy efficiency has put pressure on researchers and market players to incorporate energy-efficient technology into the existing a...
More 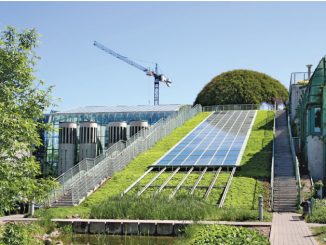