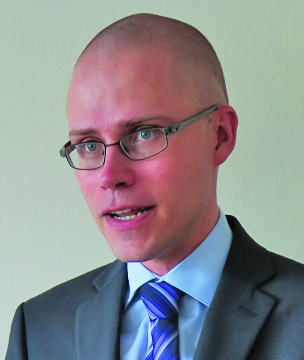 Johannes Urpelainen is the Prince Sultan bin Abdulaziz Professor of Energy, Resources and Environment, at Johns Hopkins School of Advanced International Studies and founding director of the Initiative for Sustainable Energy Policy. He has co-authored four books and written over a hundred articles on environmental politics, energy policy, and global governance. His books include Renewables: The Politics of a Global Energy Transition (published by the MIT Press) and Activism and the Fossil Fuel Industry. In an exclusive interview with Renewable Watch, Professor Urpelainen shared his perspective on universal energy access, energy transition across the world and the impact of US President Donald Trump’s decision to withdraw from the Paris Agreement. He also talked about the key issues plaguing the power sector in India. Excerpts from the interview…

How far is the planet from universal energy access? What can be the role of renewable energy in achieving it?

There are still almost 1 billion people without electricity. Most of these people are in sub-Saharan Africa. There, low population density and low power demand provide decentralised renewables an advantage over grid connections in rural areas. I expect solar power, in particular, to play a major role in rural electrification in the next two decades. Technologies such as solar home systems and micro grids can play a major role in providing at least basic energy access to hundreds of millions of people in sub-Saharan Africa.

What are the key trends in energy transition in the US and across the world?

The key trends in energy transition are simple to summarise. We are doing very well in terms of expanding the use of renewable sources in power generation, but this growth has not yet resulted in decreased use of fossil fuels. The demand for oil and gas continues to grow and, therefore, we face great difficulties in reducing greenhouse gas emissions. Coal demand is plateauing and will most likely decline, but other fossil fuels remain a major challenge.

Has it been easy for countries to give up their dependence on coal? What can be done to assist the transition from conventional energy to renewable energy?

Giving up coal is very challenging. The only examples of a rapid decrease are in the US and Great Britain. In both the countries, natural gas and renewables have reduced the need for coal. Meanwhile, in countries such as China and India, reducing the demand for coal is a major challenge because the alternatives are expensive (natural gas) or intermittent (wind and solar power).

What is your opinion on the US President Donald Trump’s decision to pull out of the Paris climate agreement? How is this going to impact the energy geopolitics?

We have done extensive research on Donald Trump’s climate policies and his government’s decision to back out of the Paris Agreement. His decision will have little, if any, impact on emissions reduction, but without the US the industrialised countries will face major difficulties in meeting their climate finance promises to poorer countries. This could be a major stumbling block in negotiations, as poorer countries would not agree to emission cuts without the climate finance that wealthier countries promised.

To me, the key is to raise awareness and encourage people to vote for candidates that are committed to climate policy. That is far more important than individual behaviour. Systemic change requires legislation and regulation, and those actions depend on political participation by environmentally aware citizens.

What are the key policy issues in the energy sector in India? What kinds of reforms are needed to solve them?

The fundamental problem in India is distribution of electricity. Distribution companies are struggling with profitability and technical performance challenges. Hence, reforms should focus on rationalising electricity pricing, improving billing and collection, and, at the institutional level, reducing political interference by state governments. A particularly important reform is to increase electricity prices for agriculture, both to reduce financial losses and to stop groundwater depletion due to excessive pumping for irrigation.