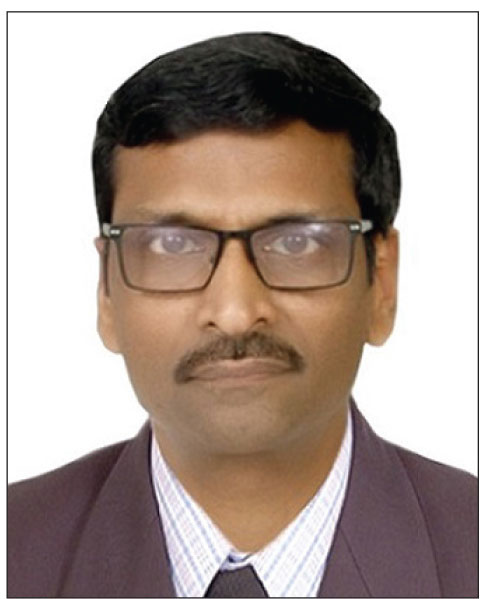 Power System Operation Corporation Limited (POSOCO) continues to play a crucial role in maintaining grid reliability and safety in the fast changing power landscape. In recent years, it has undertaken several measures such as fast response ancillary services (FRAS) for hydro stations, and implementation of reserves regulation ancillary services (RRAS) to support the changing grid conditions. In addition, key initiatives for improving grid resilience have been lined up for the future. K.V.S. Baba, chairman and managing director, POSOCO, shares his perspective on the challenges in renewables’ integration, the relevance of energy storage and POSOCO’s key achievements and focus areas…

How did the grid perform in the past year?

The diversification of India’s generation mix continues to change the dynamics of the power system. The total installed capacity of power stations stood at around 360 GW as of July 2019. The target for generation from conventional sources for 2019-20 has been fixed at 1,330 BUs; this would mark a growth of 6.5 per cent over the generation of 1,249 BUs in 2018-19. Conventional power generation during 2018-19 was 1,249 BUs as compared to 1,206 BUs during 2017-18, representing a growth of 3.5 per cent. In 2018-19, an aggregate capacity of 8.5 GW of renewables was added. Renewable energy generation witnessed a 25 per cent growth, increasing from 102 BUs during 2017-18 to 127 BUs during 2018-19. Wind and solar generation contributed close to 8 per cent of the annual electrical energy consumption during 2018-19. The instantaneous MW generation levels reached around 20 per cent on an all-India basis, going up to 50 per cent for the southern region and up to 90 per cent for states such as Karnataka.

As per “Greening the Grid”, a report released by the Ministry of Power and USAID in 2017, the generation despatch simulated for the 100 GW solar-60 GW wind scenario in 2022 showed that the maximum renewable energy penetration would reach around 54 per cent of the load on an all-India basis. Wind and solar energy penetration is expected to go up to 35 per cent by 2029-30, with 80 per cent instantaneous penetration, as per the Central Electricity Authority’s draft report, “Optimal Generation Capacity Mix” for 2029-30. During 2018-19, POSOCO responded to challenges in meeting the 182 GW demand with a focus on grid reliability and planning. We have been in the power sector for many years and are entering 2019-20 with the same confidence to challenge conventional thinking and practices, and remain a step ahead.

What are the key challenges in integrating renewable energy into the grid? What is the way forward for addressing grid reliability issues?

The large-scale penetration of renewable energy and other distributed sources increases uncertainty and volatility in grid operations. Operational challenges include fast ramping, variability, potential grid instabilities resulting from the loss of inertia, load stagnation/oversupply, inadequate communication interfaces and operator training. Reinforcement and expansion of the grid are needed to deal with the rise in power consumption and the integration of distributed energy sources. Several actions such as bringing flexibility in conventional generation, frequency control, maintaining generation reserves, introducing ancillary services, forecasting, scheduling, the deviation settlement mechanism (DSM), the balancing mechanism, robust data telemetry and communication systems, the establishment of renewable energy management centres, transmission system strengthening, and compliance with grid regulations and standards by renewable energy generators will be pivotal for the power sector over the next few years.

How has been the experience in ancillary services operations? What are the next steps?

The implementation of ancillary services was carried out in April 2016 through a regulated mechanism. With the help of in-house developed customised software solutions, RRAS has addressed congestion management issues and optimisation at the regional and pan-Indian levels, thereby facilitating the integration of renewables. Ancillary services have proved to be a valuable mechanism for grid managers to maintain the system parameters, especially during extreme weather conditions, generating unit outages, transmission line trippings and high demand situations. However, there are several challenges such as “gate closure” in the scheduling process, maintaining the quantum of reserves, better load and renewable generation forecasting, metrics for performance monitoring, and review of charges payable for RRAS. With the increase in complexities, more options/ products are required under ancillary services for smooth grid operation. It is expected that the challenge of ramping constraints would be addressed by the incentivisation of ramping performance from April 2020 onwards. Steps are being taken to expand the ambit of ancillary services such as fast tertiary control through hydro, secondary frequency control, voltage control and black-start service. After gaining experience from the current regulated version of ancillary services, a market-based model for these services may be considered in the future.

What are the key learnings from the pilot project for the implementation of hydro for FRAS?

In a large grid like that of India, the flexibility rendered by hydro generators in terms of overload capability, fast ramping and peaking support has immense value for reliable, secure and economic grid operation. As renewable energy penetration increases, hydro is going to play an increasingly important role in the future electricity market. A total of 20 hydro generating stations with pondage/storage facility having a total of around 8 GW of generation capacity participated in the FRAS pilot project. In the period November 2018-May 2019, around 538 FRAS Up, 6,788 FRAS Down instructions were issued. A total of 9 MUs and 43 MUs were despatched in the FRAS Regulation – Up and Down respectively. The maximum power despatched in a five-minute time block was around 600 MW and 1,200 MW in the FRAS Regulation – Up and Down respectively. The key learnings include the introduction of fast tertiary response, layer of centralised fast response ancillary despatch (from the regional to the national level) over the decentralised layer of the scheduling process, first-time five-minute scheduling, despatch, accounting and settlement, customised FRAS software solution developed in-house, the optimisation of hydro generation, improved handling of frequency spikes, benefits to stakeholders – hydro generators and state utilities –  and low cost of implementation.

What is your view on the relevance of energy storage technology in the Indian context?

It is felt that there is a need to harness the full potential of grid-scale storage technologies (for example, pumped storage hydropower) as well as promote other forms of energy storage technologies that are at various stages of development and deployment. The Indian grid has a large footprint and hence, a huge capability to tap the energy storage potential. The latent potential of flexibility from state hydro resources can be realised with suitable means to incentivise performance. Large-scale storage potential is a function of on-peak energy prices seen in the energy market, the amount of renewable energy expected to be online to meet the renewable mandates and the total system costs. Additionally, the amount of wholesale storage penetration is a function of load profile (which leads to peak versus off-peak arbitrage opportunities), the level of demand-side management options (which influences the system peak demand characteristics) and the amount and nature of conventional generation capacity available.

What will be POSOCO’s main focus areas in the near future?

One of the key priorities of POSOCO is to implement a framework for reserves along with both primary and secondary frequency controls. Our focus on secure, economical and sustainable grid operations remains unchanged. Load and generation forecasting is another thrust area to manage uncertainties on account of load and renewable variations. POSOCO is focused on improving grid resilience and equipping systems with self-healing capabilities that help them adapt to natural calamities.

With the increasing penetration of renewables, the use of dynamic models, simulation, field testing and validation of models become very important to assess the reliability of the grid. Suitable provisions have to be incorporated in the grid code to ensure compliance. The availability of SCADA/ EMS systems is being maintained above 99.9 per cent to provide interruption-free real-time data to grid operators. A back-up control centre has also been established as a disaster recovery system to take over the system operation function in case of any contingency in the main control centre. With a vibrant electricity market and the continuous pursuit of distribution utilities to scout for cheaper sources of electricity, the pressure on the transmission network is inevitable. In the planning horizon, several transmission lines have been envisaged to mitigate this congestion. POSOCO, through its operational feedback and discussion, has persuaded several transmission utilities to fast-track certain projects so that the congestion is mitigated quickly. This process has been very successful and has helped in slowly reducing congestion in the past three years.

There is a lot of scope for improvement in areas like interface meter adequacy, sacrosanct schedules, five-minute scheduling and settlement, real-time generation despatching, double-entry energy accounting system, DSM based on the “causer pays” principle, and communication and data telemetry. POSOCO is working closely with the SLDCs through technical cooperation, knowledge sharing, regular interaction and active collaboration on various fora such as the Forum of Load Despatchers. There is a need for institutional building and strengthening of LDCs at all levels and to this end, suitable frameworks for LDCs need to be evolved for attracting and retaining talent.