Renewable energy in India has been one of the major success stories of the current decade, having witnessed a surge in capacity additions over the past few years, driven by a policy push and falling prices. Attracted by the large market potential, several global renewable energy IPPs and big investment firms had either set up their own renewable energy platforms or put in funds into domestic developers. A large number of start-ups also emerged in the space, making significant progress in the early years.

However, the sector has, of late, entered a period of turmoil. Project development has slowed down due to a variety of reasons. With record low solar and wind power tariffs, banks are wary of lending to developers owing to concerns about project viability in a low-tariff regime. The State Bank of India has reportedly decided to not extend loans to projects that have a sub-Rs 3 per kWh tariff, which is higher than the tariffs discovered in the past few auctions. A recent report by India Ratings downgraded the outlook for India’s solar power segment from positive to stable. It stated that there were 25 per cent more downgrades than upgrades of renewable projects in its ratings portfolio during January-August 2019. There are also other problems such as payment delays by discoms ranging from two months to 15 months, and non-allocation of land to wind power projects, as well as transmission- and connectivity-related challenges.

In this situation, small companies’ difficulty in raising cash is keeping them away from participating in project auctions, restricting their growth and crippling their ability to refinance loans. A number of mid-sized companies and large business groups are also planning a way out, worried by the stiff competition, weak bond markets, low tariffs and high debt prevailing in the sector. In a noteworthy development, one of the leading renewable energy players, ReNew Power, which until recently was a major acquirer of renewable assets in India, has put 300 MW of solar assets on sale as it tries to cope with a cash flow crunch.

While on the one hand, there is a decline in interest from some developers and long-term investors, on the other, there are a number of strategic and financial investors that are looking for yield-generating assets, adding to the consolidation in the Indian renewable energy sector. At current valuations, renewable energy companies are beginning to look like attractive takeover targets.

Among the stressed players in the renewable energy sector, a major company is wind OEM, Suzlon Energy. The heavily leveraged company recently defaulted on a $172 million bond repayment and is struggling to find takers for its debt restructuring and stake offloading plans. Vestas, which has never publicly confirmed its interest in acquiring a majority stake in Suzlon, was reportedly the only entity left to participate in the debt resolution plan by the Indian group following the earlier departure of Canadian investor Brookfield, which was also reportedly considering buying into Suzlon at one stage. Vestas too has since withdrawn from the fray. The Suzlon Group has cited a series of reasons for its financial distress in the Indian market, including challenges relating to land acquisition, delays in wind auctions and PPA approvals. Another large business house, the Essel Group, is struggling to avoid loan defaults and has decided to sell its remaining solar energy portfolio to the Adani Group. In August 2019, Essel Infraprojects, a wholly owned subsidiary of the Essel Group, sold its operating solar portfolio of 205 MW to Adani Green Energy at an enterprise value of Rs 13 billion. Prior to the sale, the Essel Group had a consolidated solar power portfolio of 685 MW, which it had won under the National Solar Mission and in state government auctions. The average PPA tariff for the assets is Rs 5.50 per kWh, which is fairly high by current standards of below Rs 3 per kWh. Now, the remaining 480 MW in its solar portfolio is on the block as well, despite most of it still being under construction.

Among other strategic investors looking to exit the Indian renewable energy space is Engie. The company has a renewable energy portfolio of 1.5 GW in India, including an installed capacity of 810 MW solar and 280 MW wind. Rothschild & Co. is running a sale mandate for Engie. According to media sources, Global Infrastructure Partners (GIP) and the Edelweiss Infrastructure Yield Plus Fund are competing to acquire Engie’s solar energy portfolio in India for around $400 million. Both have submitted firm offers and a final decision is awaited. Actis, another global investor in the race, had backed out recently.

Fotowatio Renewable Ventures (FRV), owned by Abdul Latif Jameel Energy and Environmental Services, is also seeking a buyer for its Indian solar business. The company has reportedly been in talks with Hero Future Energies among other potential investors for the sale. FRV has a 135 MW solar power project in Andhra Pradesh. The project was awarded to it in a reverse auction held by the Solar Energy Corporation of India (SECI) at a tariff of Rs 4.43 per unit.

Mahindra Susten, the renewable business arm of the Mahindra Group, is also in the process of selling 160 MW of solar assets and has reportedly received interest from two potential buyers, CLP India and the Piramal Group.

A big investor looking to exit a key renewable energy investment is Morgan Stanley Infrastructure Partners. In 2012, the company, which manages more than $4 billion in assets globally, had invested $212 million in India-focused Continuum Wind, founded by Arvind Bansal and Vikash Saraf in 2009. Morgan Stanley currently has a majority stake in Continuum Wind. The latter has more than 700 MW of operational wind assets, making it one of the largest portfolios up for sale currently. The size of the assets makes it very attractive for strategic investors looking to expand their portfolios in India. Norway’s state utility, Statkraft, has emerged on top in the race for Continuum Wind Energy’s assets.

In June 2019, US solar panel maker First Solar was exploring a potential sale of around 45 MW of its solar power assets in India. This will be the second solar asset sale by First Solar in India. In 2017, it sold 190 MW of solar power assets to IDFC Alternatives. The asset sale comprised seven projects located in Andhra Pradesh and Telangana. However, First Solar’s reason for putting up its assets for sale is not the distress in the sector. According to a company spokesperson, First Solar’s primary business and focus area is making solar panels. They build these assets with the aim of eventually monetising them when there is an opportunity, given that the strategy is to not hold on to assets for long periods of time.

In 2018-19, the Greenko Group, one of India’s leading renewable energy companies, had bought Orange Renewable from Singapore’s AT Capital Group at an enterprise value of about $1 billion, and another 385 MW of renewable assets from Skeiron Renewable Energy.

However, as is said, one person’s loss is another’s gain. With so many players opting out, an opportunity has been created for other strategic players and funds to make inroads into the Indian renewable energy sector or increase their presence in this space.

CLP India, which is backed by Canada’s second largest pension fund, Caisse de dépôt et placement du Québec (CDPQ), has emerged as one of the major buyers of infrastructure assets in recent times. Its current portfolio includes over 3,000 MW of renewable and conventional energy capacity. CLP India has 16 wind energy projects and three solar energy projects across seven states. The company also owns a coal-fired power plant in Haryana and a gas-based combined cycle power plant in Gujarat. In June 2019, CLP India was engaged in talks to acquire Continuum Wind Energy. Continuum has more than 700 MW of operational wind assets and a pipeline of almost 1,700 MW of projects, making it one of the largest portfolios on sale in recent times.

Global investment fund GIP entered India last year through the acquisition of the infrastructure asset management business from the multi-asset manager, IDFC Alternatives. It consists of two funds – the India Infrastructure Fund I and India Infrastructure Fund II — which invested about $1.4 billion across the power, roads and renewable energy sectors. GIP also plans to launch its new India-focused fund by early next year. GIP is also in the process of signing an agreement with RattanIndia Power Limited (formerly Indiabulls Power) to buy the latter’s solar portfolio at an enterprise value of about $300 million.

In yet another development, the Piramal Group tied up with the Canada Pension Plan Investment Board (CPPIB) in May 2019 to co-sponsor India’s first renewable energy-focused infrastructure investment trust (InvIT). The proposed InvIT will have an initial targeted corpus of $600 million, with an option to scale up further. CPPIB and Piramal will initially allocate $360 million and $90 million respectively to the corpus. The InvIT plans to acquire up to 2 GW of stable and long-term cash-generating renewable assets.

A close look at the latest consolidation trends indicates that the companies that have made acquisitions are either those that do not have the expertise to develop projects organically or that have been cautious about directly participating in auctions. In other words, they are mostly investors looking for yield or companies that are looking to achieve a larger portfolio in order to enhance their valuation. Meanwhile, the exits, as many analysts point out, have been driven by the slowdown in the renewable energy sector. 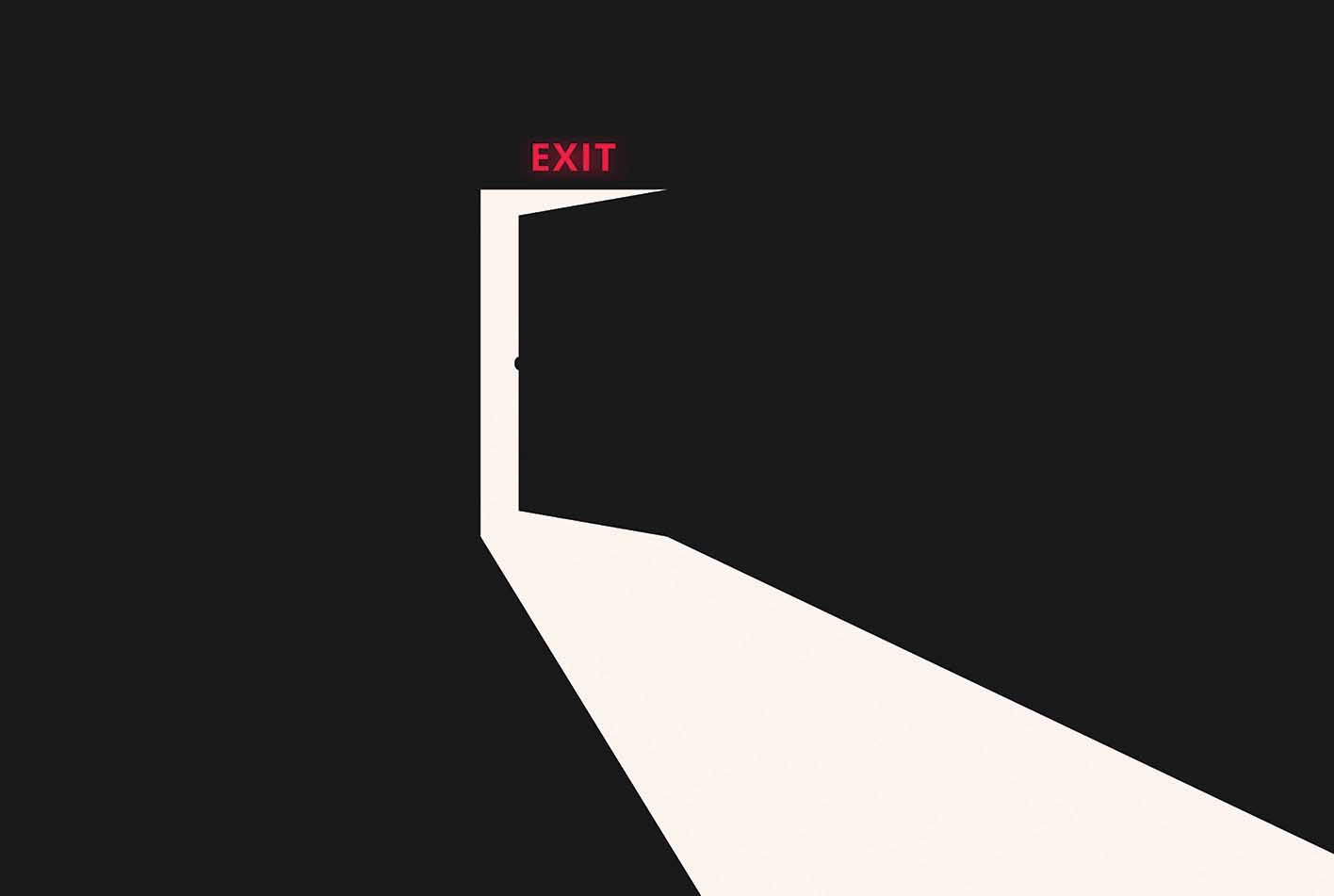 Is the sector on track?

On its part, the ministry has worked to resolve various issues that have arisen from time to time, putting in place facilitative and ease of doing business policies and programmes for achieving the goal. But it cannot be denied that the journey to expand the share of renewables in the energy mix has not been without challenges. A number of these issues continue to plague sector growth.

The transition from feed-in tariffs to auctions has disrupted the industry. After two and a half years, the new system has brought down tariffs to rock bottom levels, but that has failed to bring substantial capacity on the grid. Sales, project development and production cycles have become serialised, costs have increased, and the industry is fighting for its survival.

When the Andhra Pradesh government announced its intention to revisit already signed PPAs, the ministry clarified that no PPA could be revisited unless there was a clause in the agreement to do so or a case of malafide corruption is proved beyond doubt. However, concerns about the sanctity of PPAs are still being articulated by various global investors with states such as Uttar Pradesh going the Andhra Pradesh way by curtailing the purchase of green energy from projects for which the state government believed the tariffs were on the higher side.

Besides, tariffs are capped irrespective of counterparty risks, and execution and operational challenges. Developers may be happy to settle for low tariffs with, say, a state government with strong finances, but may demand higher tariffs in cases where counterparty risks are more likely to surface. However, the tariff caps rule out this option for developers, leading to subdued participation in various tenders.

Further, as investments in renewable energy increased, transmission constraints surfaced, leading to a bottleneck for developers. The fragile financial health of the state electricity utilities began to hurt as well, when they started delaying payments.

All of this takes away from the promise of low tariffs and high volumes that the auction-based system held. Project costs in India are the lowest in the Asia-Pacific region, helping developers to offset high financing costs. But erratic payments, transmission constraints and other factors are diluting the advantage of Indian renewable energy producers and making investors wary, as seen in the under-subscription to recent capacity addition tenders.

The central government has moved to resolve the concerns, advising states against renegotiating PPAs and issuing guidelines for payment security mechanisms. But a lot more needs to be done. Above all, the state governments need to align with the centre’s renewable energy objectives, which is crucial for resolving the execution and operational challenges.