In recent months, a number of renewable-based captive power plants (CPPs) have come up across industries and corporates. In January 2019, Suzlon Energy commissioned an 8.4 MW wind CPP for Hindustan Aeronautics Limited in Bagalkot, Karnataka. In February 2019, a 3.35 MW rooftop solar plant was commissioned at Kempegowda International Airport in Bengaluru to cater to the airport’s growing energy requirements. This is the latest solar CPP to be installed at an airport, following the likes of New Delhi, Kochi, Hyderabad and Chandigarh airports. In fact, the Kochi International Airport is the first fully solar-powered airport in the world.

Other bulk consumers that are scaling up their renewable-based captive capacity include PSUs like Indian Railways and Indian Oil Corporation Limited, private corporates Amazon and Infosys, heavy industries and educational i  nstitutions. These CPPs allow commercial and industrial (C&I) consumers to meet their energy demand at economical prices. 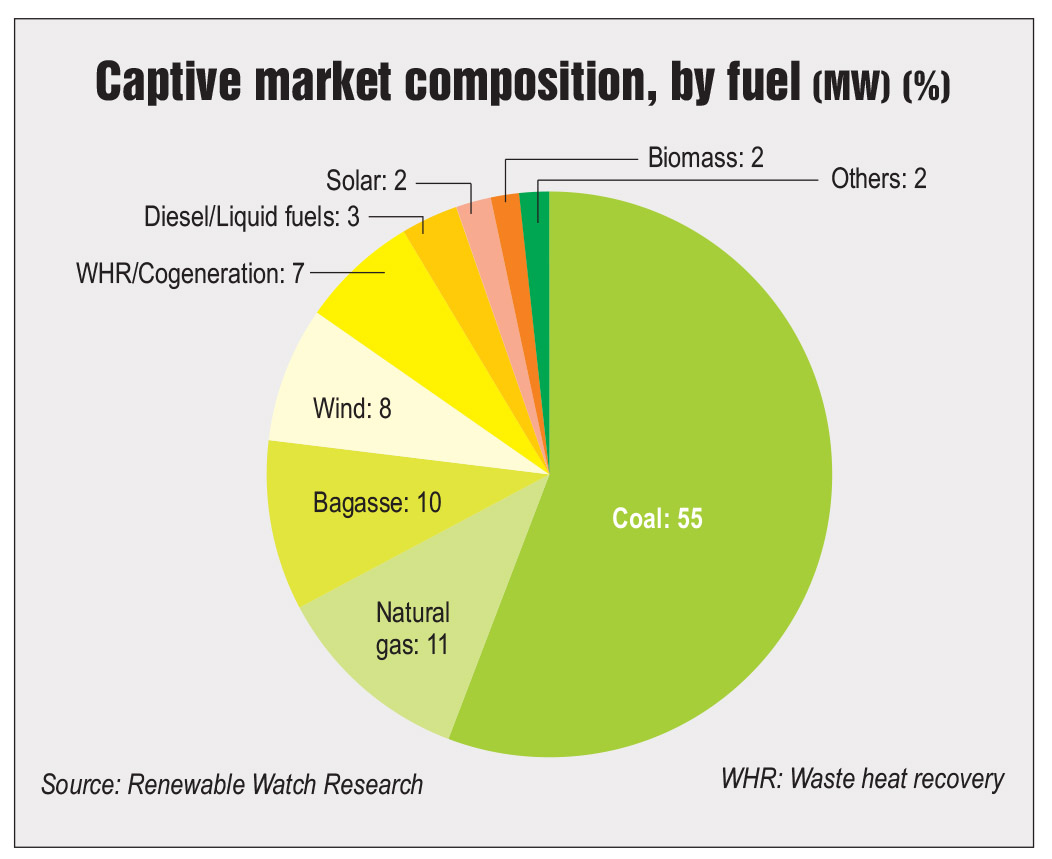 Renewable Watch Research tracked about 67,778 MW of captive power capacity in 2017-18. In terms of fuel-wise distribution, the share of coal is the largest followed by natural gas. Renewable energy accounts for a 21 per cent share in the total tracked captive capacity. Among renewables, bagasse has the largest share as the majority of the sugar industries rely on bagasse, a by-product in the sugar production process, for meeting their power requirements. Wind power also has a high share due to a large number of wind-based group captive projects that mostly cater to industries in the wind-rich western and southern regions.

A comparison between the tracked capacity of 2017-18 and 2014-15 shows a slight increase in the share of renewables. This can be attributed to the increasing competitiveness of renewables and the rising fossil fuel costs. The share of solar CPPs increased from negligible in 2014-15 to 2 per cent in 2017-18. The falling capital costs and attractive government policies have contributed to the growing popularity of rooftop solar projects. Rooftop solar plants have emerged as the preferred captive power source for institutional and commercial users. Among industries, the sugar industry accounted for a major share of 46 per cent in the total renewable-based captive capacity. Other industries that have set up large renewable-based captive power capacity are textiles (9 per cent), metals and minerals (6 per cent), engineering (5 per cent) and chemicals (3 per cent). State-wise, Tamil Nadu, Karnataka, Uttar Pradesh, Maharashtra and Gujarat account for almost 70 per cent of the tracked capacity. Tamil Nadu has a high concentration of wind-based CPPs. Bagasse dominates the captive renewable capacity in Karnataka, Uttar Pradesh and Maharashtra, while wind accounts for 95 per cent of the total captive power in Gujarat. 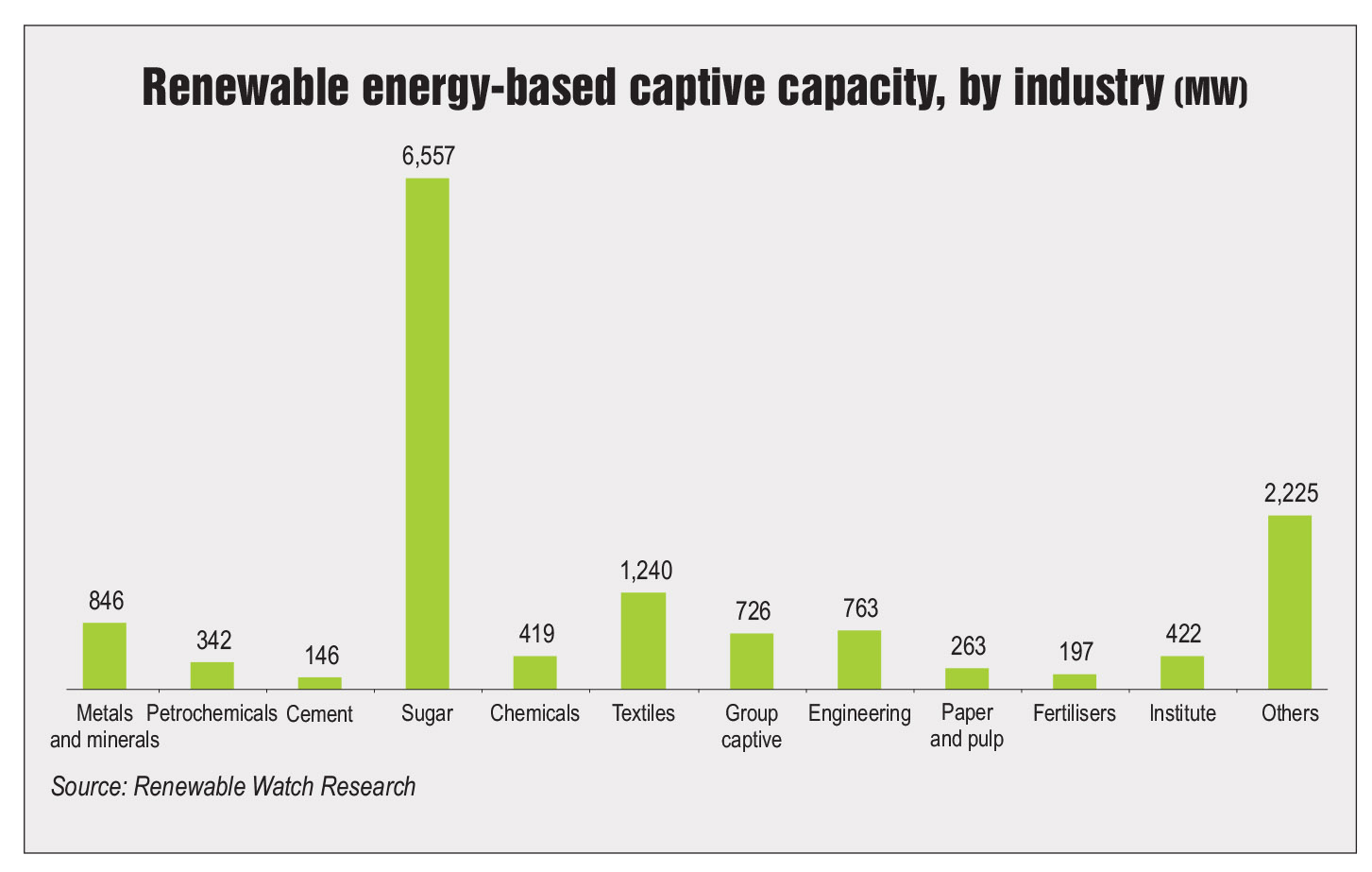 In India, most states have significantly higher tariffs for C&I consumers as compared to residential and public sector consumers. Commercial tariffs in Maharashtra, Delhi, Andhra Pradesh, Assam and Rajasthan range from Rs 8 per unit to Rs 10.50 per unit. These states also have high HT industrial tariffs of Rs 7.30 per unit to Rs 9.70 per unit. In fact, the average Indian grid power tariffs in 2018-19 stood at Rs 6.14 per unit for HT industrial consumers and Rs 7.10 per unit for commercial consumers. Thus, savings on electricity bills are the primary driver for the C&I consumer segment to migrate to CPPs. In contrast, the capital costs for solar and wind power plants have declined significantly. In fact, solar and wind power tariffs have crossed grid parity. Hence, C&I consumers are switching from grid power to cheaper renewable power by setting up CPPs.

Besides, high cross-subsidy surcharge has restricted industries from buying cheaper power outside their state through third-party power purchase agreements. Renewable-based CPPs, on the other hand, are exempted from paying transmission and wheeling charges as well as cross-subsidy surcharges. Another reason for the migration of bulk consumers to CPPs is the erratic power supply and poor power quality in many regions of the country. These consumers have to spend a significant amount of money on running diesel generators for power back up or suffer production losses and equipment breakdown due to frequent fluctuations. Renewable-based CPPs are a cost-effective and greener way to address some of these issues. Besides, surplus power can provide additional revenue to CPP owners. Many large companies with environment-friendly policies also prefer setting up renewable-based CPPs to comply with their green targets. 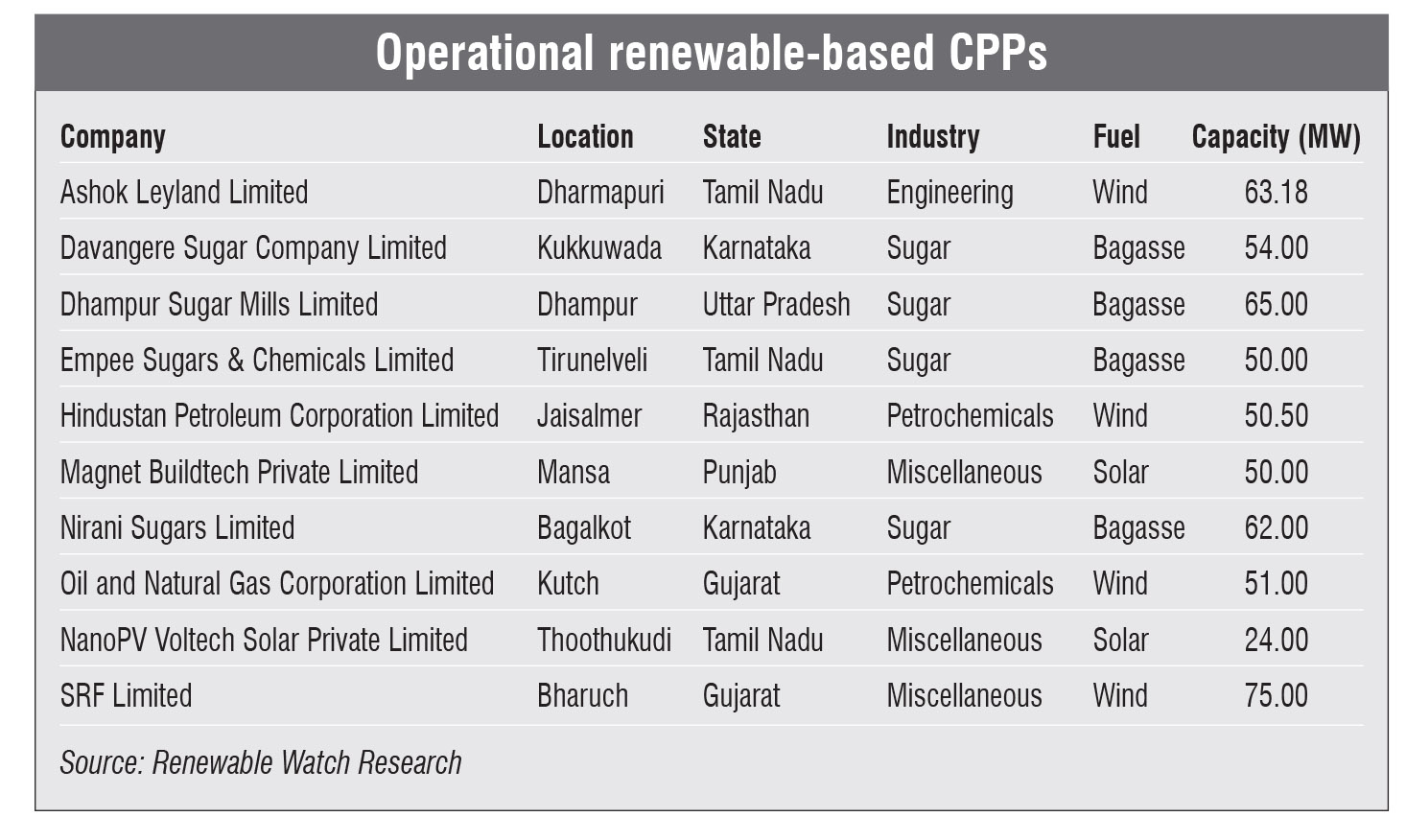 Going forward, renewable-based CPPs will not replace conventional CPPs as large industries will continue to rely on coal for meeting their huge power requirements. The share of solar power will continue to increase owing to the favourable cost economics, ease of implementation and exemptions offered by state governments. This might reduce the share of other renewable energy sources such as biomass and bagasse, which face implementation challenges, cost constraints and logistics issues.

Any CPP developer must conduct a cost-benefit analysis to assess the viability of setting up a renewable-based CPP versus procuring power from the grid. Renewable energy sources like wind and solar power are location and resource dependent while biomass and bagasse depend on fuel availability. Hence, stand-alone renewable systems cannot meet the entire power requirement of an industry, and need an additional back up source, or grid power for support. It is important to understand that a CPP will be economical as long as the combined cost of power generated from it and the back up source is lower than the power procured from the grid.

Despite these challenges, the role of renewables in the captive power segment is expected to increase in the near future. Advancements in digital technologies will lead to reduced operating costs and make renewable-based CPPs attractive for consumers. Going forward, supportive government policies and mandates on bulk consumers to comply with their renewable purchase obligation targets will drive the installation of renewable CPPs. 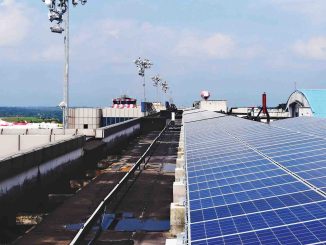