Captive power plants (CPPs) play a significant role in meeting the power generation requirements of commercial and industrial (C&I) users and reducing their dependence on the grid while optimising energy costs. According to Renewable Watch Research, the country’s total installed captive capacity is estimated at 83,900 MW (of CPPs 1 MW and above) as of 2017-18. This represents 25 per cent of the overall installed power generation capacity at 334 GW. Further, renewable energy based captives (bagasse, wind, biomass, solar and small-hydro) accounted for about 21 per cent share in the tracked captive capacity.

According to the Electricity Rules, 2005, a power project is considered captive if the captive user consumes at least 51 per cent of the power generated and owns at least 26 per cent of the project equity. In May 2018, the Ministry of Power introduced draft amendments to the Electricity Rules, 2005, which are set to impact group CPPs, particularly those based on renewable energy. The recent draft amendments seek to impose stricter criteria and compliance rules on CPPs, and will thus significantly alter the way CPPs are structured and operated.

Group CPPs are being preferred by industrial users to meet their electricity needs. These projects are set up by developers for the collective use of many C&I consumers. Group CPPs enable small and medium industries that do not have the required investment and experience for setting up and managing an individual CPP, but need uninterrupted power to run their business operations smoothly. High industrial tariffs and the presence of large industrial clusters in key states such as Maharashtra and Gujarat are the primary growth drivers for group CPPs. These plants provide power at economical rates to industries and reduce their dependence on high-cost power from distribution utilities. In addition to this, renewable-based group CPPs help industrial users meet their renewable purchase obligations (RPOs) and enable them to sell renewable energy certificates in the open market. The involvement of multiple offtakers under the group CPP model provides benefits of economies of scale and reduces the power purchase agreement risk.

Currently, CPPs face several issues. For one, open access restrictions imposed by the state governments make the sale of surplus power infeasible for these plants. According to the Electricity Act, 2003, all captive plants above 1 MW of capacity are classified as open access projects. Over the past few years, many states such as Gujarat, Maharashtra, Rajasthan and Andhra Pradesh have allowed open access but have later backed down citing huge financial implications. Further, CPPs have to bear open access charges including wheeling and transmission losses, energy banking fees, electricity duty, and wheeling and transmission charges. These charges vary across states and are subject to regular revisions, thereby increasing the uncertainty related to project economics.

While renewable energy plants are exempted from most of these charges in many states, the scenario is changing. A key reason for this is the significant decline in solar and wind power project costs over the past five years. This has brought renewable energy on a par with coal-based power. However, as the share of renewable capacity increases in the captive power segment, the load on the transmission network is also becoming difficult to manage given the variable nature of solar and wind power. 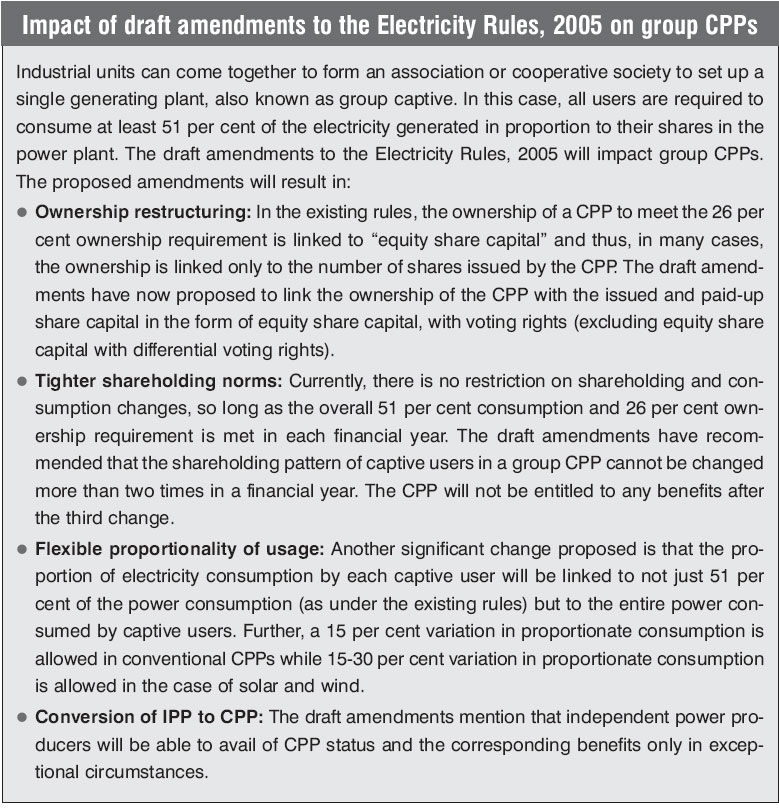 As the share of renewable-based CPPs increases, the policy and regulatory framework is also likely to change. The tide is slowly turning against renewables and certain states have started changing their stance on exemptions and concessions provided to renewable energy projects.

Currently, Andhra Pradesh, Chhattisgarh, Haryana, Telangana and Uttarakhand offer the lowest open access charges making them the most attractive states from project cost economics point of view. However, with the cost of solar power coming down, there will be no rational case for providing exemptions to solar projects. This may slow down the development of renewable CPPs.

Almost all states have introduced net metering policies that enable captive power producers to sell surplus power back to the grid. This has considerably increased the attractiveness of renewable energy-based CPPs. However, to ensure the discoms’ health, the benefits of net metering will be restricted to rooftop installations and in most cases to plants up to 1 MW.

The renewable energy sector is expected to see some pushback from discoms with respect to net metering policies. This is already happening in states such as Maharashtra, where discoms have raised concerns regarding net metering and open access from the same premises.

Further, the regulatory environment for renewable energy CPPs will continue to be unpredictable as long as the discoms lose revenue from open access, owing to the incorrect calibration of open access charges and ad hoc waivers provided under state policies.

That said, almost all state electricity regulatory commissions have specified RPO targets for their distribution licensees, open access consumers and captive power producers. These targets are likely to be increased over the years. This will continue to drive the installation of renewable-based captive power units despite the restrictions imposed by the state governments.

The high price of biomass is hindering the growth of captive biomass capacity. The competitive uses of biomass as cattle feed and raw material for process industries leads to shortages, which in turn affects the price of the fuel and reduces the plant load factor of biomass-based power plants.

On the regulatory front, the renewable energy certificate (REC) market in India has failed to achieve its potential owing to the weak enforcement of RPOs. The lack of long-term regulatory visibility of RPOs and uncertainty over REC prices have been the primary challenges. Moreover, the demand for these certificates continues to be low as the certificates are usually traded at floor prices. In a positive step, the government has strengthened its RPO by increasing the national target to 17 per cent by 2022, including 8 per cent from solar power.

The proposed amendments to the Electricity Rules, 2005 are expected to have a significant bearing on the captive power segment, especially group captives. Although the draft amendments aim to address the loopholes in the existing rules and streamline the CPP market, greater clarity on variation in power consumption and reduction of transmission and distribution losses is required. There is also a need for a centralised reporting and monitoring system for tracking captive generation, consumption and ownership status. 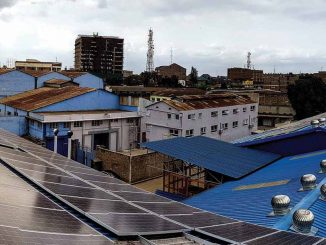 A Promising Market
Case and outlook for renewable-based CPPs

March 2019
By Khushboo Goyal In recent months, a number of renewable-based captive power plants (CPPs) have come up across industries and corporates. In January ...
More