Pressure is building up in Germany as it is striving to deliver on its promise of energy transition, the Energiewende. At the latest UN climate summit, the COP24 (Conference of the Parties), held in Katowice, Poland, from December 3 to 14, 2018, Germany went into the negotiations without a final date for coal exit or an emissions reduction proposal for the transport sector, both of which will now be decided in 2019. These are two sensitive areas (coal exit and mobility transition) that have put Germany, which has so far been considered a champion in climate protection, in a relatively weak spot in the global climate change negotiations. As a result, the country may fail to meet its 2020 target of reducing CO2 emissions by 40 per cent from the 1990 levels, although it will still manage to achieve a 32 per cent reduction. For 2030, the target remains at 55 per cent. To ensure this, the government is committed to introducing a climate action law in 2019, which will set legally binding climate targets for each sector.

In the electricity sector, Germany’s decision to completely phase out carbon-free nuclear by 2022 (after the Fukushima disaster) has led to increased reliance on carbon emitting coal-based generation. This is coming in the way of meeting its climate goals as well as the Energiewende (a plan to meet 80 per cent of the country’s total power consumption through renewables and reduce carbon emissions by 80-95 per cent from the 1990 levels by 2050). As per the coalition agreement of the current federal government finalised in March 2018, the coal commission was supposed to decide on the plan to completely phase out coal generation by 2018. However, it is now expected to release its report in early 2019.

The phase-out of coal-based generation will be essential to alleviate the stress on the electricity grid. The compensation payments from network operators to renewable operators are increasing due to insufficient grid capacity to transmit green energy generated by the latter. According to Bundesnetzagentur (BNetzA), compensation claims increased by 60 per cent in a year to Euro 228 million during the first quarter of 2018 from Euro 142 million in the corresponding period of 2017. In 2017, the amount was Euro 610 million as compared to Euro 373 million in 2016. About 3 per cent renewable electricity was curtailed during 2017.

Some of the grid constraints are expected to be eased with the commissioning of long distance high voltage direct current (HVDC) cables, the first of which is expected to come online in 2025. Grid expansion must be accelerated if the country’s target of increasing the share of renewable energy in the power mix to 65 per cent by 2030 is to be achieved. In view of this, in December 2018, Germany’s cabinet approved the draft legislation to accelerate grid expansion to better integrate renewables. The draft bill aims to simplify and accelerate the approval procedures for new construction, and reinforce and optimise high voltage power lines through appropriate amendments to the Network Expansion Acceleration Act (NABEG) and other laws, particularly the Energy Law Act (EnWG).

The government has reaffirmed its commitment to increase renewable capacity and phase out coal-based generation.

Additional renewable capacity auctions: Keeping its promise in the coalition agreement, in November 2018, the government approved supplemental tenders for 8 GW of onshore wind and solar power over the next three years. The special auctions will be in addition to the already approved auctions for 2.8 GW of onshore wind in 2019 and 2.9 GW in 2020 under the Renewable Energy Sources Act, 2017. The government will hold auctions to procure 1 GW each of onshore wind and solar energy in 2019, which will be increased to 1.4 GW each in 2020 and further to 1.6 GW in 2021. This development has been welcomed by the industry as it is expected to help the country partially meet its 2030 renewable electricity target. However, the industry has cautioned the government regarding the need for a speedy resolution of wind planning issues so that the plans fructify in a timely manner. No additional auctions have been announced for offshore wind.

Coal commission delays report on coal exit date: In May 2018, the government constituted the coal commission, Commission on Growth, Structural Economic Change and Employment, to manage the country’s phase-out of coal-based generation. The commission has been meeting various stakeholders including labour unions and industry to debate and discuss the future course of action. The commission reportedly submitted an initial proposal in October 2018 on the economic consequences and alternatives for coal mining regions once the country phases out coal-based generation. It suggested that lignite mining regions could be given preferential treatment in infrastructure and innovation projects. So far, the commission has not indicated any cost estimates, but industry estimates suggest that it may run into billions of euros and that it will be much higher than the Euro 1.5 billion earmarked in the current federal budget.

While environmental lobbyists are pitching for 5-7 GW of coal-based generation to be retired by 2020 and a complete exit by 2030, the coal mining states want the end-date to coincide with the current mining permissions, which would be around 2045. In early December 2018, the anti-coal protests gained steam in Berlin and Cologne where the protesters called for the speedy phasing out of coal and for saving the Hambach forest, where trees are being cleared for lignite mining by RWE. Meanwhile, in line with the country’s decision to stop domestic mining of hard coal by the end of 2018 in favour of cheaper imports and end state subsidies to support struggling mines, Germany’s last black coal mine at Prosper-Haniel in Ruhr was shut down in December 2018.

Slow progress in grid expansion: The slow pace of grid expansion has been a critical issue hampering the realisation of Germany’s energy transition plan. According to BNetzA’s 2018 monitoring report, the ongoing transmission projects have shown dismal progress. These projects receive priority treatment under the Energy Line Extension Act (EnLAG) of 2009, and Bundesbedarfsplangesetz or the Federal Requirement Plan Law (BBPIG) of 2013. As of the third quarter of 2018, only 150 km (2.5 per cent) of the 5,900 km of planned transmission lines under the BBPIG and 44.4 per cent (or 800 km) of the 1,800 km new network under EnLAG had been completed. Long-drawn approval processes and public resistance to overhead power line construction have led to project delays. The capital expenditure made by Germany’s four transmission system operators (TSOs) has also been declining, dropping from Euro 2,298 million in 2016 to Euro 1,972 million in 2017. Given that not much progress was made during the first three quarters of 2018 in terms of commissioning of new EnLAG or BBPIG projects, this decreasing trend may continue in 2019. 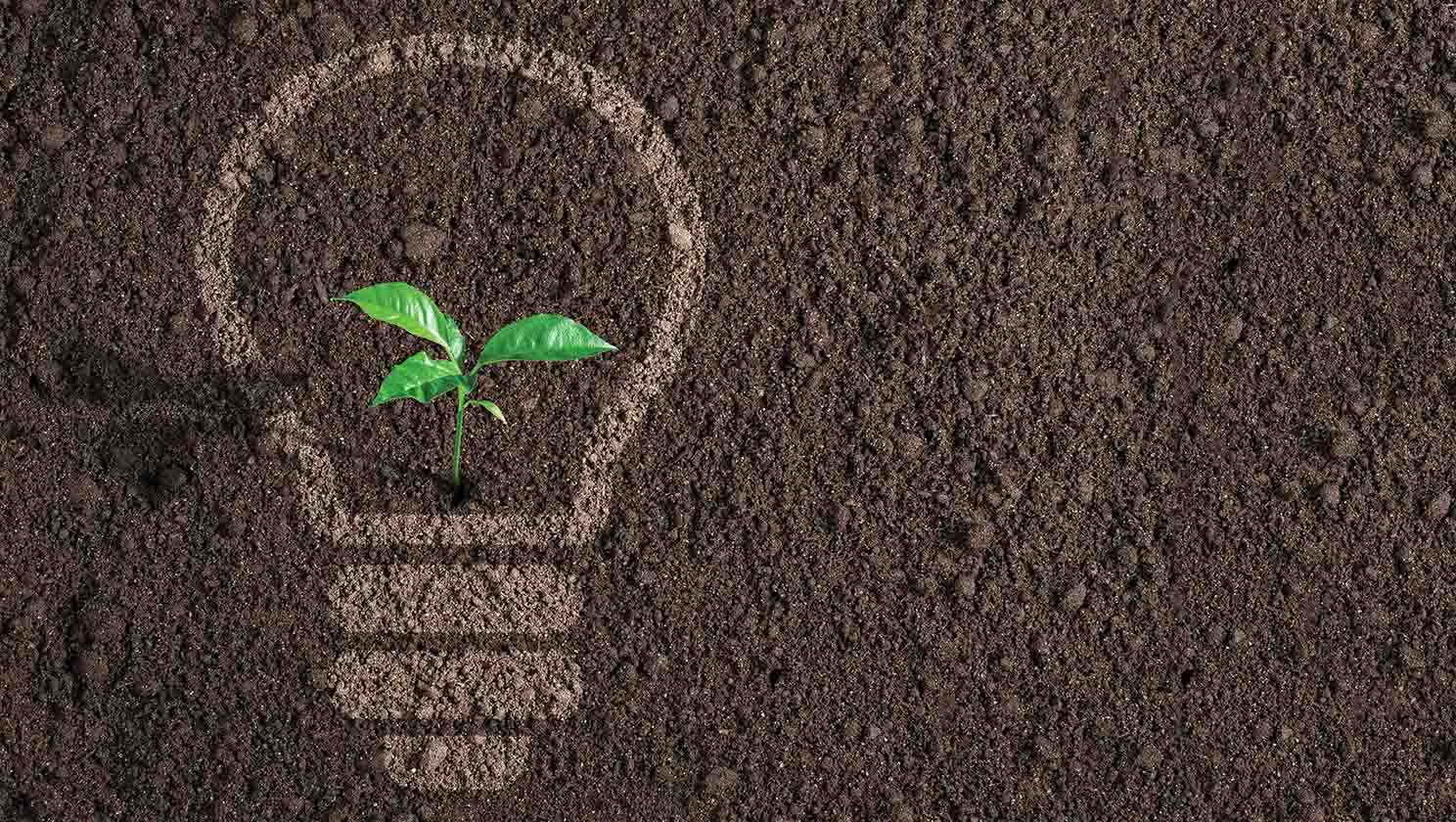 Meanwhile, for the first time in September 2018, TSOs submitted an implementation report. The report, which provides information on the state of implementation of the NEP2030 (National Development Plan) and O-NEP2030 (offshore NEP) confirmed in December 2017, was open to public consultation until December 9, 2018. BNetzA will publish the public comments. While many of the onshore projects involve no changes in the implementation status, the report indicates that many others are facing delays on account of delays in planning approval (particularly environmental), allocation of building and construction obligations and construction processes, besides delays due to lawsuits. Most of the offshore projects involve no changes as compared to the second draft of the O-NEP (2017).

It may be pointed out that the Erdkabelgesetz or the underground cable law for new HVDC lines was passed in 2015 to allay public fears regarding overhead lines. However, this further delayed the proposed HVDC corridors as new planning and approval procedures need to be followed. That said, some municipalities are opting for overhead lines due to concerns over the impact of underground cables on agricultural land.

Draft Bill NABEG/EnWG amendment: The proposed NABEG amendment, approved by the cabinet in December 2018, is expected to fast-track grid development by resolving long-pending issues. The amendment includes adopting fast notification procedures for small network reinforcement measures instead of long-drawn approval procedures; waiving off federal planning where an existing route is used; limiting the state governments’ right to propose time-consuming alternative planning; and allowing the construction of the first part of a new line before the approval of the final stretch of the entire route.

The amendment calls for greater coordination and cooperation between the federal and state governments. The bill creates a reliable and nationwide uniform legal framework to compensate the land-owners impacted by network expansion. For certain urgent expansion projects, farmers will be eligible to receive an additional acceleration surcharge if they agree with the grid operators within eight weeks.

A contentious issue relating to electricity grids is the creation of a uniform regime for redespatch optimisation through amendments to the EnWG. The different regimes according to which the grid operators access renewable energy and combined heat and power (CHP) plants (feed-in management) and conventional power plants (redespatch) in case of network congestion will be merged into a single redespatch regime. This will enable TSOs to gain more access to the distribution network as most of the renewable and CHP systems are connected to the distribution grids. The German Association of Municipal Utilities or Verband kommunaler Unternehmen e.V.(VKU) has criticised this provision. It argues that there is no room left for distribution network operators to optimally coordinate their power generation and consumption in their own supply area, and that this could have an impact on grid stability.

Next round of transmission planning initiated: Meanwhile, the process for the sixth round of grid planning has been initiated with BNetzA’s approval of the Scenario Framework 2019-2030 in June 2018. This framework includes the development of generation capacities and consumption for target years 2030 and 2035 across five scenarios, including an intermediate scenario for 2025. This takes into account the policy goals in the government’s coalition agreement. Importantly, BNetzA has indicated that the grid can be safely operated if coal capacities are halved by 2030, provided that grid expansion progresses as planned and new gas-based capacities are built. Further, special attention has been paid to flexibility and storage options including making consumption more flexible and linking the electricity sector to other sectors such as transport and heating.

As part of the fifth planning round, between 2017 and 2030, Germany is estimated to invest over Euro 32 billion-Euro 34 billion in the expansion of the onshore grid network and another Euro 17 billion in the offshore grid network. For this, the TSOs are implementing projects approved by BNetzA under the NDP2030. These include 2,650 km of new lines, 3,400 km of network reinforcements, and 300 km of alternating current (AC)/direct current (DC) conversion lines. The new lines include 400 km of AC lines while the remaining are in the DC network spread across HVDC corridors, for intra-country as well as for cross-border interconnections. Overall, 96 projects have been planned across voltages in the confirmed NEP 2017–30. BNetzA has also approved the Offshore Grid Development Plan (O-NEP 2030), which includes five connections in the Baltic Sea and three in the North Sea along with lines confirmed in the previous O-NEPs. Notably, this would be the last O-NEP. This is in line with the Offshore Wind Act (Wind-auf-See-Gesetz), 2017, which is a central model (where projects will be tendered only in areas with pre-examined land development plans). It will be followed for projects to be tendered after 2025 to ensure synchronised expansion of wind energy capacity and offshore connection lines.

Germany is under immense pressure to deliver on its climate goals as the world is closely watching its next moves, particularly its plans for coal exit and the transport sector. It has been acknowledged time and again that the expansion of the electrical grid is critical for achieving Germany’s energy transition goals and needs to be expedited. While the government is taking various steps to align and synchronise grid expansion with the growth of renewable capacity and simplify the grid planning and approval process, things have to quickly translate into progress on the ground as time is running out.