In stark contrast to the developed nations where reliable power supply is available to all, access to electricity is still a challenge faced by the rural communities in most developing nations. The case is no different in Myanmar, where currently about 70 per cent of the population lacks access to grid-connected electricity supply. However, with the advancements in technologies as well as reductions in the cost of solar cells and modules, solar energy may help the country overcome the challenge of energy poverty.

Solar minigrids can be rapidly deployed and financed with private capital. Thus, a number of organisations have now started developing and investing in such projects. Yoma Micro Power is one such company that builds, owns and operates small-scale power plants and minigrids in the rural areas of Myanmar. These systems provide electricity to telecommunication towers as well as households, schools, monasteries, clinics and businesses.

The company aims to build a better Myanmar by harnessing sustainable energy resources and expanding affordable, reliable electricity supply in the country. It hopes to achieve this through rural electrification, powering off-grid telecom towers and installing commercial and industrial rooftop solar.

Yoma’s initiatives and remarkable growth story have not just attracted the interest of Myanmar’s regional governments but also international funding agencies. The company boasts of an investor base comprising Yoma Strategic Holdings, Norfund and International Finance Corporation (IFC). Yoma Strategic Holdings has the maximum share of 35 per cent in the company while Norfund and IFC have a 30 per cent share each. The IFC’s recent investment in Yoma Micro Power will help the company raise up to $28 million through equity and debt financing. The remaining 5 per cent stake is held by Alakesh Chetia, chief executive officer, Yoma Micro Power.

In the future, the company is planning to increase the scale as well as the number of projects across Myanmar, while helping the country reduce its dependence on fossil fuels and lower its carbon emissions. Companies like Yoma Micro Power can help Myanmar achieve one of its Intended Nationally Determined Climate targets –  to provide electricity to 6 million people in the rural areas by using at least 30 per cent renewable sources. 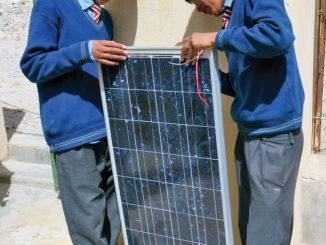 July 2018
India achieved its ambitious goal of 100 per cent village electrification in April 2018. As per the Ministry of Power’s definition, a village is con...
More 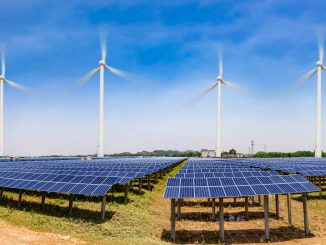 September 2018
Access to finance continues to be a bone of contention for the renewable/ decentralised energy sector in India. Institutions’ lendable resources are...
More