Over the past few years, solar cell and module prices have been declining rapidly. This has promoted the development of innovative solar power solutions such as solar-powered lanterns, solar fans and solar water purifiers.

Strawberry Energy, a solar-powered urban furniture provider for smart and sustainable cities, has developed a unique method of utilising solar energy through the placement of furniture with smart features for public use in urban areas. Founded in March 2011, the company aims to enhance the experience of urban citizens in public spaces by providing them with clean electricity and connectivity on the go. Strawberry Energy has a line of smart street furniture, which brings the internet of things to outdoor public spaces that have a high footfall to help improve the standards of cities, making them smarter and more convenient to live in.

Currently, the company offers three types of “smart benches” and a “strawberry tree”, which can be deployed in public spaces and recreational centres. The smart bench and “smart bench 2” provide seating as well as shade, whereas the “smart bench mini” is a compact version of the other two and provides only seating facilities. The strawberry tree has been designed to provide shade and shelter from the rain.

In addition to providing seating and shade, these products have built-in smart features. All Strawberry Energy products are equipped with a stand-alone solar photovoltaic system, which generates energy to provide services such as mobile charging with the help of built-in power chords and USB ports. In addition, wireless pads are provided for charging phones.

All products can provide internet connectivity to users near them through Wi-Fi. In addition, the benches and the tree come with sensors that can measure environment data such as local temperature, air pressure, humidity, noise level and carbon dioxide in real time. This information is easily accessible to users through Strawberry Energy’s app as well as the Wi-Fi landing page on the browser. The app also lets users find their nearest strawberry bench and takes their suggestions for installing these benches in new locations. The strawberry tree and smart bench mini have an additional feature of LED lighting. Moreover, while the basic specifications and design features of the company’s offerings remain the same, other specifications such as rating of solar panels, number of charging ports and sensor data vary from product to product.

The company not only has original design ideas but also a unique business model. Since urban cities often do not have the resources to fund such services, the company offers its network of smart benches free of charge to cities and organisations. The company generates revenue by selling commercial branding rights of Strawberry Energy’s furniture to organisations that want to engage with people in an innovative way. 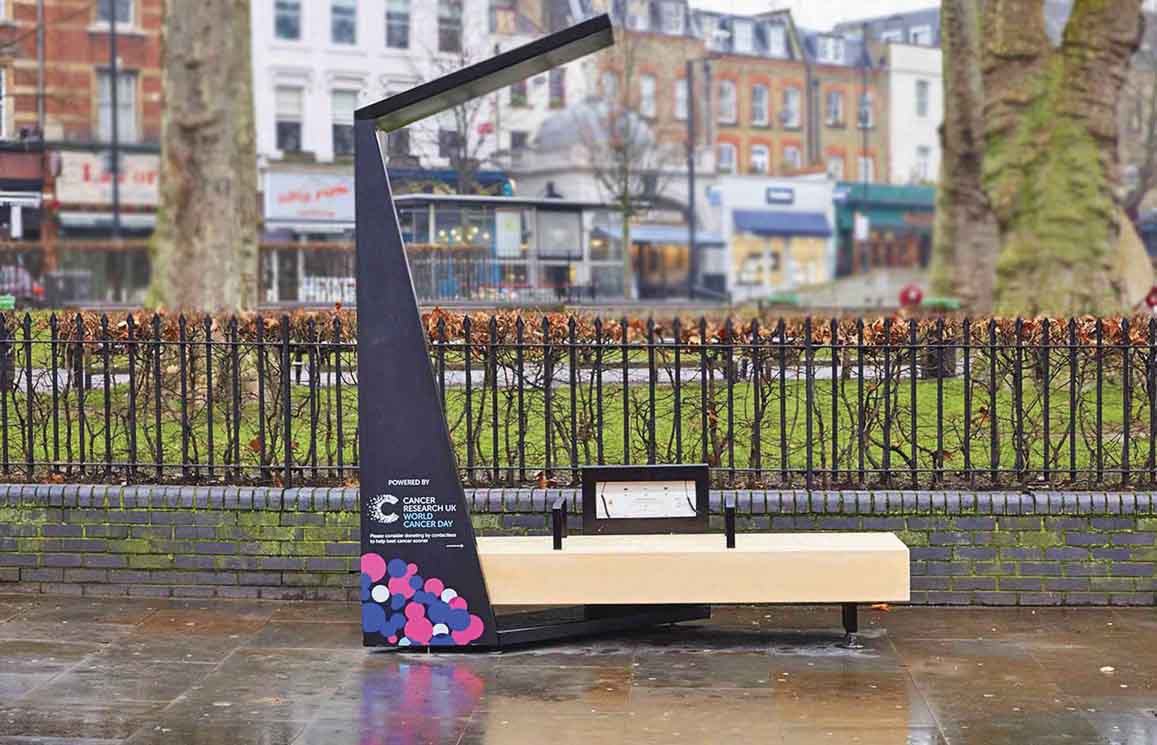 With its one-of-a-kind offering, it is no surprise that the company has grown manyfold in a very short span of time. In 2012, Strawberry Energy had a presence in five cities, which expanded to five countries by April 2013. As of April 2016, the company had installations in 25 cities across 17 countries. Its key clients include Ford Motor Company, Canary Wharf, the United Nations Development Programme, and Orange. In September 2017, the company launched a network of smart benches in London in partnership with Ford Motors Europe.

Strawberry Energy has already raised about £900,000 from institutional and angel investors and is generating revenue through product sales and sponsorship deals. The company has also launched a public funding drive to raise £300,000 in funds for expanding its network of smart benches in London to 100 locations.

While Strawberry Energy has no immediate plans to expand in Asia, developing and economically progressing countries such as India can provide a large potential market for its products.  Under the country’s Smart Cities Mission, which aims to promote development in cities and improve the quality of life of its urban citizens, such an innovative technology and business model can be adopted to provide residents with state-of-the-art services at zero cost to municipalities. 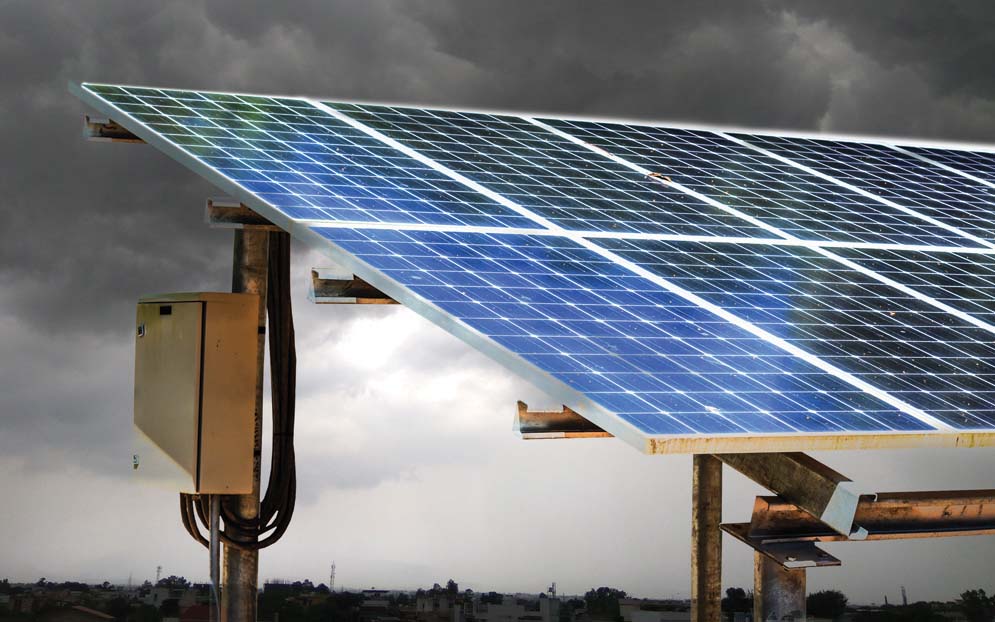 Solar energy generation largely depends on the availability of sunlight. Thus, during cloud cover, a steep decline is witnessed in solar power generation leading to grid instability. However, the industry has been looking for ways to generate solar power during cloudy days as well as in low-light conditions to maintain a stable minimum output and make solar power a more economical option. To this end, researchers at the University of British Columbia (UBC) have developed a “biogenic” solar cell that uses bacteria to generate electricity even in dim lighting conditions.

These biogenic cells are made up of living organisms and have the potential to reach the efficiency levels of synthetic cells used in conventional solar panels. Currently, the efforts to build biogenic solar cells are focused mainly on extracting the natural dye used by bacteria for photosynthesis. This is a complex process in which the toxic solvents involved can cause the natural dye to degrade. In addition, these biogenic dye-sensitised solar cells (DSSCs) are expensive owing to the irregular supply of natural dyes, inconsistencies in material qualities and inefficiencies in extraction.

The UBC researchers have developed a simpler solution to this problem by leaving the dye in the bacteria. To achieve this, the research team genetically engineered the E. coli bacteria to produce large amounts of lycopene. Lycopene is the dye that gives tomatoes their red-orange colour. It is a photosensitive pigment that can mediate electron transfer and is, therefore, very effective in harvesting light, which can be further converted into energy. The bacteria containing the dye are coated with titanium dioxide, which acts as a semiconductor. This mixture can then be applied to a conductive glass surface along with an electrolyte mixture to form a functioning DSSC. The coated glass can be used as an anode of a photovoltaic cell. The process is vastly different from the traditional approach of coating a semiconductor material with a dye or a photosensitiser. The new type of cell can generate a current density of 0.686 milliamperes per square centimetre, a significant improvement from the 0.362 milliamperes per square centimetre current density achieved by the previously developed dye-based cells. The UBC researchers believe that the new process could reduce the total cost of dye production to about one-tenth of the earlier figures.

These biogenic materials could also have applications in the mining industry, deep-sea exploration and other low-light environments. These materials can be manufactured more economically and sustainably than conventional materials. Thus, with sufficient optimisation, the biogenic cells can perform at efficiencies comparable with conventional solar cell efficiencies. However, the most important factor in the success of such solar cells would be the use of technology that does not kill the bacteria so the dye can be indefinitely produced. 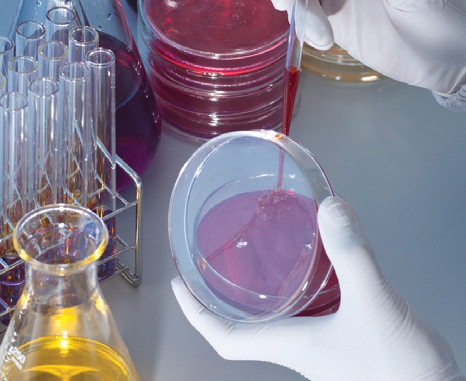 In the Indian context, biogenic cells have a large market in the northern and north-eastern regions of the country. These regions do not have significant solar energy capacity as yet. The heavy cloud cover and rainfall leads to low capacity utilisation factor and longer payback periods. Thus, if these cells are deployed commercially at low costs, they could generate higher power outputs in regions with low sunshine levels. Since energy will be generated even during cloud cover, the frequency variations in the grid could be reduced, thus increasing its stability. The low costs could help boost the residential rooftop segment, which mainly relies on grants and subsidies. Moreover, the cells will be manufactured through eco-friendly processes, which will contribute towards India’s sustainable development goals.