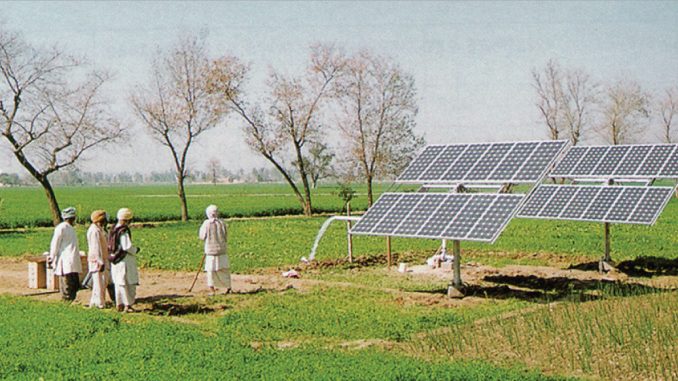 The Delhi government has approved a solar scheme known as ‘Mukhyanmantri Kisan Aaye Badhotri Solar Yojna’ for farmers in the state. This program is only applicable for farms in the city’s green belt area. The scheme is aimed at improving farmers’ income as well as helping Delhi achieve its solar energy targets.

As per the scheme, a maximum of one-third surface area of the agriculture land can be used for the installation of solar panels so that agriculture activity is not affected. In addition, the minimum height of solar PV panels should be 3.5 metres. The projects will be developed on RESCO-model and the Delhi government’s departments such as health department, PWD, Delhi Jal Board, etc. will sign PPAs with the developers to procure the power. Farmers will get about 1,000 kWh of free power per acre from the solar project every year.

The Delhi government has estimated that through the scheme, the yearly farm income could increase from Rs 20,000 – Rs 30,000 per acre to up to Rs 150,000. In addition, the scheme will provide an additional earning to farmers with annual increment of 6 per cent to reach Rs 0.404 million per year from Rs 0.1 million per year in a 25-year period. Currently, about five companies have evinced interest in the scheme.