India is progressing towards its 2022 renewable capacity target of 175 GW. A 19 per cent year-on-year growth in renewable capacity addition was recorded during 2012-18. However, the sector cannot  rely only on distribution companies to meet this target, and will have to develop captive power and open access capacity. Commercial and industrial consumers account for about 50 per cent of the total electricity consumption, which has been increasing at a compound annual growth rate of 4 per cent.

There are three primary routes for the procurement of green power – captive or group captive models, power purchase agreements (PPAs) with third parties under open access and renewable energy certificates (RECs). Renewable energy procurement includes captive and open access. The alternative would be conventional power procurement, which is offset by the purchase of RECs. However, the states are reluctant to buy power at the average power purchase cost mode in addition to buying RECs. Meanwhile, the major driver for captive renewable power has been the waiver of cross-subsidy surcharge (CSS). In open access, however, more charges need to be paid, a major part of which includes CSS.

Open access was introduced to promote competition and open up the market for electricity trade. However, the segment faces challenges such as inadequate banking facilities. The Rajasthan Electricity Regulatory Commission (RERC) determined the transmission charges for solar power projects commissioned between April 2015 and March 2018, or for a capacity of 2,000 MW, at a rate equal to 50 per cent of the normal transmission tariff as applicable to conventional power for a period of 25 years. For this, no subsidy was provided by the Rajasthan government. According to RERC, 2 per cent banking charges shall be payable in kind and the unutilised banked renewable power can be bought back by generators at 60 per cent of the high tension industrial energy tariff. However, more than 10 per cent of unutilised banked energy will lapse.

As the industry gears up for a significant increase in solar and wind generation to achieve the 2022 target, grid integration is likely to become a major challenge for the ramped-up capacity. Owing to the variability and intermittency of these sources, there is likely to be a mismatch between demand and supply, which will need to be managed throughout the day and across seasons. There is also a dearth of flexible power generation sources. Thus, there is a need for sufficient primary, secondary and tertiary reserves to ensure grid stability.

In order to encourage discipline and grid stability, forecasting and scheduling regulations have been issued by the centre and a few states such as Rajasthan, Karnataka and Telangana. Many states have released the draft regulations but are yet to finalise them. According to the regulations, all solar power generators in a state with a capacity above 5 MW must be connected to the state grid through pooling stations or solar parks. This is necessary for better forecasting and scheduling of the power generated from these plants.

Key issues and the way forward

The key issues faced in renewable energy procurement pertain to policy and regulations, connectivity and financing. Regulatory issues include inadequate benefits and inconsistencies in the policy and regulatory regime across states, delays in getting net metering approval, higher open access charges, additional surcharge and banking charges. Changes in the policy and regulatory landscape can significantly impact project returns and new project developments. For instance, the lack of banking facilities brought the wind sector in Tamil Nadu to a standstill. Locations with high untapped renewable potential often have poor grid availability and connectivity. The limited capacity of distribution transformers also remains a concern. The rapid decline in tariffs with the introduction of competitive bidding has affected the financial viability of projects. This makes raising funds a challenge for developers.

Project progress may even be hampered by local issues related to land acquisition and leasing. On the commercial front, the state discoms are reluctant to part ways with high-paying consumers. This leads to the imposition of high open access charges in the form of additional surcharge and cross-subsidy surcharge. In addition, the financing strength of discoms has not improved despite government initiatives such as the Ujwal Discom Assurance Yojana. Therefore, appropriate enabling provisions should be introduced to the existing regulatory framework.

Based on a presentation by Vaibhav Singh, Associate Director, Energy, PricewaterhouseCoopers

September 2017
New Zealand is emerging as a global leader in the renewable energy sector. The country has ambitious goals and robust policies in place to increase th...
More 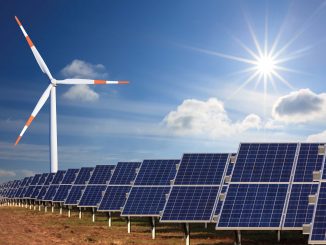 August 2018
By Anukriti With the large-scale integration of wind-and solar-based generating stations, managing the national and regional grids could be a daunting...
More