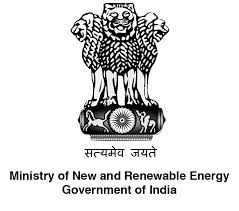 The Ministry of New and Renewable Energy (MNRE) has issued an order to extend the commissioning date (COD) of solar PV projects that had been affected by the imposition of Goods and Services tax (GST) and its related issues. This MNRE order comes in response to requests from developers for allowing extension in scheduled COD of solar PV projects, citing temporary business disruption and subsequent delays in project commissioning because of GST introduction from July 1, 2017.

The COD extension is allowed for a period of up to two months. Only those projects having their financial closure and COD timeframe overlapping with the two-month period from July 1, 2017 to August 31, 2017, will be considered eligible to claim this extension.

The project developers will be required to submit a formal application to SECl, NTPC, or other implementing agencies for the extension of time (EoT), giving all documentary evidence in support of their claim. The implementing agencies will then examine the claim objectively and grant EoT.