The country’s total installed solar photovoltaic (PV) capacity reached 20 GW in 2017, of which about 9.6 GW was added during the year. Meanwhile, solar power generation increased from 11.6 billion units (BUs) in 2016 to 21.5 BUs in 2017, a substantial of 86 per cent increase over a period of just one year. This rise in solar PV installations has also created a stir in the solar inverter market in India.

Inverters are an integral part of a solar PV system as they convert the DC electricity generated by solar panels into AC, which can be used in houses and offices or can be supplied to the grid.

The choice of inverter for a solar PV installation is decided by a combination of factors such as application, capacity, cost economics, design, and preference of developer or engineering, procurement and construction (EPC) contractor.

String inverters convert DC power from multiple strings or rows of solar panels into AC power. A single project can have multiple string inverters, each connected to multiple strings or rows of solar panels. This technology is the most popular amongst residential and commercial solar establishments. Owing to technological advancements, string inverters now allow greater power density in smaller sizes, making it possible to install these units in small projects of less than 1 MW. These are also cheaper than central inverters. Moreover, a major advantage of string inverters is their ability to handle shading losses. Shading on any one panel affects only that string and does not impact the performance of the entire system. China-based Huawei and Taiwan-based Delta are the major suppliers of solar string inverters in the Indian market, while Su-Kam is the leading domestic player in the off-grid solar segment.

Module level power electronics (MLPE) solutions are driving technology advancements in the manufacture of string inverters. Companies like Huawei and SolarEdge are building these cost-effective power optimisation solutions. These power optimisers are integrated with inverters at the module level, one at each solar panel. Power optimisers mitigate the effect of shading to some extent by conditioning power before sending it to the string inverter, thereby improving the performance of the solar plant.

Battery-based inverters or chargers are also gaining traction with increasing demand for energy storage to manage solar PV intermittencies and provide back-up power in case of resource unavailability. These inverters can run on both batteries and electricity, are bidirectional in nature and ensure uninterrupted operation of critical loads irrespective of the presence or absence of grid power. They can be grid-tied, stand-alone, grid-interactive or off-grid, depending on their application.

Traditional grid-tied solar inverters stop generating power in case of a grid outage, working in anti-islanding mode even when solar power is available, so the user suffers an outage irrespective of solar generation. In islanding mode, all generation is directed to power the location suffering an outage. Battery-based inverters work in case of a grid outage but only supply power to critical loads in a manner that does not lead to an islanding condition. Grid-interactive inverters supply excess power to the grid and charge the battery as well, while stand-alone inverters only charge the battery.

A key trend in the solar inverter space is the development of smart modules, that is, modules that are integrated with power optimisers. When solar modules are integrated with microinverters, they are called AC modules. Both smart and AC modules are integrated at the manufacturing stage itself to bring down costs, reduce the time required for project installations and offer better power quality. However, the uptake of such technologies, which are considered premium products, is restricted to the residential, commercial and industrial segments, and it may take a long time for them to be accepted globally for utility installations due to the large size of utility projects.

In addition, smart hybrid inverters are being developed to bring in more flexibility, and automate the management of energy supply from different sources (solar PV, grid and batteries). These inverters can work both on-grid and off-grid. They ensure negligible loss of energy as they store energy in batteries when the production of solar energy is greater than the consumption, and give the option to choose when to store energy in batteries and when to provide it to the grid. In this way, they work as hybrid inverters, that is, they can work both on-grid and off-grid at the same time, as well as provide backup. These inverters can be deployed by residential rooftop owners to leverage net metering benefits and ensure uninterrupted quality power supply in their houses. Smart inverters will pave the way for future intelligent inverters. Further, companies like TBEA and Fimer are investing in the development of large modular centralised solutions with much smaller central inverter blocks. This would maximise redundancy and increase flexibility, leading to a reduction in opex for EPC companies. Another emerging trend in the inverter space is the development of virtual central inverters, which are a combination of string inverters and modular central inverters. A virtual central inverter consists of a number of strings in a large containerised solution. This offers better control, as in the case of central inverters, while retaining the flexibility of string inverters. Such inverters are being developed by companies like Sungrow and REFUsol.

Globally, companies are moving from 1,000 V DC inverters to 1,500 V DC inverters to reduce the overall balance of system (BoS) cost, as greater voltage improves DC output, with fewer inverters and shorter wires. In India, too, a similar trend has been observed with companies like Gamesa, which manufactures higher capacity inverters at its facilities in the country. SMA estimates a 10 per cent reduction in the overall BoS costs. This will greatly benefit project developers in the country who have signed PPAs at very low tariffs on account of aggressive bidding in recent months.

As per the India PV Inverter Market Outlook, 2021, the solar PV inverter market in the country is expected to grow at a rate of 4.64 per cent from 2015 to 2021, owing to the favourable market scenario and the large target of 100 GW of solar PV capacity by 2022. Many new players are entering the market and many have announced expansion plans in order to meet the ever-increasing demand of the solar market.

Currently, central inverters are dominating the market, as the majority of solar installations are utility scale. However, the emergence of the residential segment is also opening up opportunities for new players dealing in string inverters. Meanwhile, the deployment of microinverters and smart hybrid inverters is expected to bring about a revolution in the residential segment with significant cost savings for homeowners. 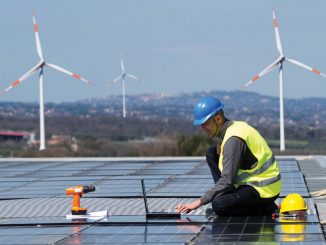 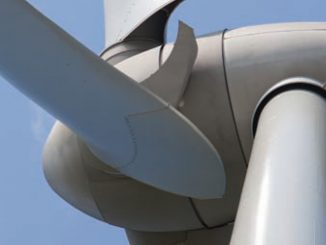 July 2017
The wind energy segment is undergoing a technological transformation globally, with increasing efficiencies and rising hub heights. All the major comp...
More 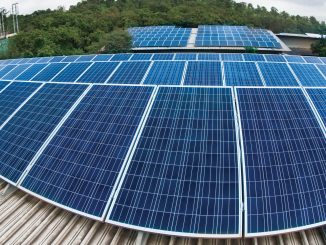