We bring you an interview with Amitabh Kant, CEO, Niti Aayog from our 2017 archives

Think tank NITI Aayog has set an ambitious target of 100 GW of clean energy by 2019-20 and wants financial provision for generation and infrastructure rather than for capacity creation only. It has unveiled a three-year action agenda emphasising the need for strengthening the renewable purchase obligation (RPO) system, encouraging renewable-rich states to sell power to those with a deficit and developing storage solutions to boost clean energy adoption in the country. In an interview with Renewable Watch, Amitabh Kant, chief executive officer (CEO), NITI Aayog, talked at length about the current state of the sector, the prevailing issues and possible solutions. Excerpts…

What progress has been made by the renewable energy sector over the past one year?

What are the key unresolved challenges in this space? Is the sector headed in the right direction to achieve the 175 GW target by 2022?

Currently, the sector is facing problems such as non-honouring of old power purchase agreements (PPAs), signed at a higher rate by the discoms. This has led to a slowdown in the solar tendering process by the states as well as delays in signing PPAs following the finalisation of bids. However, PPAs are contractual obligations and have to be honoured by the discoms.

As of June 30, 2017, the total installed renewable capacity was about 60 GW, which is 34 per cent of the 175 GW target to be achieved by 2022. To this end, the Ministry of New and Renewable Energy has prepared a year-wise roadmap. The Ministry of Power has also notified a trajectory to attain 17 per cent RPO by 2018-19, of which 10.25 per has to be solar and the remaining non-solar. In order to achieve the target, RPO compliance is a must. The states need to purchase renewable energy certificates if the RPO targets are not being met. The Green Energy Corridors project, which is currently under implementation, is likely to remove transmission bottlenecks, which will allow easy evacuation and transmission of renewable energy. Discoms should be encouraged to set up solar plants in renewable-rich states to fulfil the RPO targets. A trading platform needs to be created for surplus and deficit states so that renewable energy-deficit states can easily meet the RPO target. Apart from this, the grid has to be managed smoothly. For a sustainable grid, we also need balancing power for renewables because of their intermittency. Hydropower, gas-based power, battery storage and flexible power from coal may be considered for balancing renewable energy. In addition, accurate forecasting and scheduling is necessary.

What initiatives are being taken to channelise investments in the renewable energy sector?

The government has come up with different schemes for channelising investments in the renewable energy sector. The 100 GW solar target has been bifurcated into 60 GW of ground-mounted grid-connected and 40 GW of grid-connected rooftop solar power. Both modes have different routes of investment.

The government has come out with the concept of large solar parks, which would cater to about 70 per cent of the 60 GW ground-mounted grid-connected solar power target. The government was providing 30-40 per cent viability gap funding (VGF) from the National Clean Energy Fund. However, there is no demand for VGF given that the solar tariff has been reduced to less than the coal-based power tariff. Under the solar park scheme, the government is providing funds to develop basic infrastructure.

In the rooftop solar segment, the government is providing support to the states for the implementation of grid-connected rooftop installations. This scheme has provision to offer incentives ranging from 25 per cent to 60 per cent of the benchmark cost, depending on the category of the state. Besides, the sector is getting funds from international financial institutions.

What is the motivation behind the government’s plan to reclassify large hydro as renewable energy?

According to the International Renewable Energy Agency, renewable energy is defined as the energy derived from natural sources, which are replenished at a faster rate than they are consumed. Solar, wind, geothermal, hydro and some forms of biomass are common sources of renewable energy. However, wind, solar, wave and tidal energy are considered as variable renewable energy sources.

So far, hydropower has not grown expeditiously in our country. India has a hydro potential of about 148 GW. Of this, 44 GW (29 per cent) has been harnessed. The overall share of hydro in terms of installed capacity has declined from 50 per cent in 1962-63 to 14 per cent as of June 2017. However, generation from hydro stations during 2016-17 accounts for 10 per cent of the total energy generation.

The government has an agenda to ensure universal access to electricity, meet the nationally determined contribution commitment of non-fossil-based capacity of 40 per cent and achieve 175 GW of renewable capacity by 2022. Renewables need a balancing capacity and hydro will play a major role in this. Declaring hydro as renewable energy will make it eligible for all the benefits associated with renewables, which will, in turn, encourage developers to take up stalled hydro projects and realise the country’s hydro potential.

What are the key initiatives being taken by the government to promote manufacturing?

Do you think the Ujwal Discom Assurance Yojana (UDAY) will be a long-lasting solution for the state discoms to overcome their financial stress?

Since its inception, 26 states and one union territory (Puducherry) have joined UDAY. However, Tamil Nadu and West Bengal have not joined it. Under UDAY, 75 per cent of discom debt  taken over by the states and 60 per cent of capital expenditure by the centre (for improving infrastructure and reducing aggregate technical and commercial [AT&C] losses) are covered. The remaining debt and capital expenditure are being serviced by the discoms. UDAY will reduce the loan burden on discoms.

It has helped in reducing AT&C losses, which have come down to 20.2 per cent in 2016-17 from 21.1 per cent in 2015-16. In fact, Himachal Pradesh, Haryana, Goa, Rajasthan, Uttarakhand, Gujarat and Puducherry have shown a significant improvement in AT&C loss reduction. The power purchase cost has reduced in seven states – Goa, Jammu & Kashmir, Gujarat, Bihar, Andhra Pradesh, Telangana and Haryana. However, billing and collection efficiency needs to be improved.

UDAY may provide a sustainable path for discoms to overcome their financial stress. However, for long-term financial sustainability, they have to undertake structural reforms in terms of operational parameters.

What is the role of energy storage in resolving the intermittency problem of renewables?

The role of energy storage is critical in resolving the intermittency problem of renewable energy. There are various types of storage options available: hydro, battery energy storage systems (BESS), pumped hydro storage, gas-based power plants and thermal power plants. However, the main issue is the optimal use/location of various types of balancing energy sources/ energy storage devices so that the variability of renewable energy generation can be tackled in a smooth manner. Pumped storage power plants offer the unique advantage of acting as baseload in pump mode by raising the water to the upper reservoir in times of surplus power and operating in generating mode during deficit power situations. Further, large-sized batteries can be charged during off-peak hours and discharged at a faster rate or at a controlled rate when required. These batteries can also be used for balancing the variability of renewable generation, which further helps meet the balancing needs of the grid.

Given that the RPO targets are not being met, what is your view on the introduction of a renewable generation obligation (RGO) for thermal power producers?

The RGO will not be incremental to the RPO. The renewable energy produced by each coal/lignite-based thermal generator will be sold under the bundling scheme. In case an obligated entity procures renewable power, the state electricity regulatory commission will consider the entity to have met the RPO target to the extent of power bought from renewable energy generating units. Thus, RGO merely appears to bring thermal generators into the mix and make it convenient to meet the RPO. It will not result in expanding the requirement for renewable energy overall.

How can the country’s overall power situation be improved on the transmission, distribution and generation fronts?

Developments in the power sector emphasise the need for accelerated implementation of a national power grid to enable the scheduled/unscheduled exchange of power as well as provide open access to encourage competition in the power market. In view of this, a nationwide synchronous power grid, interconnecting all the five regional grids, was established with the commissioning of the 765 kV single circuit Raichur-Sholapur line on December 31, 2013. Further, the interregional transmission capacity has been increased from 27,750 MW as of March 2012 to 76,550 MW as of June 2017 and the inter-regional transfer capacity requirement would be 118,050 MW by 2021-22 to meet the increasing load requirement. Power Grid Corporation of India Limited is working to augment the transmission capacity as per the load requirement.

In order to enable continuous supply, the government has taken up a joint initiative with all the states to provide 24×7 power to all. In fact, schemes such as the Deendayal Upadhyaya Gram Jyoti Yojana for rural areas and the Integrated Power Development Scheme for urban areas complement this move. The government also notified UDAY in 2015 for the operational and financial turnaround of discoms. The efforts under UDAY will help reduce AT&C losses to 15 per cent and eliminate the gap between the cost of supply and the average tariff by 2018-19.

Further, distribution is largely state government owned and there is a need to push a market-oriented financial model to usher in competition and create an electricity market. The distribution segment may improve if focus is laid on providing open access to all categories of consumers irrespective of load, expansion of the electricity market through power exchanges and active participation of central/state power sector undertakings in short-term sale or purchase of electricity. There is also a strong need to separate “content” from “carriage” to usher in competition and provide more choices to consumers.

At present, the country is in a comfortable position on the power supply and generation fronts. In 2016-17, peak and energy deficits were only 1.6 per cent and 0.7 per cent respectively. The country’s total installed capacity is 329 GW and 50 GW is under construction. Over and above, we have a target of 175 GW of renewable capacity addition by 2022. Therefore, as far as supply is concerned, generation capacity is in a comfortable position.

What is your outlook for the power sector in general and renewable energy in particular?

Overall, power sector growth has been encouraging at about 4 per cent. As of July 2017, the overall installed capacity was about 329,000 MW, of which, 60,000 MW is renewable power (wind and solar), 44,600 MW is hydro and 6,780 MW is nuclear. The share of renewable capacity in the overall installed power capacity is likely to increase. According to the Central Electricity Authority, no coal-based power is expected to be added beyond 2022; hence, the future lies only in renewable energy.

September 2020
India’s renewable power sector has witnessed increasing investments over the past few years, particularly in the solar and wind segments on account ...
More 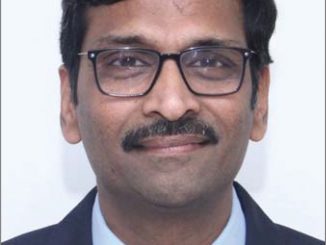 Interview with K.V.S. Baba
“POSOCO has a critical role in the energy value chain” 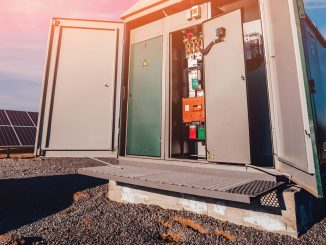 November 2020
The past decade has seen the maturing of renewable energy sources such as solar and wind, for the sector to emerge as the largest source of new capaci...
More