The concept of net metering originated in the US in 1983, following requests from grid-connected customers with micro solar photovoltaic (PV) and wind facilities. The first formal pilot programme was introduced in California in 1995 and was implemented in 1996. In 1998, Denmark also adopted a pilot net metering programme.

Currently, there are over 40 countries around the world that have adopted some form of net metering. Some of the other countries, including the UK, Germany and Thailand, have adopted the feed-in tariff approach for the offtake of surplus electricity even for small-distributed generation at the residential scale. A few countries have adopted more than one mechanism.

While most of these countries have a national net metering policy in place, there are some that have adopted net metering at the state, utility or municipal level. The policy rules vary widely among countries on parameters such as aggregate cap, individual facility size, treatment of excess generation and measures for customer or utility compensation. However, there are a few common themes such as starting with a restricted or pilot approach and expanding thereafter; determining the individual system size or the maximum output; similar implementation procedures for small-scale systems; and periodic regulatory review and policy revisions across the country.

The policy differences depend on factors such as the country’s power sector scenario, the policy objective behind net metering, the availability of financial incentives, and the extent of concern over the impact of net metering on utilities and other ratepayers.

In the US, net metering is adopted at the state level under the federal policy for state regulators. So far, 46 states, the District of Columbia and four US overseas territories Puerto Rico, Guam, Virgin Islands and American Samoa have implemented net metering. In most of the states, all renewable energy sources are eligible for net metering, including wave-, tidal-, ocean- and fuel cell-generated power, depending on their availability. In terms of size, net metering can be applied to plants ranging from 20 kW to 80 MW, with most of them in the range of 100 kW to 1 MW. Aggregate net metering caps are generally 1-6 per cent of the peak demand.

Some notable features of California’s successful net metering adoption are automatic approval procedures for systems up to 30 kW; fast approval procedures for up to 2 MW and the requirement for individual system impact studies for larger systems; provisions for virtual and aggregate metering; and permission for “multi-site banking” in the case of government offices and universities.

Since the implementation of net metering in the US in 1996, the country has installed 302,380 net-metered systems. More than 61,400 grid-connected PV systems were installed in the country by 2011 and around 89,620 by 2012. The number has since been increasing at an average rate of 30-32 per cent. In terms of capacity, distributed solar PV reached 44.7 GW in March 2017 as compared to 200 MW of grid-connected solar capacity installed till 2005, before the passage of the Energy Policy Act, which advocated net metering. In most cases, the states with higher individual system limits (>1 MW) have seen the highest uptake of net metering, leading to about 80 per cent of the installed capacity being concentrated in five states California, New Jersey, Arizona, Hawaii and Massachusetts.

In states such as California, long-term utility resource planning includes customer-sited generation based on load forecasts, and historical and anticipated customer generation. For example, in June 2009, the California Energy Commission denied an application to build the 100 MW natural gas-fired Chula Vista peaking plant, stating that distributed solar could be a viable alternative. Thus, net metering has helped not only in the successful implementation of renewables, but also in forecasting power demand.

Denmark has one of the highest electricity prices in the world for domestic consumers, but the country offers major subsidies to support net metering, and a range of compensation mechanisms for customers, depending on factors such as system size and technology type. Like California, Denmark also has automatic approval procedures for systems ranging from 6 kW to 11 kW and speedy application procedures for projects up to 1.5 MW. Solar PV systems of up to 6 kW receive separate treatment as they do not receive any payment for surplus power generated, but offset it against the customer bill. All other technologies receive periodic payment for surplus generation.

Moreover, the utility is compensated for any revenue impact by paying the differential between the net metering tariff and any upside on the Nord Pool spot market. They are also paid in the form of a renewable energy surcharge applied to the electricity tariff on all customers. The compensation is adjusted quarterly for all utilities. The contract period is fixed in each revision of the net metering regulation. Even if the net metering rules change in subsequent years, the contract provisions are guaranteed for all systems installed under that revision.

Since 1998, Denmark has been practising net metering, with 790 MW of solar PV installations as of December 2015. Some net metering customers generate energy for multiple end-users on site using more than one renewable energy source. In Denmark, net metering systems are collectively or cooperatively owned under the Act for the Promotion of Renewable Energy, 2008. This has also been extended to local electricity distribution, with 60 of the 89 network companies operating in Denmark being owned collectively and supplying more than 50 per cent of Denmark’s customers.

Tunisia is the first low-income African country to have implemented net metering focusing on solar PV systems at the residential level. The regulations in Tunisia cap the individual system size to the contract size of the customer and the net metering customer export to 30 per cent of the generation except in the case of biomass, which has a cap of 15 MW. Tunisia’s net metering policy allows for both power wheeling and multi-site banking.

Between 2004 and 2016, 701 residential net metering solar PV connections were installed in the country. In addition, the net metering support programme led to the formation of 30 new solar PV installation companies and development of the first PV module manufacturing facility with an annual capacity of 25 MWp. Net metering has helped in the installation of PV systems in the residential segment, which requires no upfront investment. Further, PV production correlates with the mid-day peak demand, thus saving gas and other fossil fuels.

While net metering has been quite successful in several countries, it faces a number of chronic challenges. Net metering requires cross-subsidy because the participating customers are paid a retail rate for the power they sell to the electric company. This power displaces electricity bought by the electric company at a wholesale rate. Moreover, the subsidy tends to be regressive since the customers who install renewable energy systems and benefit from net metering are usually better off than the average electric company customer.

Neighbourhood net metering can impose an administrative burden on electric companies and competitive suppliers as it requires a mechanism to resolve disputes among the participating customers. In addition, the company or supplier needs to enter into an agreement with customers to identify how the credits would be shared amongst them.

The initial intent of introducing net metering policies was to incentivise early adoption of renewable systems. Now that the cost of solar power systems has come down significantly, there is no need to continue large subsidies. Net metering is an important part of the global energy future, and the electric grid is the essential infrastructure that helps deliver renewable energy to customers. It is important that policymakers and regulators consider all possible approaches while looking to reform outdated net metering policies to reduce the cost burden on utilities, and enacting new policies that ensure a bright and sustainable future for renewables. 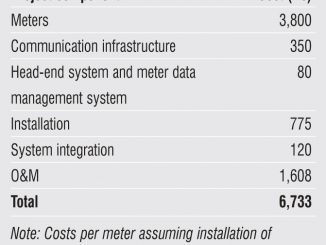 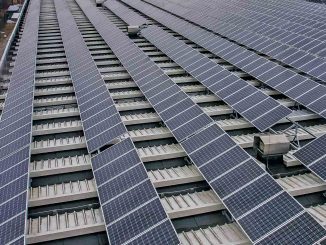 September 2018
The National Capital Territory (NCT) of Delhi recorded an energy demand of 31,825 million units in 2017-18, the eleventh highest in the country, despi...
More